watermelon & the Fourth of July

A thick wedge of watermelon has long been considered a Fourth of July staple. We wouldn't want to ruin the tradition, would we? Following our picnic dinner with friends, we broke out the local watermelon. 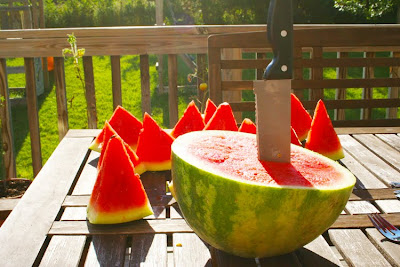 A good summer watermelon is like the Pied Piper, or so says my friend Jenni. As soon as the sweet, sticky juice began running between the table slats, the children were flocked up to the deck. 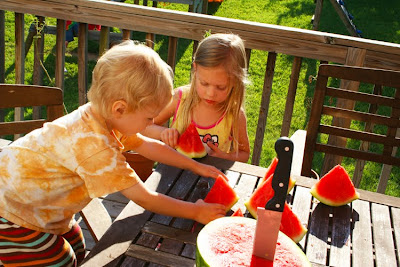 You've never heard such a quiet play structure, full of children with their faces buried in the green rinds, elbows becoming red and sticky. 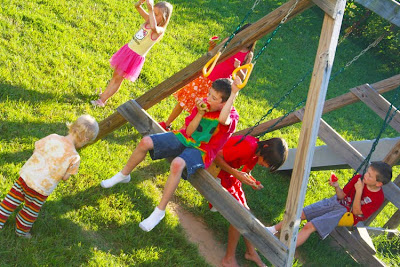 Aren't they the picture of summer? 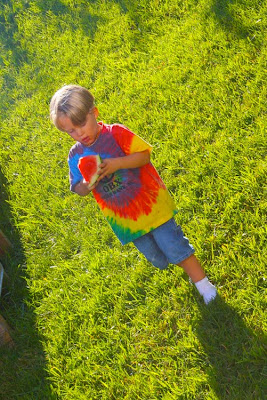 Even the littlest guy enjoyed his own fat slice of juicy watermelon. 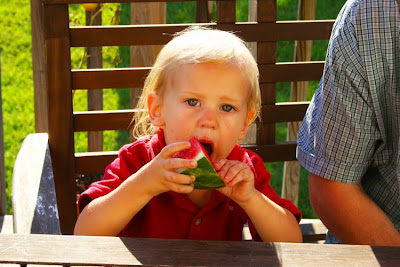 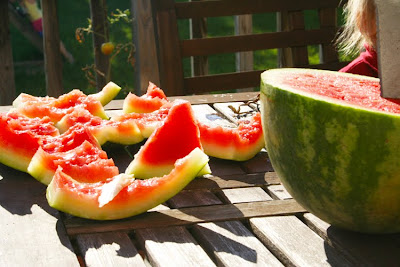