Our first weekend of autumn was quite rainy and cooler than the previous few weeks have been. We spent most of the day Saturday finding indoor activities to occupy our attention. To start, we flipped through a new cookbook (new to our house, at least) called BabyCakes (after the bakery of the same name in NYC) and found a delicious recipe for vegan spelt raspberry scones. They were divine! (Later in the evening, we also made the chocolate chip cookies from the same book, but they were gone too quickly to photograph!) 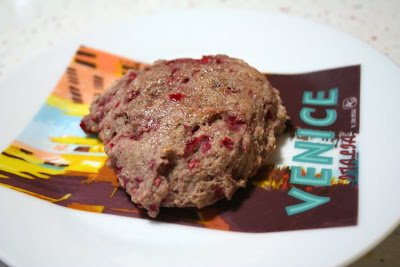 Once our tummies were full, we decided to work on a dried apple slices project to hang over our nature table. We had a delightful time slicing, then smelling the apples as they dried in the oven. We strung the dried apple slices with a simple needle and thread. 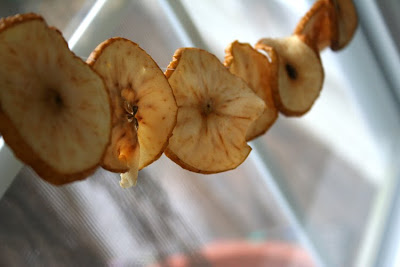 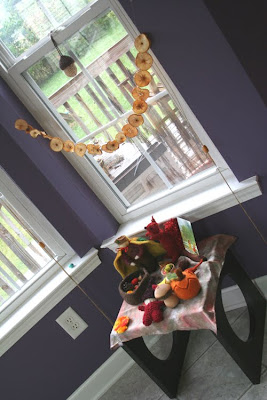 The rest of the day passed in a less structured fashion. Well...there were structures, actually. Out of wooden Kapla blocks. 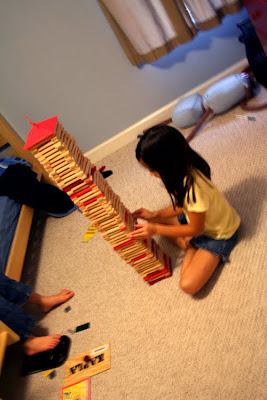 Then out of a pile of legos. Better not get too close to that structure! 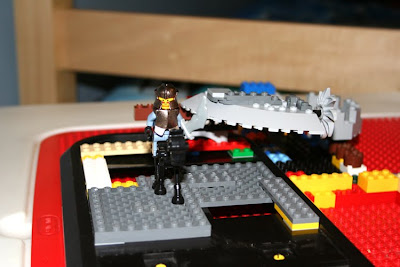 When the sun came out, we hit the road, and Philip became a two-wheel-ridin' kind of guy. He's concentrating so hard! 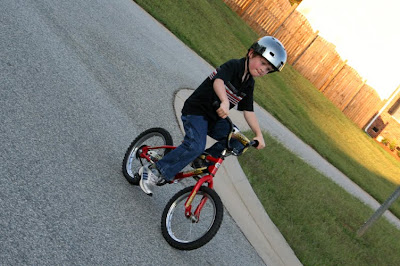 A very sweet weekend was had by all. We're glad you're here, Fall! 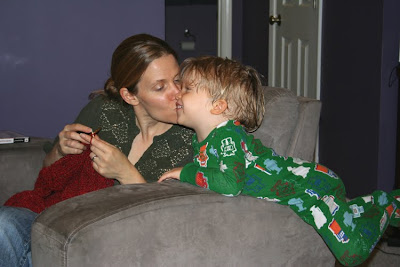