I grew up around gardening and food preservation. My grandmother gardened and stocked up a large portion of her food for the fall, winter and early spring. She passed her time-honored skills and knowledge to my father and his sister, who joined her around the kitchen stove to can, chop, freeze and preserve food for myself, my brother, and my cousins. It seemed like a normal past time of summer for my aunt and cousins to drive 6 hours to our house then spend the next 3 days canning tomatoes from morning until night or blanching, chopping, and freezing corn from the cob. 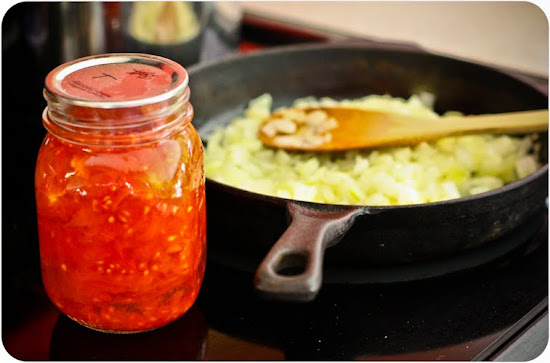 In my youth, I spent little time involved in food preservation other than some corn shucking, bean snapping, and muddying myself in a few fields. As I've gotten older and developed a firm belief in the importance of being able to preserve ones own food, I've tried to dedicate more time to this lost art. I spent a few years mostly preserving jams and freezing a few veggies. Quitting my full-time job last year really allowed me to delve further into food preservation. 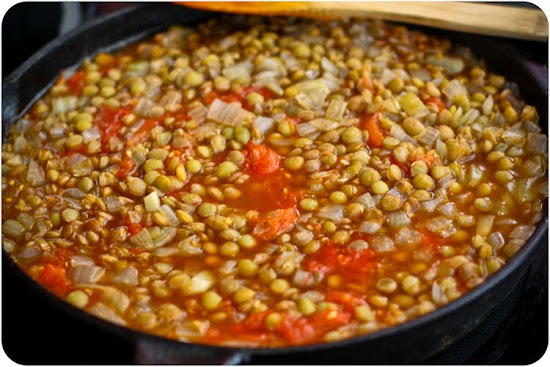 I'm thrilled that we bought no canned tomatoes from the store over the last year (because I'm not buying the FDA's opinion of BPA in can linings) but we're down to our last few jars so I'm hoping the field tomatoes show up soon at the farmer's market. We've also had plenty of frozen apples for making applesauce (and pies!), frozen field peas, frozen cooked pumpkin, dried basil, and more jam than we'll ever use before berries are ripe again. It's not my grandmother's stash of preserved food, or my parents, but it felt so good to pull out each jar or bag and know, remember the experience and appreciate the hard work that brought this food to us during the winter months. 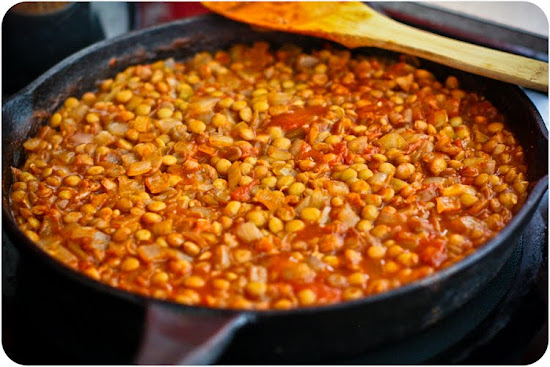 I'm writing this here now as a reminder for myself during this summer. The hard work, the time, the energy, the sore muscles, even the hot kitchen are worth the savory soups and stew, pies and breads, and all of the remembrances during the winter. As I now see the peeping bits of herbs rising from my pots, I'm thankful for summer's bounty to come. 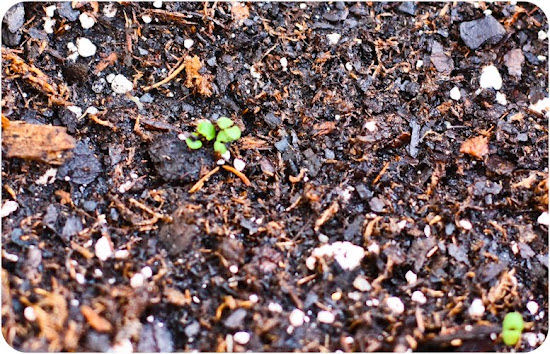 The dish above is one of our staples, Lentils with Tomatoes and Onions. We've probably used half of our preserved tomatoes making this dish.
Lentils with Tomatoes and Onions (adapted from Vegetable Heaven)
1 cup dried lentils
1 large onion
1 pint stewed or chopped tomatoes
1 Tbsp olive oil
1.5 Tbsp balsamic vinegar
2 Tbsp brown sugar
1 rounded Tbsp homemade ketchup (or whatever kind you use)
Cook lentils in 2 cups of water until soft, about 20 minutes. (I also soak my lentils for 8-12 hours before cooking.) Sautee onions in olive oil until the onions are clear. Add remaining ingredients and simmer for 20-30 minutes until sauce has thickened. I generally add about 1/2 tsp of salt at the end just before serving.
Posted by Joy at 5:58 PM