Elizabeth is fortunate to be a part of a class (and a school!) that takes art, performance, singing and dancing as seriously as the core curriculum. Her class has been learning, casting, singing, performing and practicing for their class play (coming up in 2 days!) since almost the beginning of the school year. One of the things the class is focusing on is theatrical makeup, and the class was fortunate to have an expert in the field come to demonstrate specific makeup artistry, such as enlarging the eyes, applying a bruise, and aging a performer. 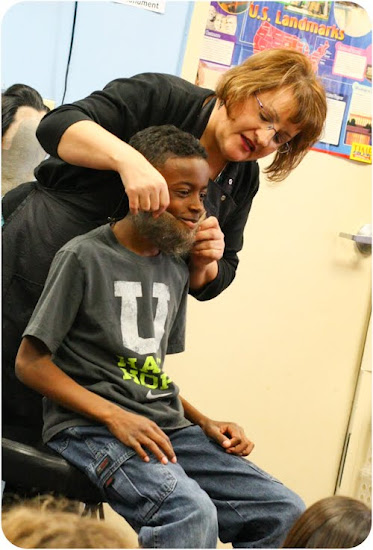 Martha Ruskai, who taught Elizabeth's class the workshop on theatrical makeup, developed the wig and makeup program at NC School of the Arts and has written a book on wig making, in addition to working on numerous plays, broadway shows and movie productions. 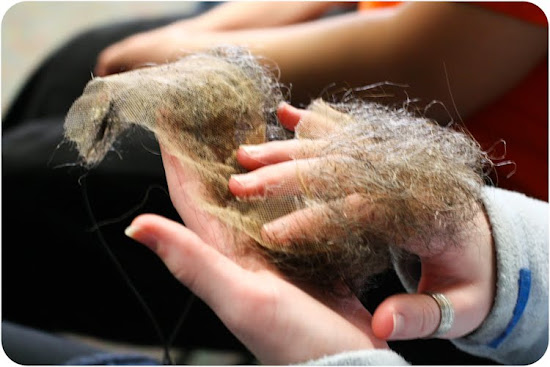 She allowed the students to hold several wig and facial pieces, such as this fake nose. 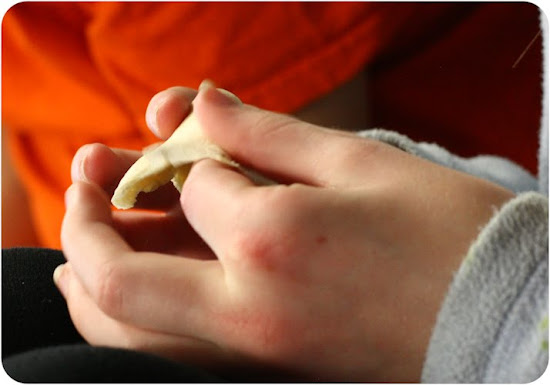 Then she began teaching the students how to apply theatrical makeup, starting with enlarging their eyes with eyeliner. 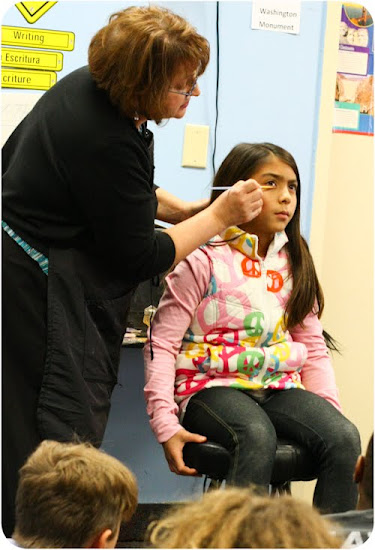 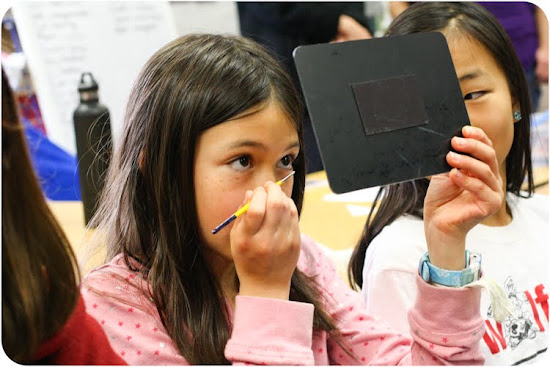 She also taught them how to apply a bruise, as there will be a fight scene in their production. 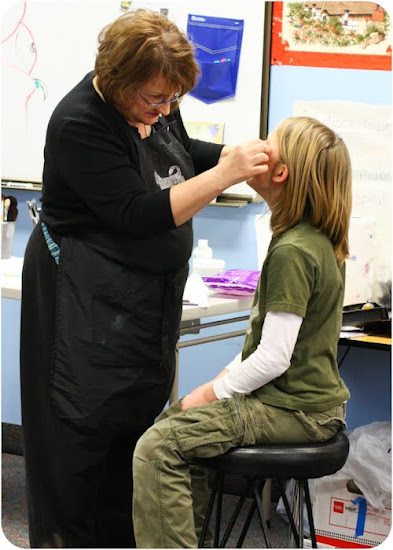 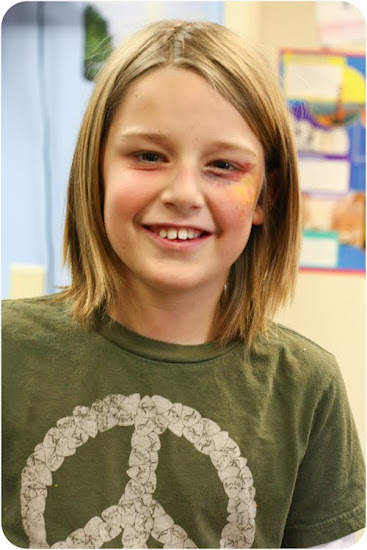 So many students were quickly adept at applying realistic bruises. (And you should have seen the students in pickup line that day...all bruised up!) 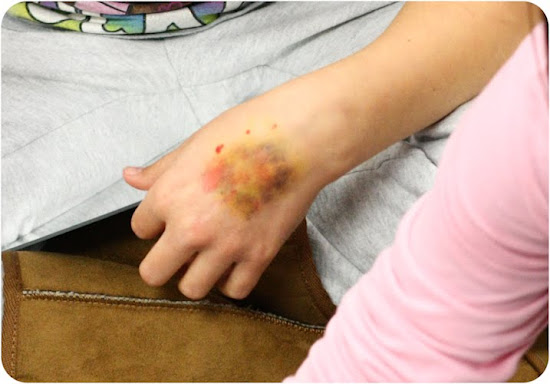 She then taught the students how to age their faces by emphasizing facial lines and shadows. 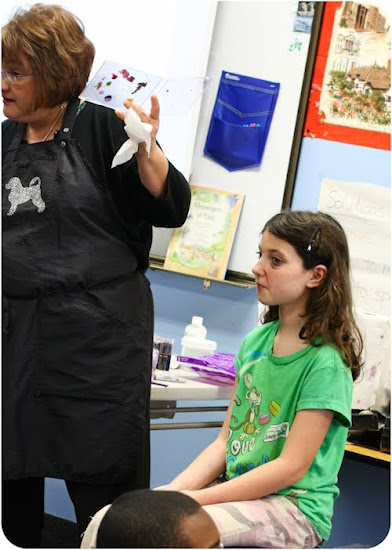 It's funny to see how silly the makeup looks up close but how it really emphasizes the aging process from far away. 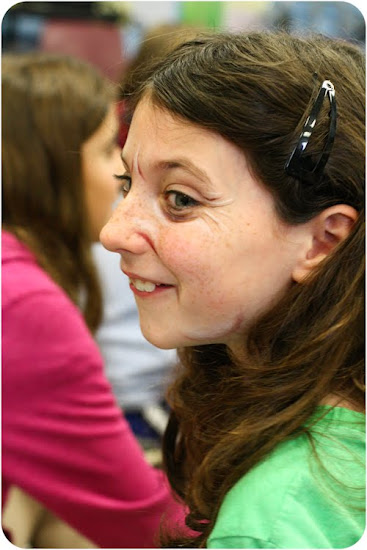 What a delightful experience for the 5th graders to learn about theatrical makeup for their school play! A lucky group, indeed!
Posted by Joy at 8:57 PM