Joining Ginny again for Yarn Along, I was fortunate enough to find plenty of time for reading on our trip to Alaska, although a trip to the library yesterday meant that I only have one book left to show you. I read Jaycee Dugard's A Stolen Life and Matt Logelin's Two Kisses for Maddy, and both were moving memoirs from people dealt an extraordinary difficult lot in life who are doing a marvelous job overcoming adversity. Both can be graphic in description (Dugard's, in the description of what happened to her; and Logelin's, in the description of his grief) so just a word of warning there. After finishing those two, I began A Tale of Two Lives by Marie S. Walsh, the memoir of the suburban mother who was arrested 30 years after she escaped from jail where she was serving 10-20 on trumped up drug selling charges. It's an interesting look at the judicial system in an area where local police officers, attorneys and judges will do anything to further their own careers, including ruin the lives of those less fortunate or less prestigious. 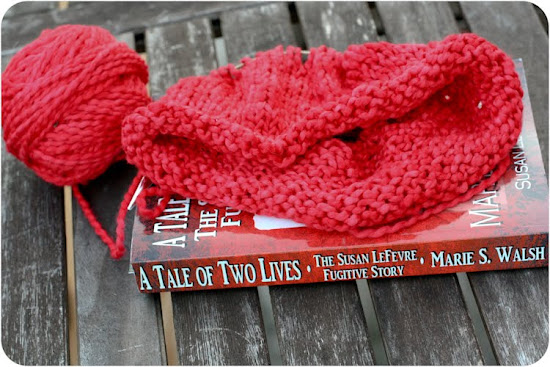 Also, while on our trip, I began my yearly stocking stuffer hats for the kids. Finn picked out this Punta Yarns bulky cotton in cherry red that he loved, but I only brought my size 11 needle when I really needed a 10, so I'll likely frog it and start over on 10s. Fortunately bulky hats knit quickly! 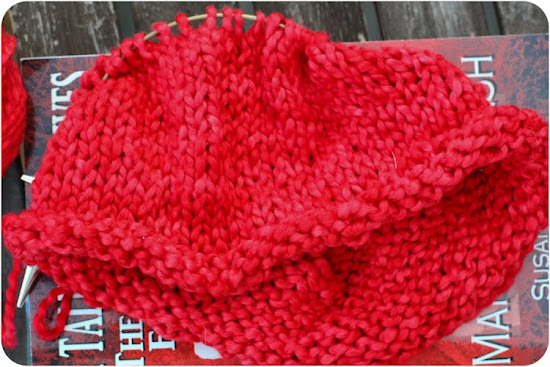 Paulie wanted another hat identical to his favorite, which I knit 2 years ago from yarn from South Africa. I did find a similar yarn in my stash though, an organic wool from Lorna's Laces. I used smaller needles to accompany the DK weight, but the hat is nice and stretchy and longer than his old one so I think it will fit nicely. 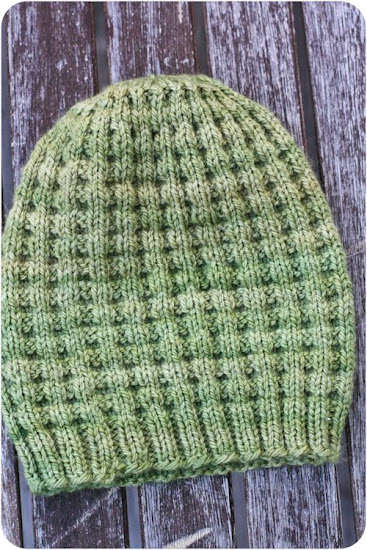