This morning, bright and early, we headed out of Denali toward Alyeska, which is about an hour south of Anchorage, not too far from the Portage Glacier tour we took on our first day in Alaska. We spent a good bit of the day traveling, but the mountains all around and clear weather made it worth the scenic drive. As we were nearing our destination, we were treated with an appearance by some Dall Sheep on a cliff near the Seward Highway. 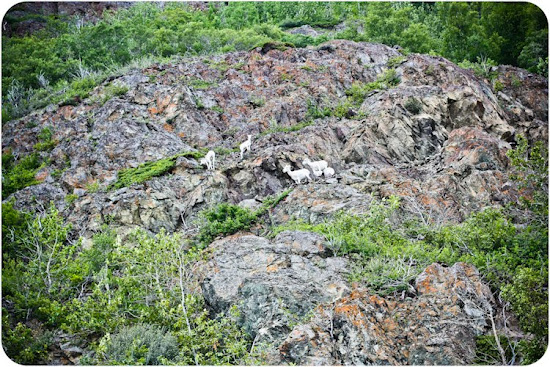 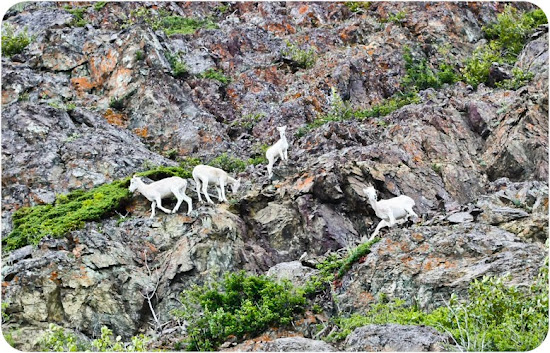 So beautiful and elegant they were jumping from cliff to cliff and over the rocky terrain. 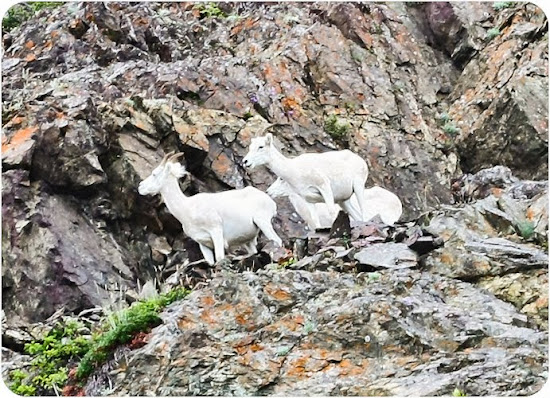 Once we arrived at Alyeska, this is the sight we were treated with: 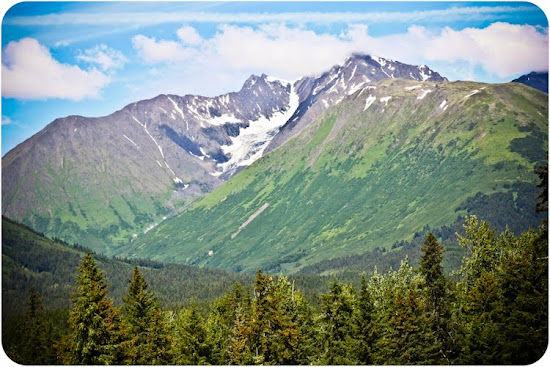 And the view out of our expansive hotel window: 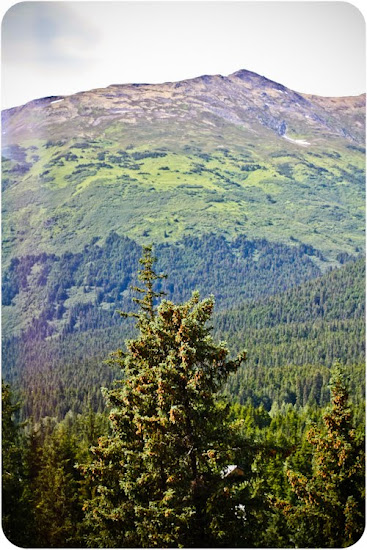 After letting the kids burn off some steam for about an hour in the hotel's salt water pool, we headed up to the tram to the Seven Glacier Restaurant on top of the mountain. 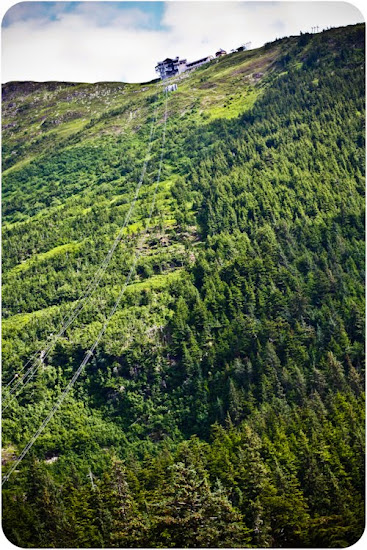 While we were waiting for the tram, we basked in the glow of the late afternoon sunshine and the mountains peeking in around us. 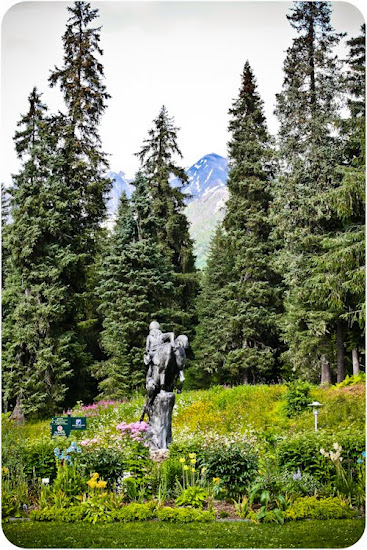 Upon lifting in the tram, I wanted to be in 4 different places at once taking photos from all of them! This is the view to the west as we were riding north in the tram. 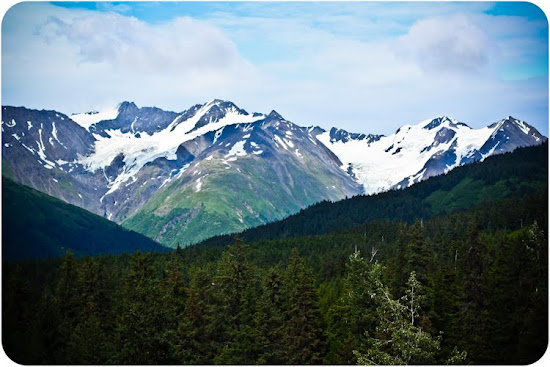 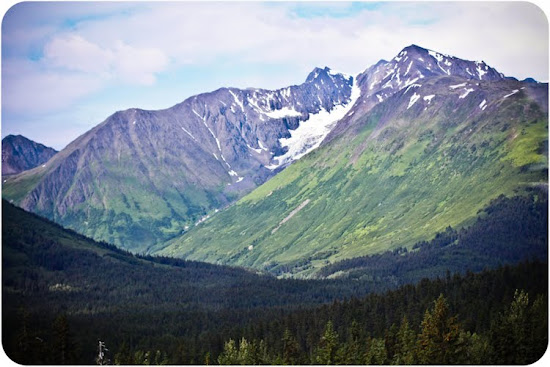 And straight up to the tram drop off and restaurant: 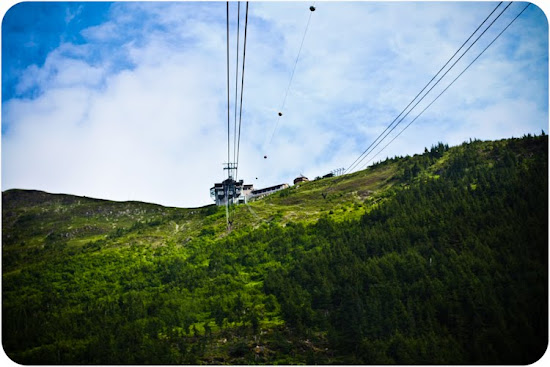 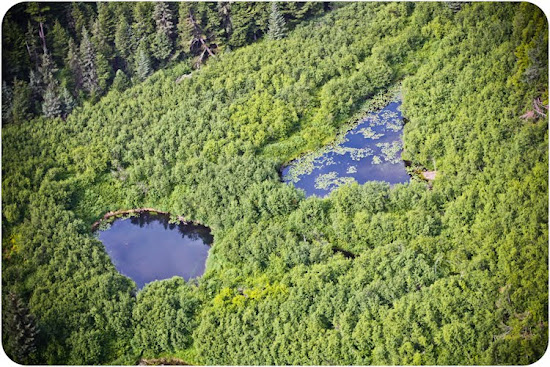 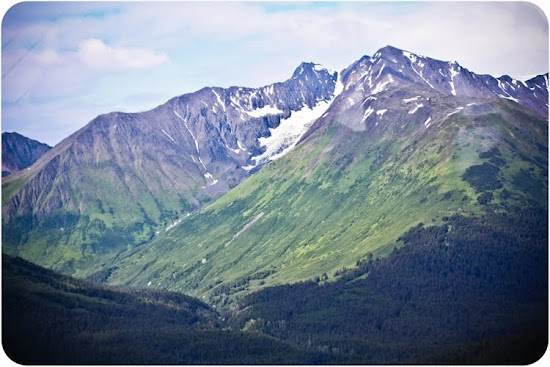 And once we were at the top heading to our dinner reservation, I couldn't help pausing for a few more photos from the top of the mountain. 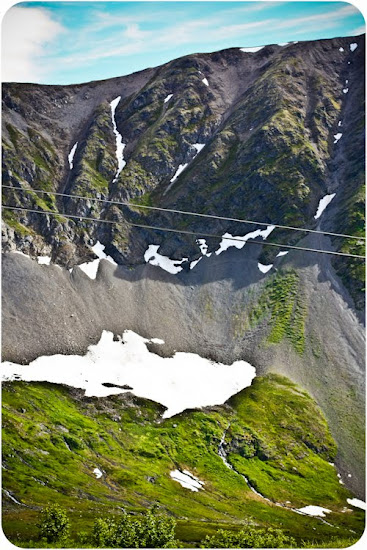 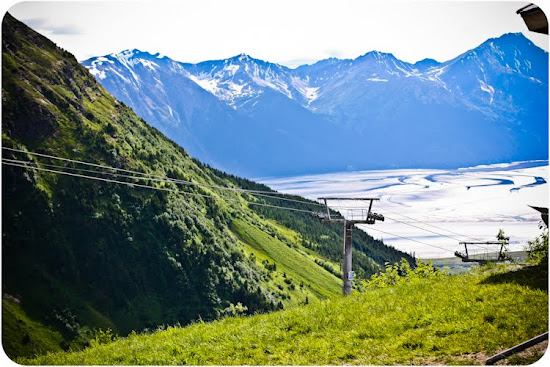 After dinner, I walked around the property taking a few more photos, 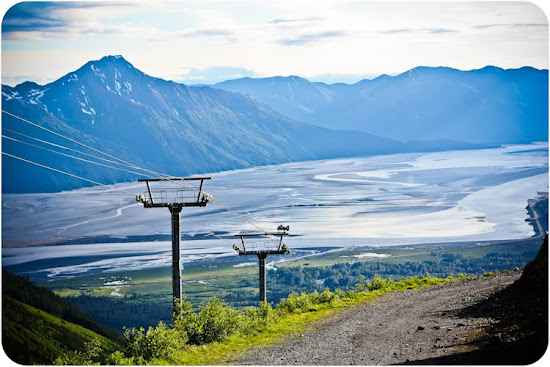 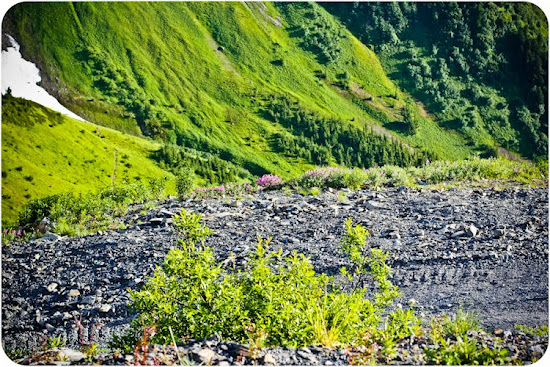 and captured a paraglider shortly after takeoff. 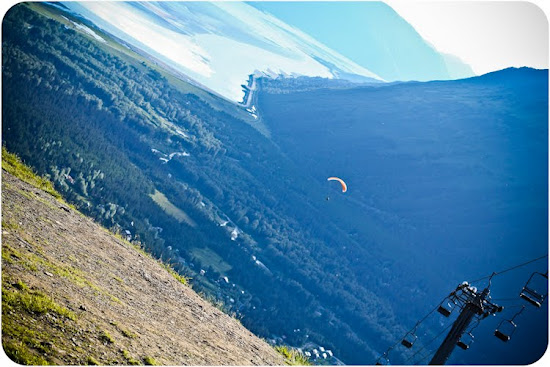 A few more shots from every direction I could manage atop the mountain. 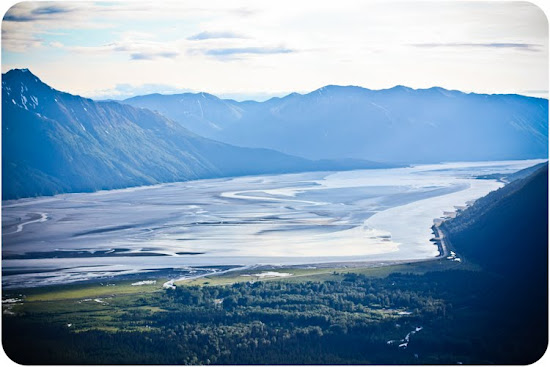 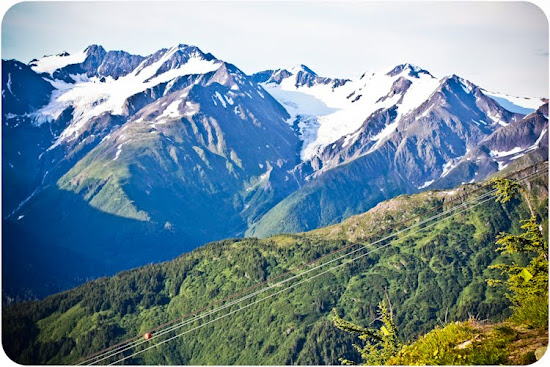 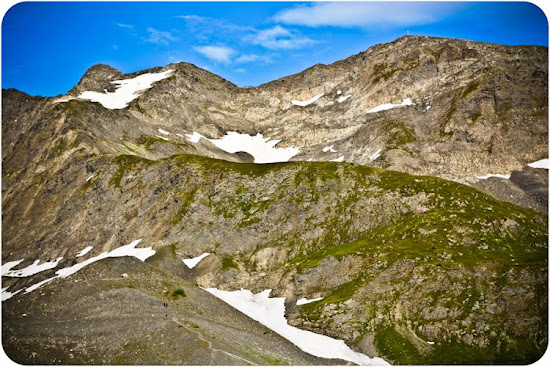 Then it was time to head back down the tram. 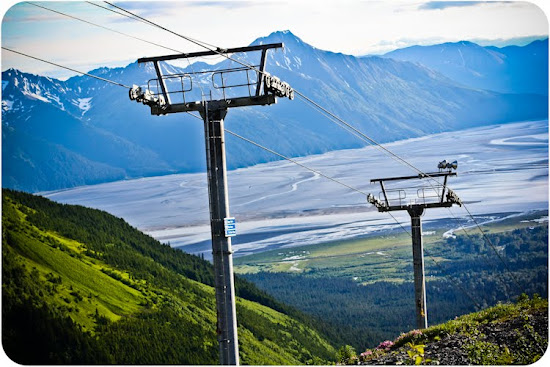 with snowballs in tow (apparently they found more areas to explore than I did!) 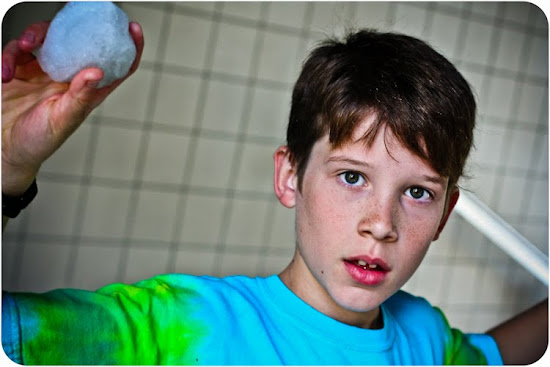 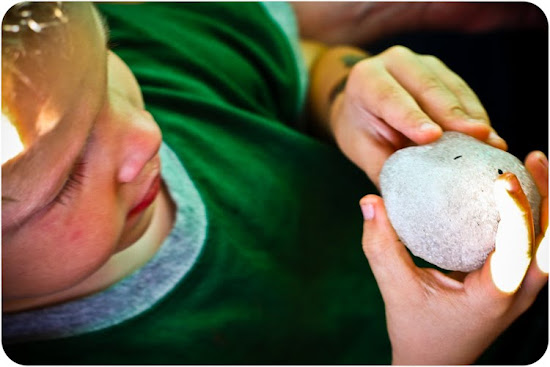 We descended the mountain and I took photos from the east side this time. 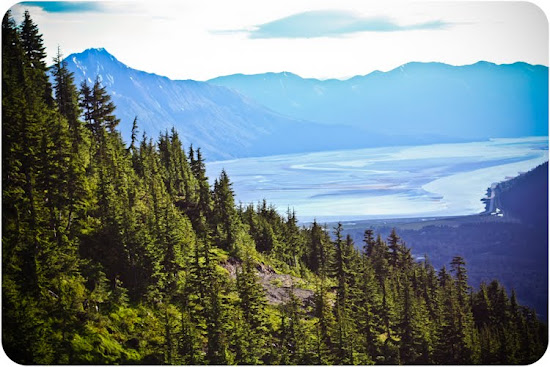 And a shot of the hotel as we headed down. 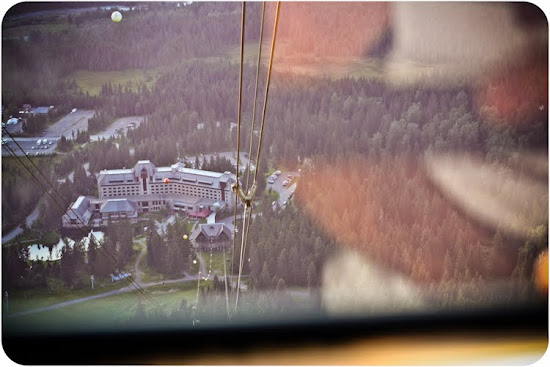 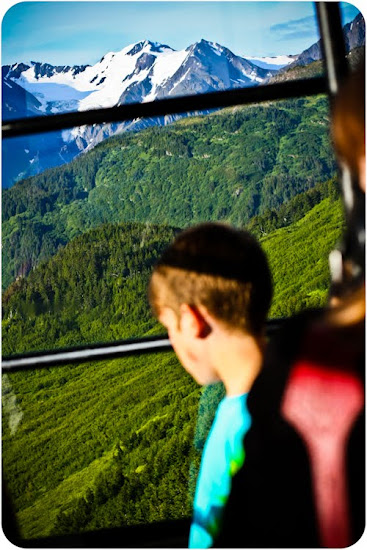 When we arrived, the kids needed to throw their snowballs, of course! 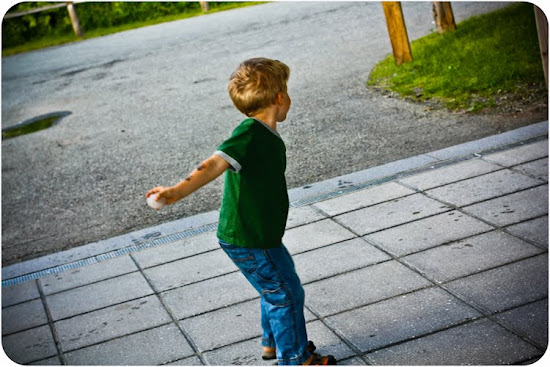 What a fun time we had exploring the Alyeska mountain and catching the view from the tram. We can't wait to explore this place more tomorrow! 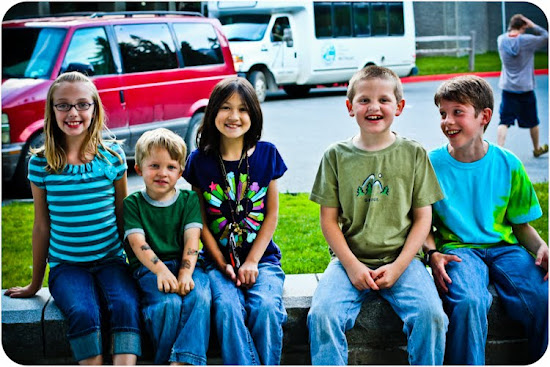