This is officially the last post of all things Alaska. There were a few minor adventures that I didn't want to include in some of our bigger days so I decided to save them for the end and put them all together. They definitely deserve mentioning; I mean, we went to the North Pole, for goodness sake. 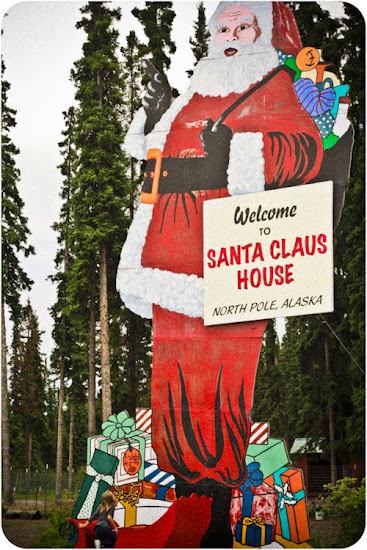 Speaking of which, when I told the kids we were going to the North Pole to visit Santa's House, they all looked at me quizzically and said, "The north pole is NOT in Alaska!" 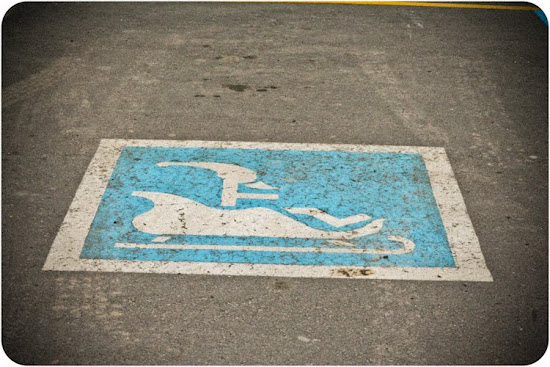 Although North Pole, Alaska would have you think otherwise. 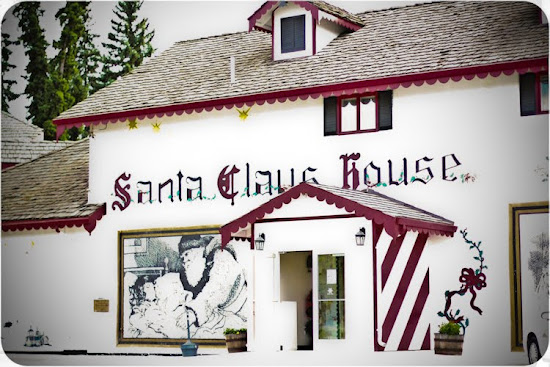 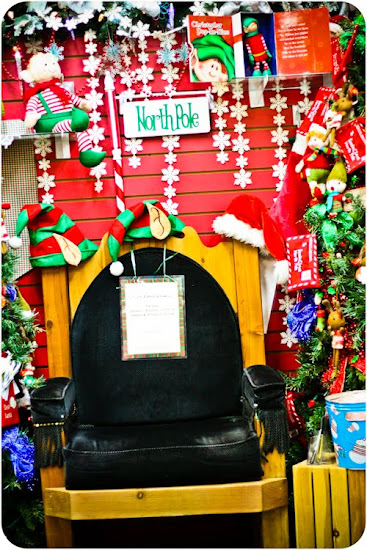 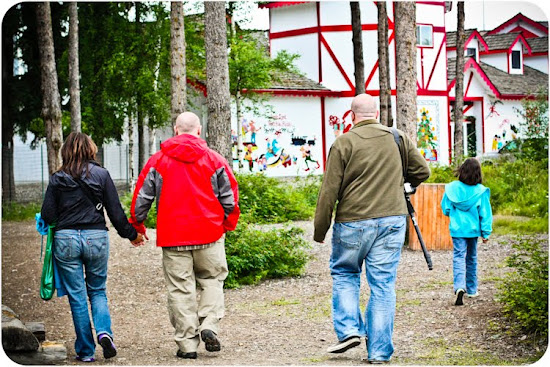 We did meet a few reindeer and the house was a pretty cool experience with some lovely handmade ornaments that I fell in love with. 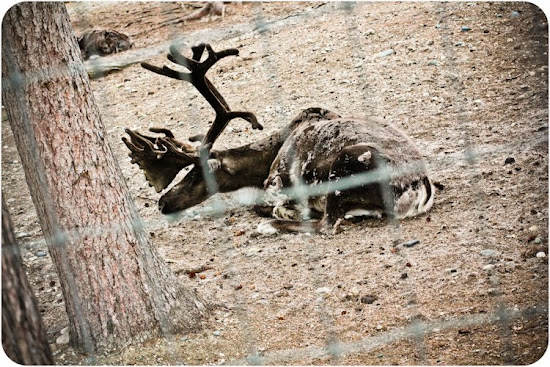 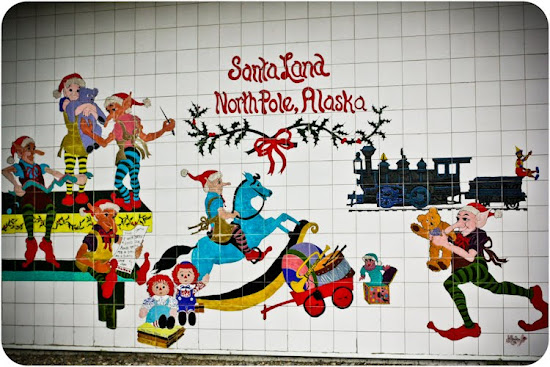 And the kids were able to pile into Santa's sleigh. How cool is that?! 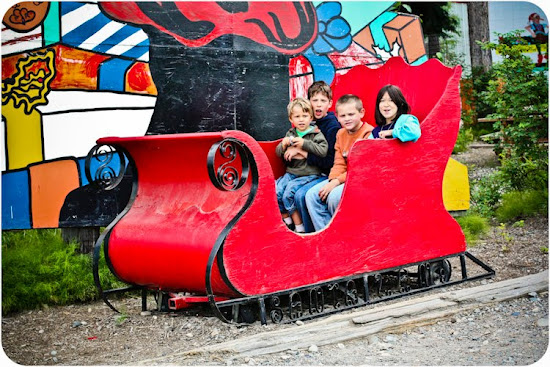 We also visited one of the Trans-Alaska Pipeline sites. This site, near Fairbanks, had a visitors center with lots of info on the pipeline, it's purpose, and the building and management of the pipeline. 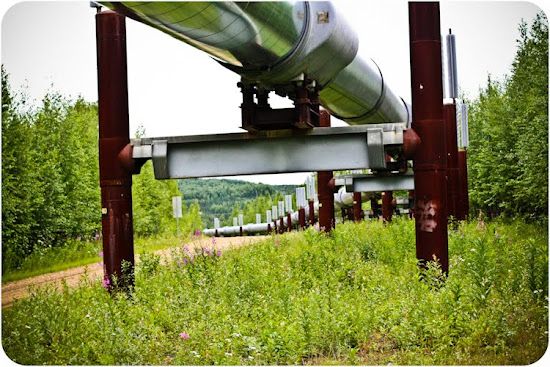 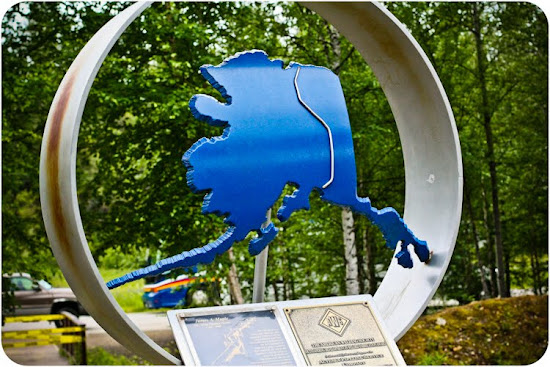 Paulie had to jump up and touch it, of course. 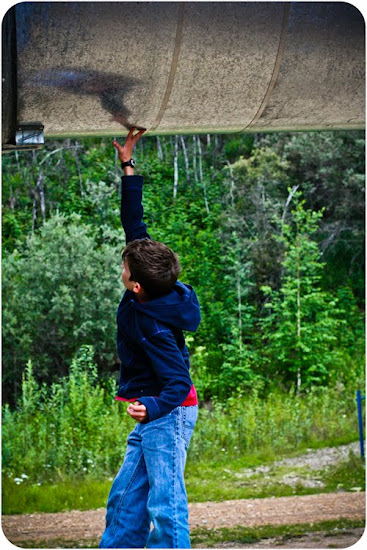 Our last evening in Fairbanks, we visited Pioneer Park, which Paul and his siblings actually visited as children. 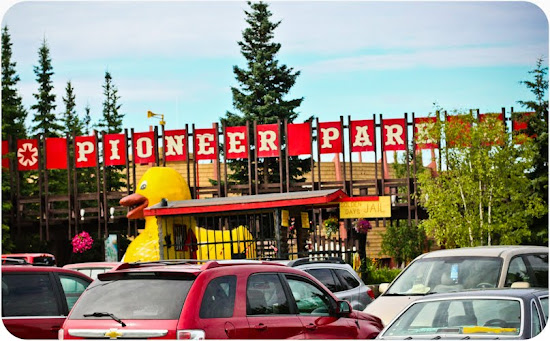 They had lots of cool memorabilia and artifacts from the early days of Fairbanks, including the railcar that Warren G. Harding rode in during his Presidential visit to Alaska. 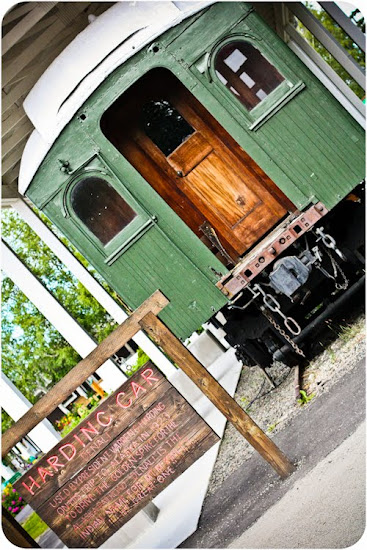 I think the most popular attraction though was the -40 cooler room that you could visit. 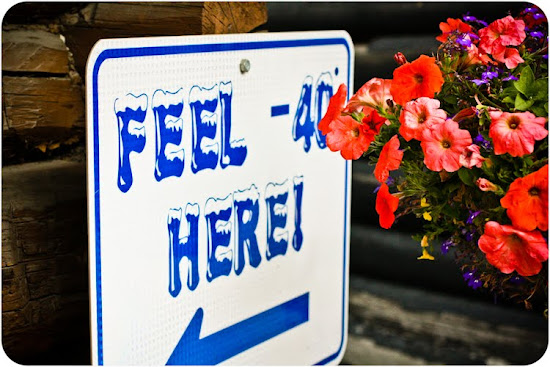 They weren't kidding! It's really 40 below! 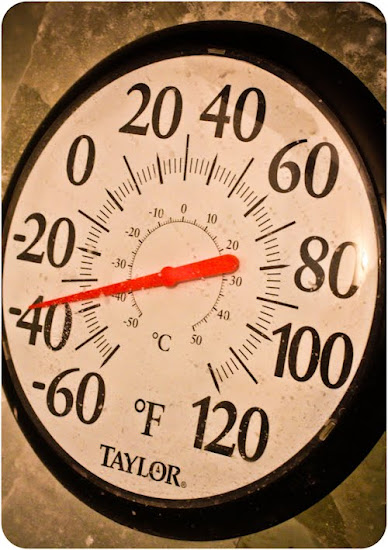 Paulie brought a cup of hot water to watch evaporate before it hit the ground. Philip brought one too and actually threw it on Paul requiring him to make a hasty exit with a frozen-burning scalp. 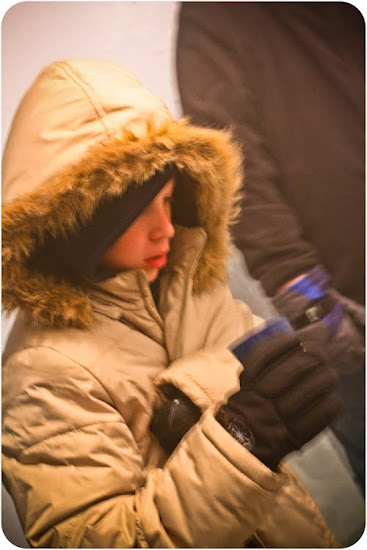 The rest of the walk around the park was less eventful, and it was a fun place to spend an afternoon learning about the pioneer days of Fairbanks. 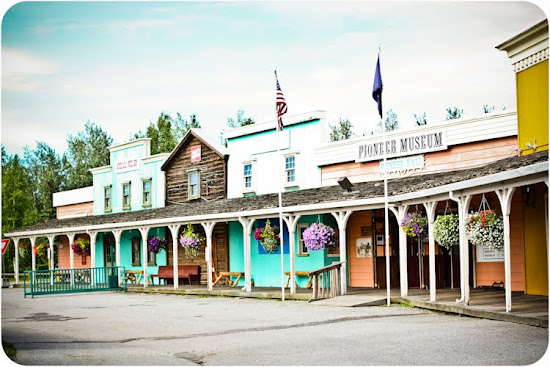 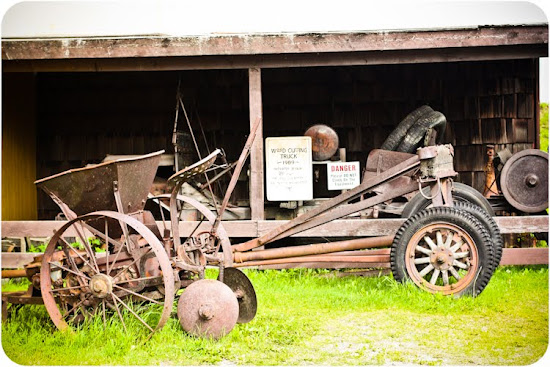 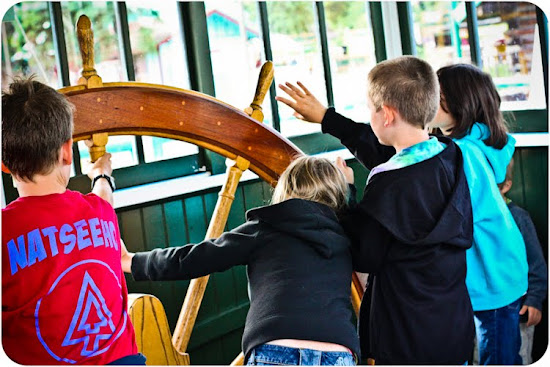 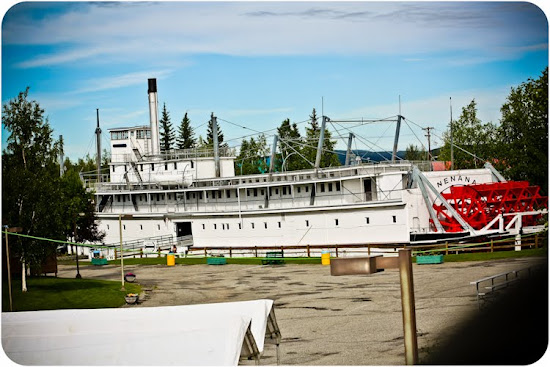 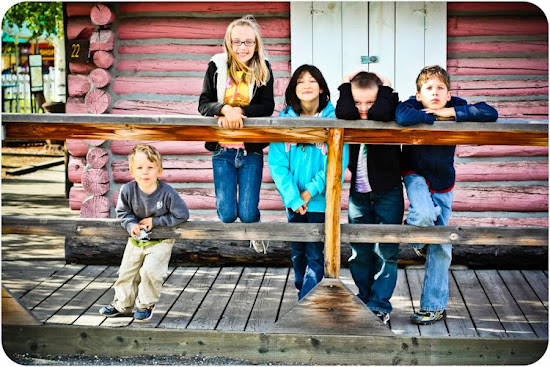