The last day we were in Alaska was a mostly full day since our flight didn't leave for home until 9 pm. Paul and I spent the morning on a hike since the kids were on a fishing trip with their aunts and uncles. We headed out just after breakfast and were met immediately with Fireweed illuminated by the morning sun. I realized at that moment that I think we saw Fireweed every day we were in Alaska, which might have been the only wildflower (except perhaps yarrow) that we saw every single day. 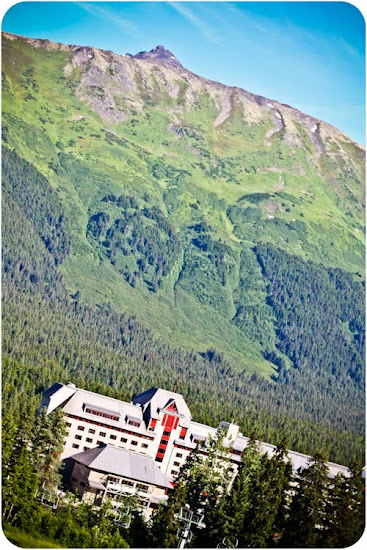 On the map, Blueberry Hill looks very small, and it is compared to the mountain which the tram rides up to, which Paul and Paulie actually hiked right before we had to leave for the airport (2 miles up 2000 ft elevation), but Blueberry Hill is the hill that the ski lift climbs so it's no small potato itself. 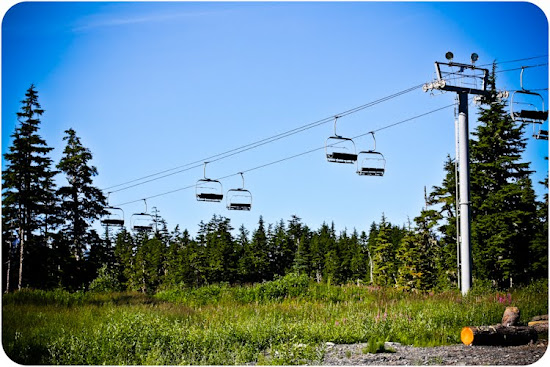 Once we got we near the top of Blueberry Hill (and I can't say that without thinking of Blueberries for Sal), we found several large patches of Cottonweed, like a giant spilled his bag of cotton balls in clumps on the ground.. 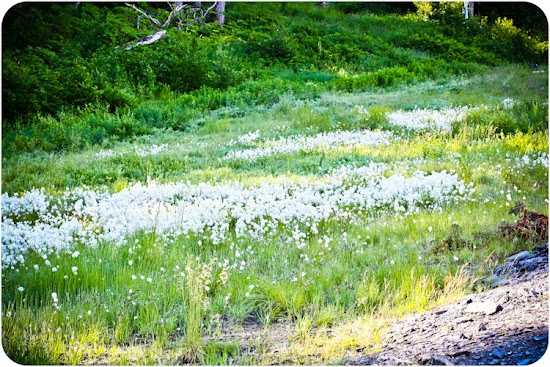 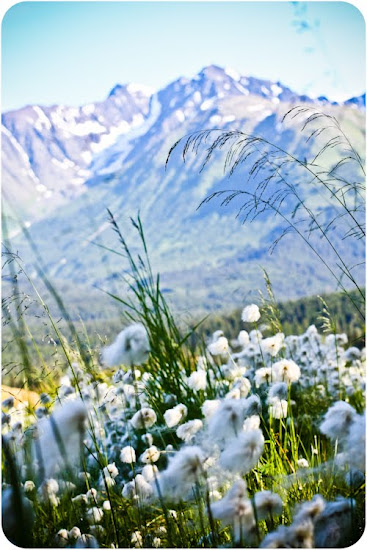 And there we found the entrance to Blueberry Pancake Trail. 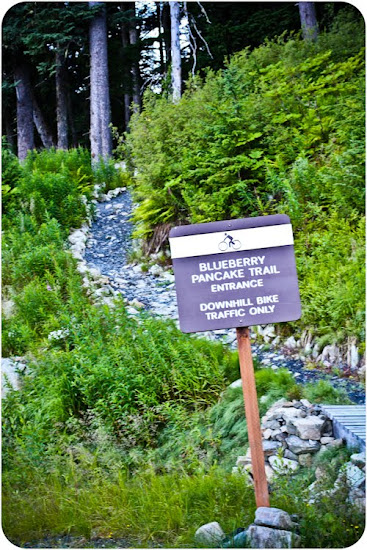 One last look at the mountains before entering the forest. 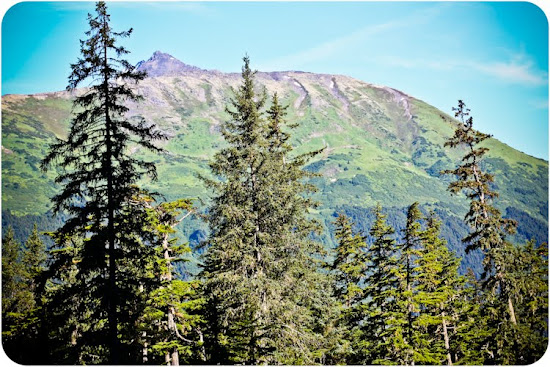 I was amazing again at the greenery everywhere in the forests here. It's impossible to capture the beauty of it. 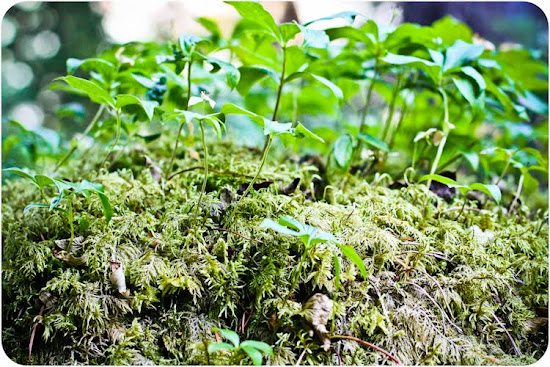 And once again, the lichen, moss and small green plants reminded me of a Elsa Beskow or Thornton Burgess book. 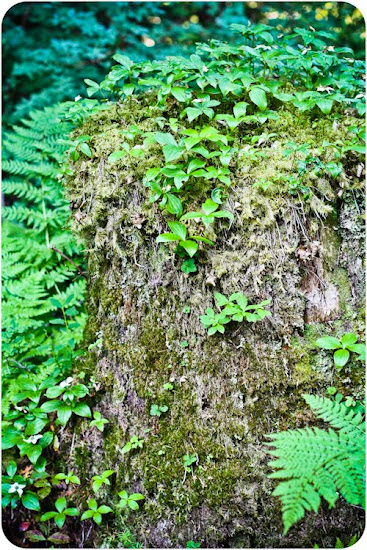 There were even these teeny, tiny white flowers to accompany the miniature forest village. 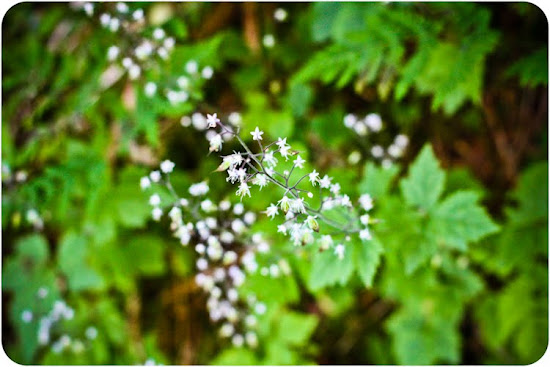 And teensy mushrooms that I could see Woody, Hazel and Little Pip searching for. 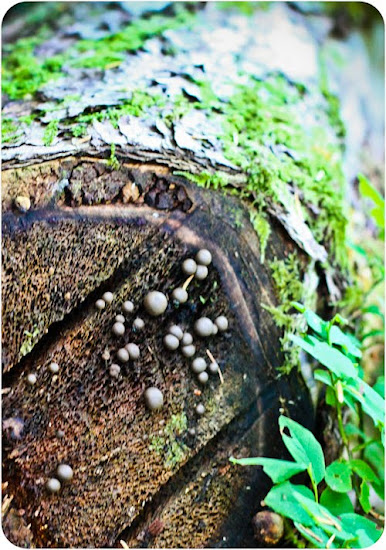 The wooden boardwalks were fun to navigate through the forest. In many places you could see the lichen and moss growing directly underneath the boards. 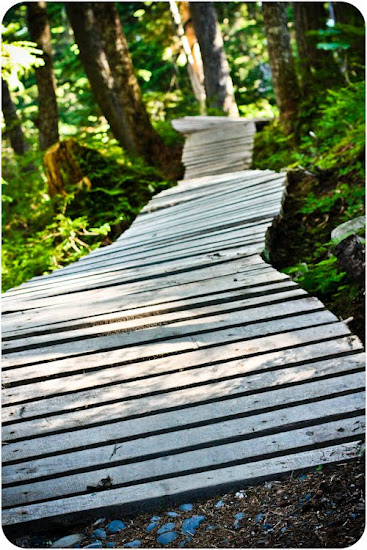 We found a spider collecting food for dinner. 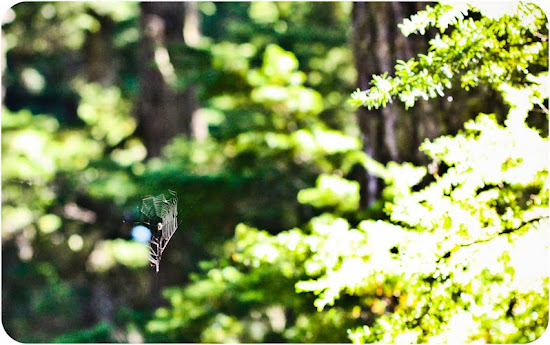 And a moss-covered hollow log that we could imaging Johnny Chuck hiding in. 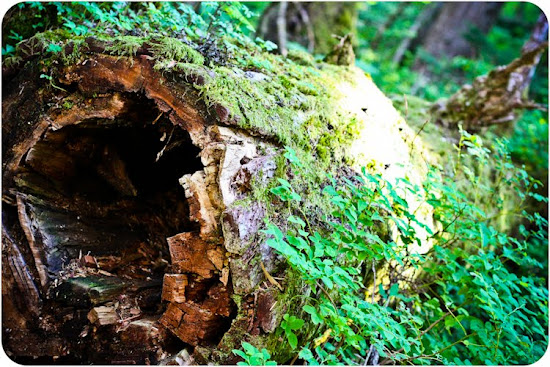 The many varieties of fungus growing out of the trees were a fascinating discovery. I've never seen mushrooms like these before. And some of them were so large and beautiful. 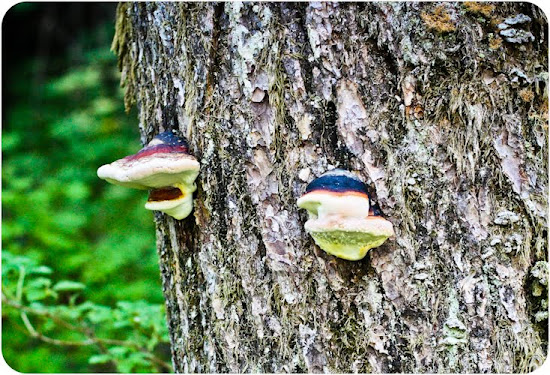 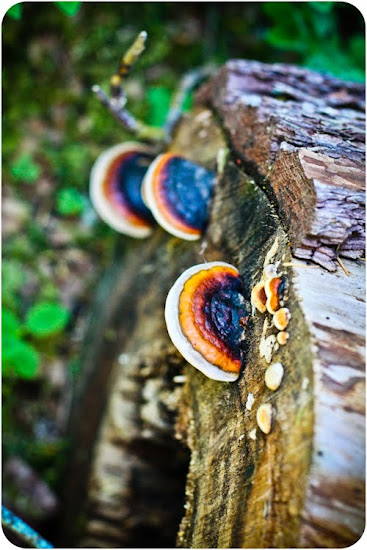 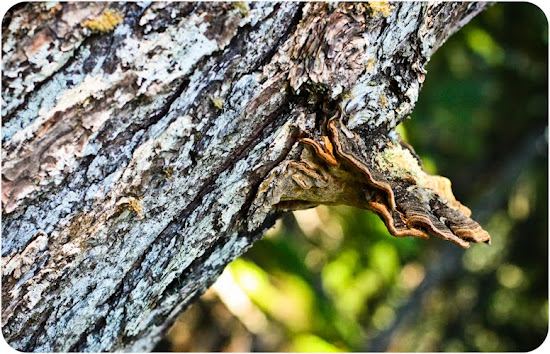 Toward the end of the trail we even found a few bushes of wild blueberries, which made me a little nervous we'd run into a bear. (Hey, remember I told you this reminded me of Blueberries for Sal!) 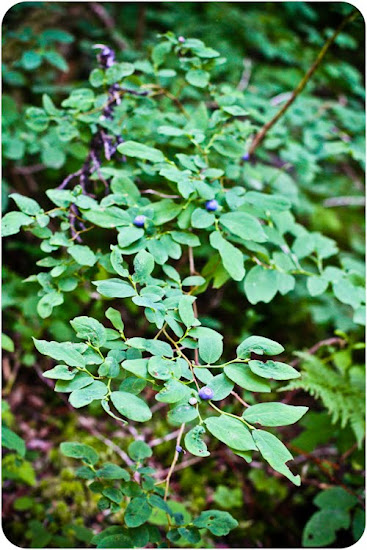 What a treat to find these growing in the wild! (since we didn't spy any bears on a blueberry hunt) 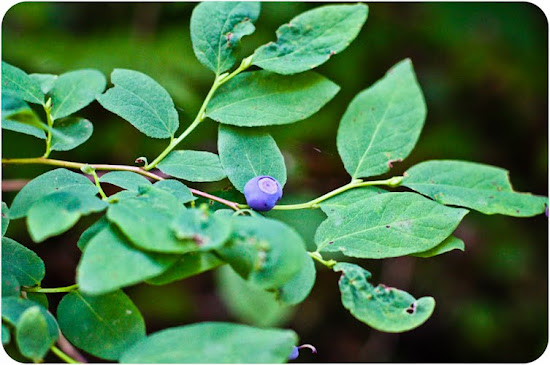 And best of all, as we were exiting the path (which was a one-way trail) a sign. Very helpful to know at the END of a hike! 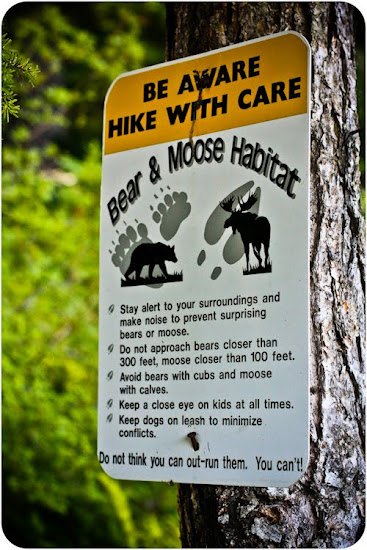