If you peeked into this little blue basket on Finn's work shelf, you might think you're just looking at the castoffs from someone's toolbox, just a mess of locks and chains all jumbled in a heap. However, if you were a 4 year old boy, your eyes might start shining as you reverently finger each bit of steel. 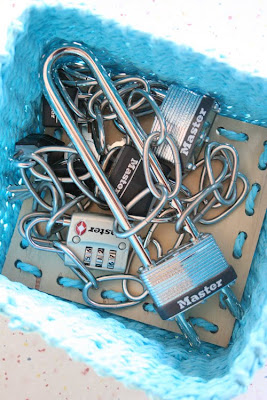 When I first started asking Finn which works from his school he'd like to have at home, the "lock box" topped the list. I began my search for lock works in all the usual places, but since I didn't want to spend a small fortune, I decided to come up with my own version. (Not to mention, the ones I kept finding were more like a latches box than the one Finn has at school.) 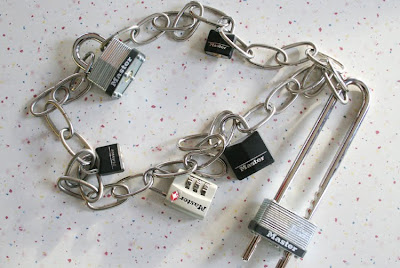 So I marched down to the hardware store, bought 5 of the least expensive and on sale padlocks I could find, including the mini twin-pack, and 3 feet of chain, which they nicely cut into 6 inch sections for me, and I made Finn his own lock work for less than $20. 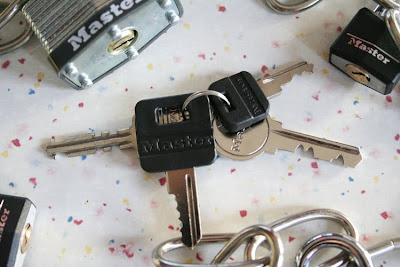 He immediately honed in on the combination lock, which he hasn't used before. How very exciting! 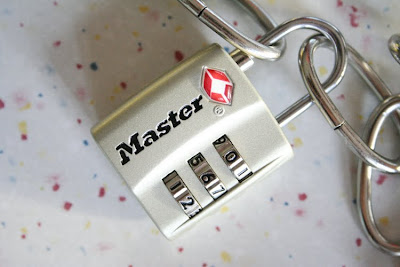 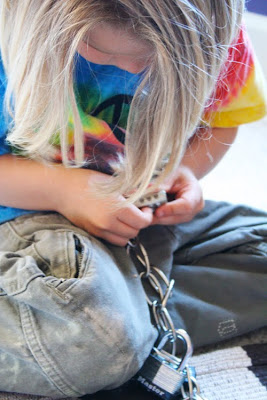 And the other locks, well, he quickly and methodically flipped through the whole lot of them, unlocked them expertly, and made a nice pile of chains and another pile of locks. 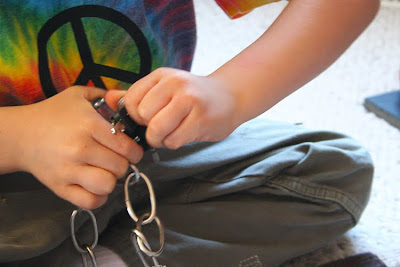 How funny to see him so absorbed in something as simple, yet requiring a fair amount of patience and fine motor skills for a 4 year old. 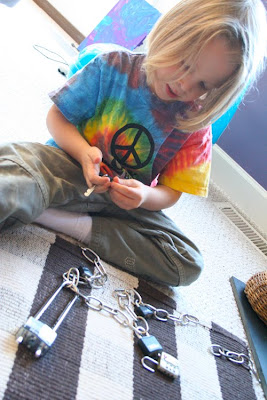 There's the combination lock again! That lock is just endlessly fascinating with it's lack of key! 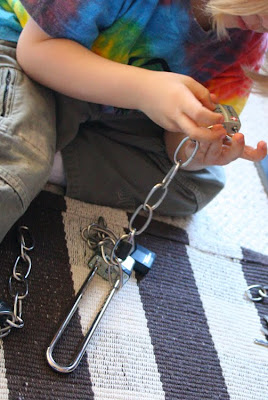 He smartly snapped all of the locks back on the chains when he was finished and returned the basket to the shelf. But when Elizabeth returned home from school, the first words out of his mouth were, "Elizabeth! I have a new work to present you and it's awesome!" 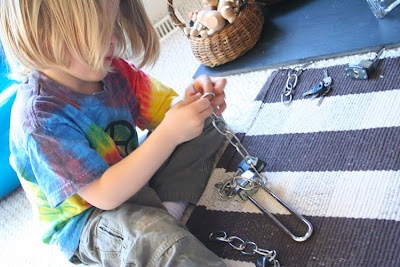