a visit to the dairy farm

This morning we took a break from our rainbow-making to visit a local dairy farm. Since Elizabeth's on spring break and Paulie and Philip were out for a teacher workday, the rainclouds parted, just for today, and it seemed like good timing. 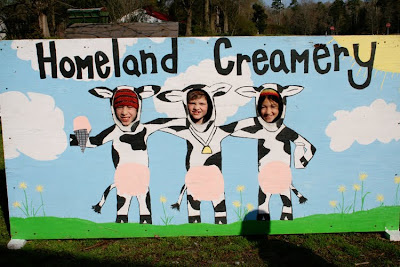 We've had conversations many times in the past with our kids about how we only buy dairy and eggs from farms who treat their animals kindly and don't over-medicate them. On the way to the farm, I pointedly told the older kids that we were lucky to have a local farm that treats their cows nicely from whom we can buy local milk and ice cream. As we were pulling up, Paulie said, "I thought you said they treated their cows nicely. These cows are VERY dirty!" 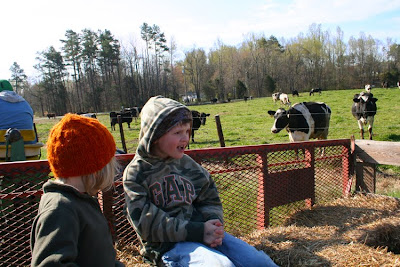 So, I had to explain the difference between dirty cows and agri-business cows who are never allowed near enough to a field to know what dirty feels like. There are happy, if dirty from the recent rains, cows in this field. 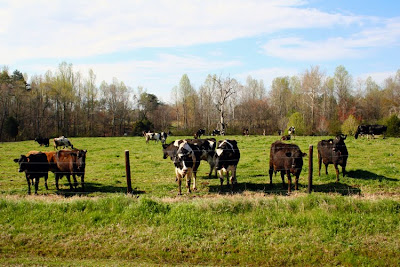 Both Paulie and Elizabeth kept hooting at the the farm's dog who would run ahead of the tractor, lie down in the middle of the road, and when the tractor was merely feet from running it over, would take off running further down the road again. 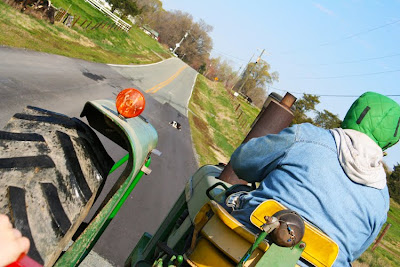 I think Finn enjoyed the hayride more than hearing about all the types of cows. I can't blame him though. It really was a beautiful, if chilly, day for a ride. 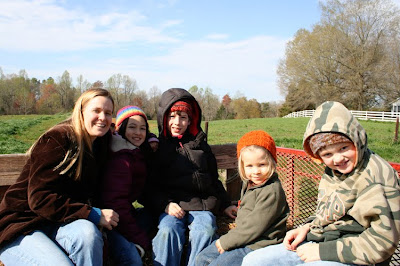 I enjoyed seeing all of the different types of cows, segregated by age, in each field. Everything from current milking cows, to pregnant mama cows, to teenager cows who "only eat, sleep and lie around like typical teenagers". 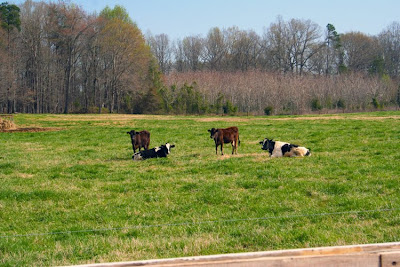 Finn's friend, Grady, joined us for the tour. It's always nice to have friends around to share in the fun. 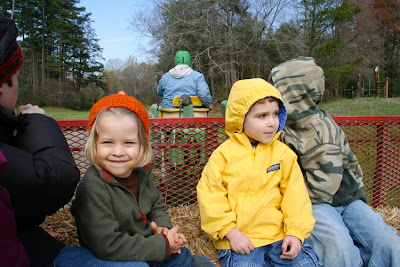 Doesn't this farm have some of the most beautiful land around! 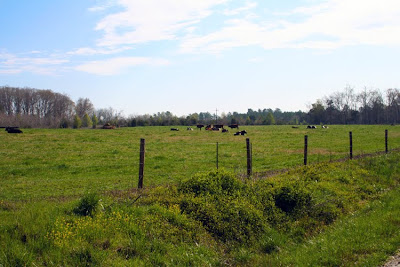 After the hayride, everyone received a chance to feed a baby cow. This little guy was chomping at the gate to get his bottle! 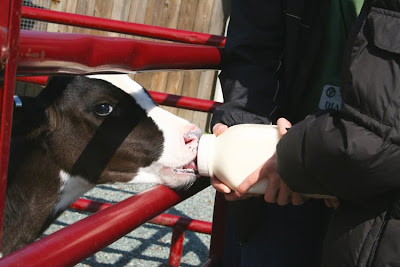 He slurped it up so fast he had cream in the corners of his mouth, which made the kids laugh.

Then we all got a chance to milk the pretend cow. Elizabeth plopped down like a pro and started milking away. 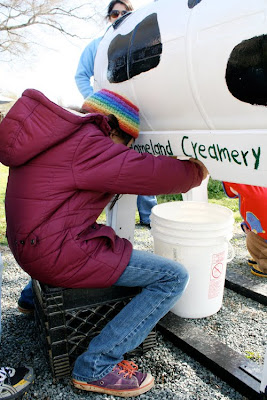 Philip was much less sure of himself and used 2 hands on one teat. We chuckled about how the poor cow might have reacted to his manhandling. 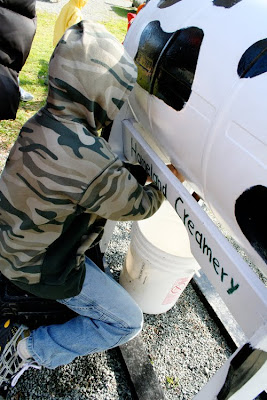 We ended the tour at the milking parlor where the farmers milk the cows, 16 at a time, twice each day, which takes 2.5 hours each time they milk them. 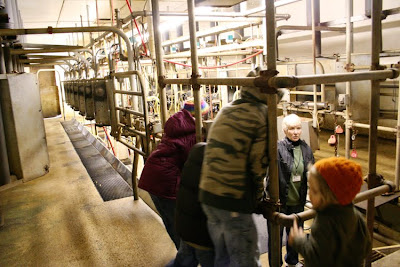 We ended the tour with a container of their delicious ice cream and visiting some of the other farm animals. These baby bunnies were the main draw. 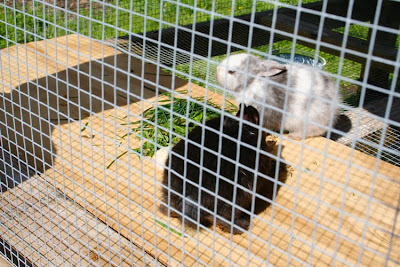 I think one took a special liking to Paulie. 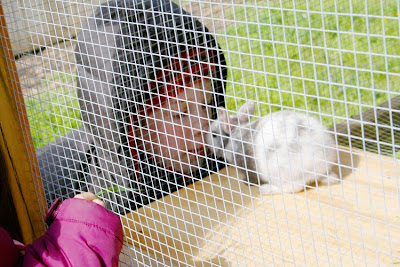 If you're located in central NC, you should check Homeland Creamery's site to see where you can buy their milk in a store near you. Support your local farms!
Posted by Joy at 3:39 PM