the roll of the dice

A couple of weeks ago, I decided that a collection of dice might be good for Finn's work shelf. I saw a double die on Ordinary Life Magic eons ago and thought I would start there, then I saw a set of gamer's dice and thought those would make a good addition as well. I really like the combination of the dotted dice and numeric dice, although I removed any dice with a number higher than 10 since Finn doesn't recognize those yet. I'd never have guessed how inspiring a box of dice would be. 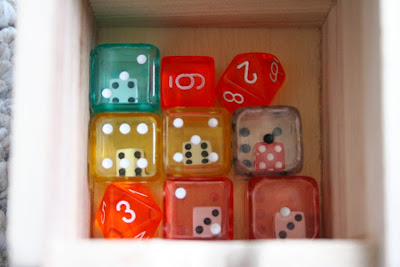 Within 2 minutes of seeing the double dice, Elizabeth not only managed to finagle a pair from Finn, but she began working on a game board, similar to Candy Land. 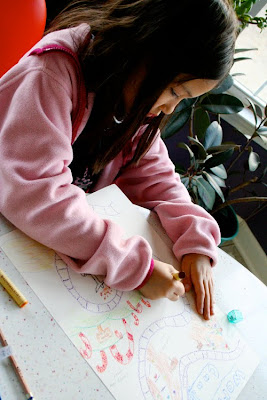 World of Candy has it's own special sugary forests and paths and uses the dice to move around the game. 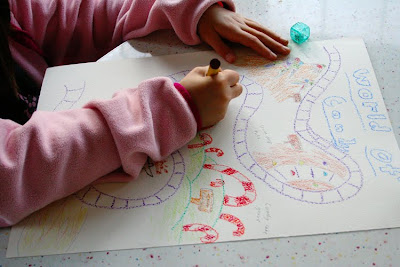 The double dice are wonderful for addition skills, although it's really cute to hear Finn first count the spaces for the top die, then for the bottom. He's gotten really good at recognizing the patterns of the dice numbers without having to count the dots. I even caught him arranging his wooden hearts in dice patterns today. 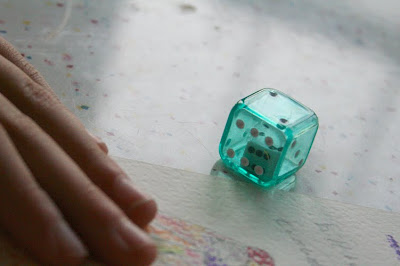 Of course if Elizabeth is making a game, then Finn needs to make one as well! No fancy names or labels on his game, just plenty of track. Any game that he can use his cars is a hit with him! 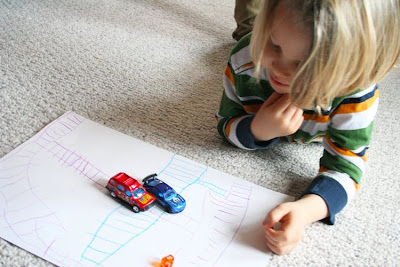 He's fond of the number dice, particularly the 0-9 die which has a built in "lose a turn" with the 0. 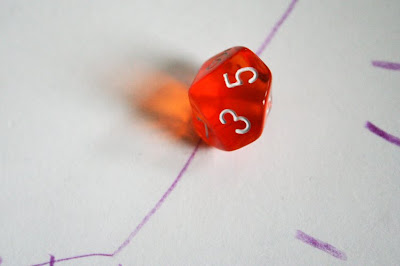 I love all the little paths and cross sections he made. This game-making is such a wonderful creative outlet for them in a less traditional way. Roll the dice! And let's play! 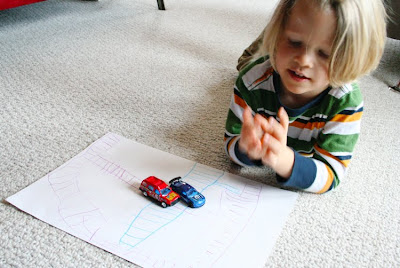