sprouting beans for the science fair

Elizabeth's school science fair is this week, and she's been busy preparing for weeks. She decided over winter break to do an experiment with sprouted mung beans. She had 4 sets of beans that were soaked in 4 different liquids overnight and then she measured the rate that each liquid would sprout the beans. 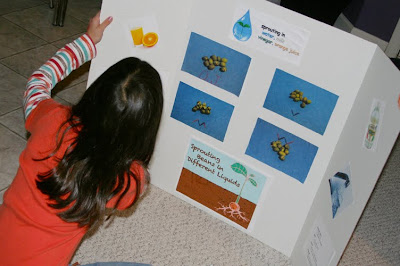 She soaked her first set of beans in vinegar. 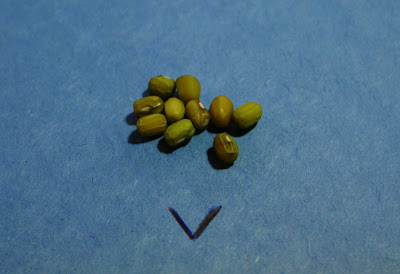 The second set of beans were soaked in milk. The third set were soaked in water. 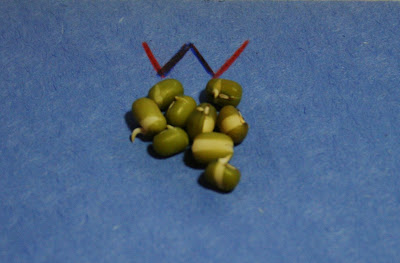 And the last set of beans soaked in orange juice. 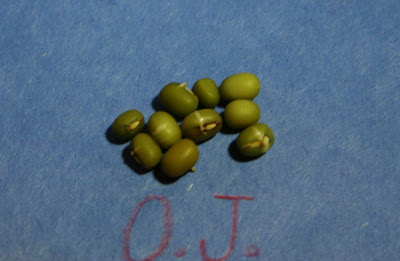 She observed that the growth of the sprout was largely determined by the pH of the liquid, although the milk sprouted a tiny bit better than the water. The vinegar didn't sprout the beans at all, in fact left them hard and shriveled. 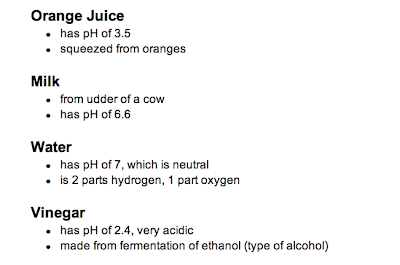 A very fascinating experiment for learning about the acidity of liquids and the impact that acid has on sprouting. And now we have some mung beans left to sprout for some sandwiches and salads next week. :)
*photos of beans and bullet point list by Elizabeth
Posted by Joy at 9:26 PM