We started out this morning bright and early by heading over to the London Eye, the largest ferris wheel in Europe. I was particularly interested to see the Eye since it wasn't around the last time I was in London. The kids were very excited to ride the Eye, and this is been at the top of their list since we first told them we were planning a trip to London. 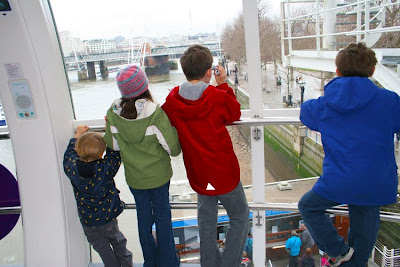 Finn practically shone at the great view of the Thames with its' collection of boats. 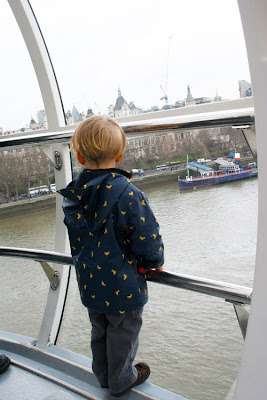 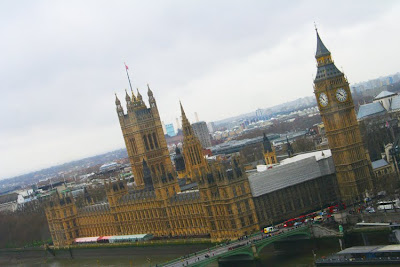 Despite the pervasive cloudiness, the view of Buckingham Palace, with St. James Park and St. James Lake leading up to the palace, proved to be quite a sight. You really get a feel for just how large the palace is when you see it so distinct from the air. 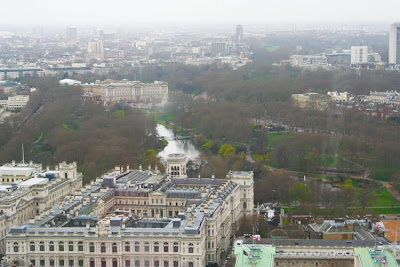 The kids really had a great time with this activity. 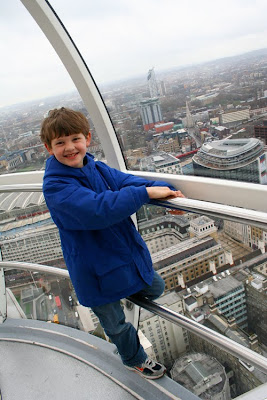 They were even johnny-on-the-spot when the official flight pictures were ready to be taken. 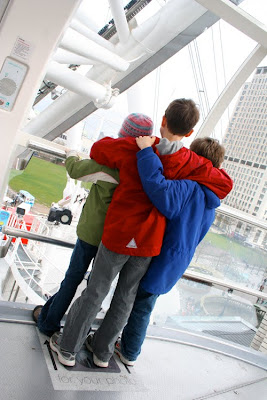 After a quick lunch in the courtyard leading up the the Eye, we headed back to Trafalgar Square to visit the National Gallery. We passed George Washington, who stands to the right side of the entrance to the Gallery. Funny enough, the GW statue stands on soil imported from Virginia in order to honor the vow that Washington made that he would "never again set foot on British soil." 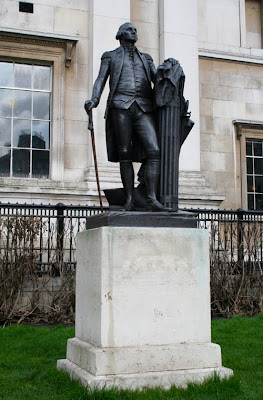 The National Gallery itself is quite an imposing building. Many things about it remind me of The Met in NYC. 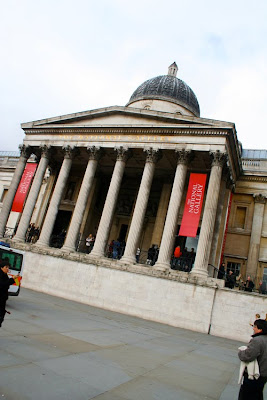 The view of Trafalgar Square from the front entrance of the National Gallery spread in every direction. What an expansive view! 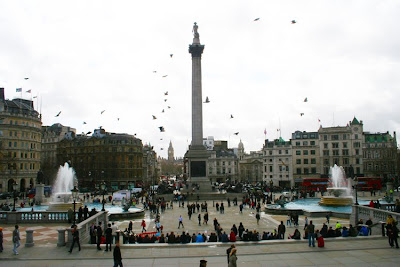 Elizabeth was thrilled to see the cast of Da Vinci almost as soon as we walked into the building. Unfortunately, that was the last picture inside since the painting rooms are off limits to the cameras. We saw some amazing Rembrandt, Vermeer, Seurat, Rubens, Van Gogh and Renoir. And it's nice that all the books and other immersion has finally paid off for the kids as they were very excited to see some of their favorites. 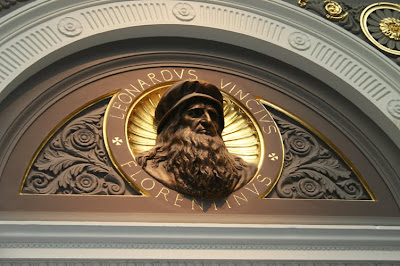 As we were leaving the National Gallery, the sun peeked out a bit for the first time in days so I couldn't resist just a few pictures of the fountains. 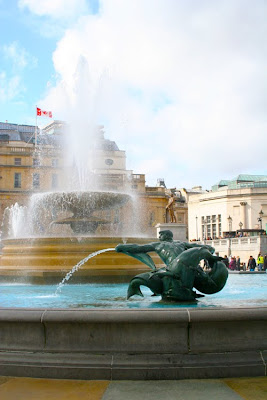 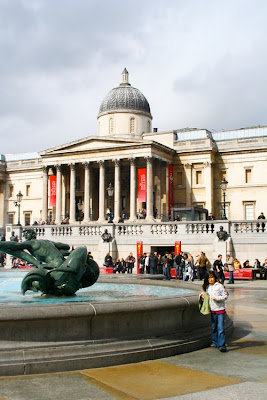