Bright and early this morning, we headed out to the Tower of London, which is really more of a fortress with several towers. 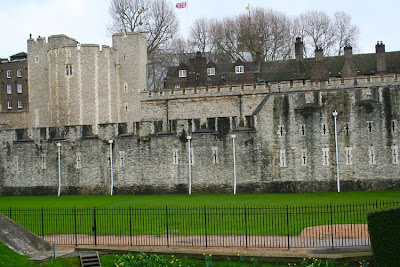 I recommend that anyone who travels to London with kids definitely put this on the agenda because our kids had the best time visiting the Tower. 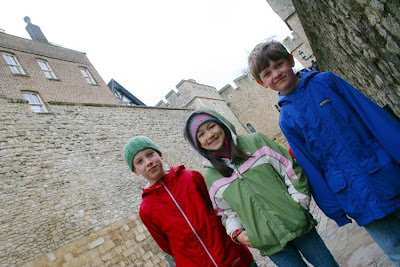 Paulie was impressed with the gateway doors heading toward the Bloody Tower, which he was most excited to visit. 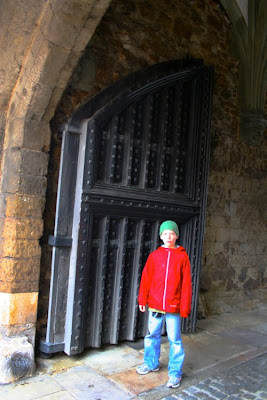 He was less impressed with the fact that most of the cannons were corked. :) 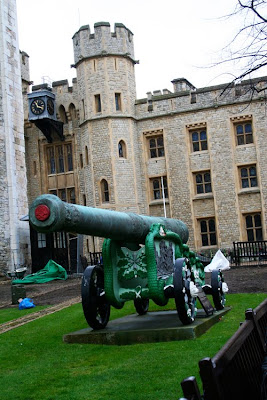 We saw how the gates were opened, 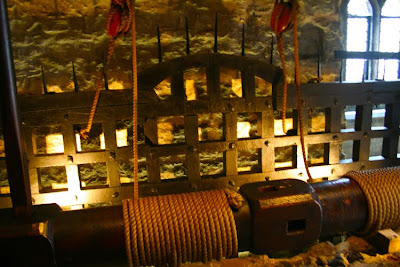 and where some execution orders were signed. 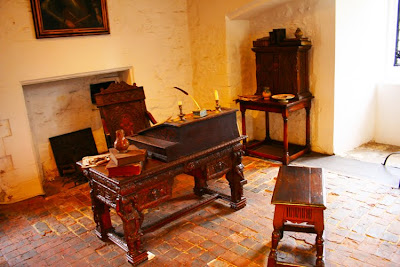 After a quick snack, we visited the Crown Jewels. Unfortunately, no pictures are allowed there--a rule which Elizabeth lamented many times over as she was drooling over all the gems, crowns and coronation robes. 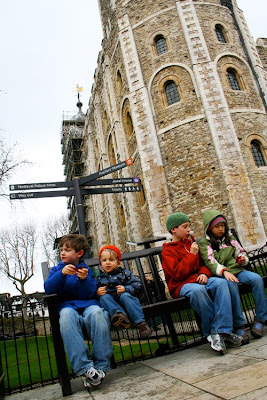 The wall below was built by the Romans in the 2-3rd century. Kind of a cool sight. 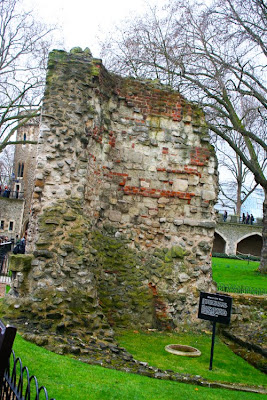 Then we climbed to the top of the wall overlooking the Thames River with the Tower Bridge in the background. 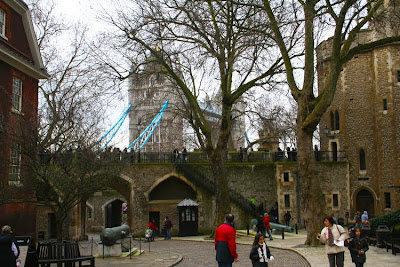 While up on the wall, Paulie was almost an unlucky commoner who had his head chopped off. Luckily, he kept his wits and escaped. 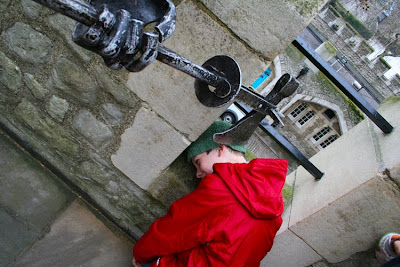 And all the kids made friends with the iron warrior. ;) 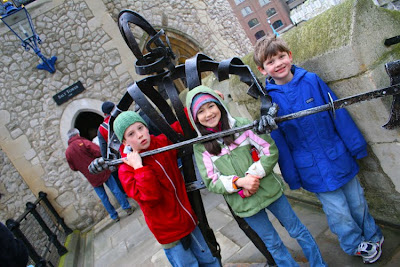 Lastly, they were all impressed with the trebuchet on the lawn between the tower and the moat. 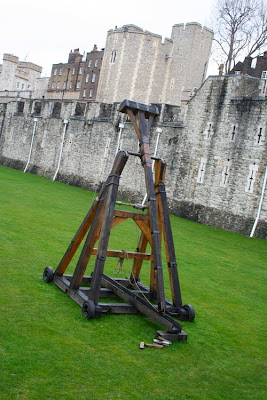 After the Tower of London, we returned to our room for an afternoon rest. Following the our rest, we ventured out to Kensington Gardens and Hyde Park. We decided to follow the path of the Serpentine for a bit. The photo below is the head of the Serpentine. 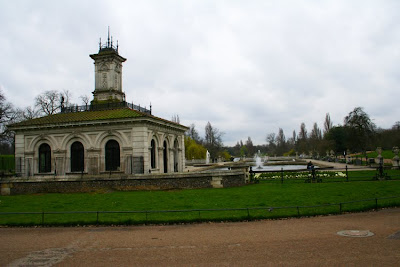 We brought some of our playsilks to run with in the breeze. 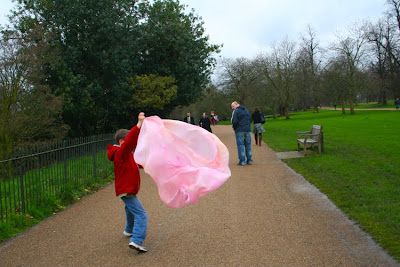 And we discovered some beautiful patches of flowers here and there. 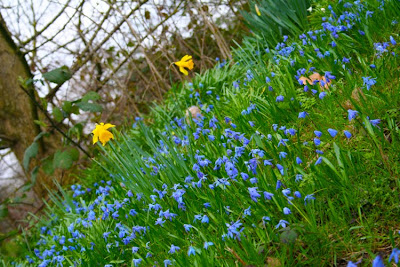 Within too long, the rain began. (Have I mentioned what a trooper Finn has been with all the miles of walking we've done?) 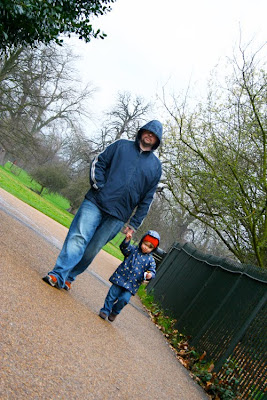 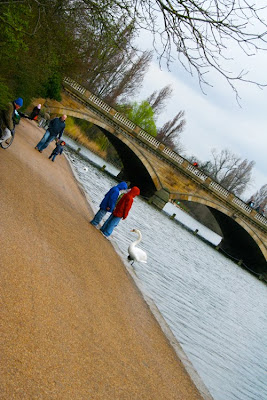 And we stumbled across the Albert Memorial as we headed for the far end of Kensington Garden. 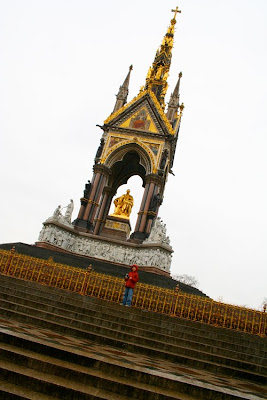 Shortly past the edge of Kensington Gardens is our closest Whole Foods where we picked up some fixings for dinner. I have to say that walking a few miles in chilly rain to pick up food then carry it back to our hotel makes our kids wonderful at this sort of adventure. Everyone remained in good spirits, and we ate a wonderful meal of spelt pasta with roasted red pepper and stir-fried broccoli pasta sauce with fresh mozzarella when we returned to the room. A wonderful end to a very full day.
Posted by Joy at 5:42 PM