First thing this morning, we took the Tube to St. Paul's Cathedral, which has an expensive tour to go along but we didn't think it would go to well with 4 kids in tow so we decided to pass. Everyone enjoyed taking a walk around the outside of this magnificent church though. 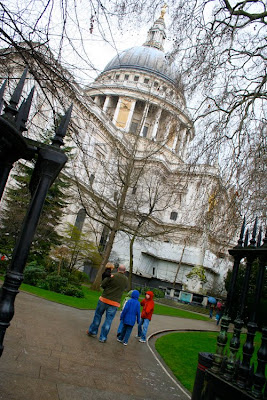 Finn has a new friend named "Decker Bussy". Have I mentioned that yet? Here he is with Decker Bussy riding on Paul's head. 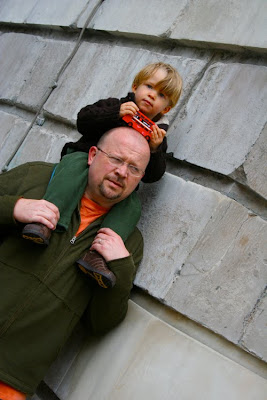 Upon leaving St. Paul's Cathedral, we journeyed over the Millennium Bridge (footbridge) to the Tate Modern. 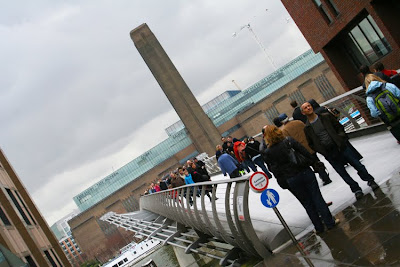 In Tate Modern, Paul was thrilled to see a huge room full of Kiefer paintings, while Finn just took a sideways glance. 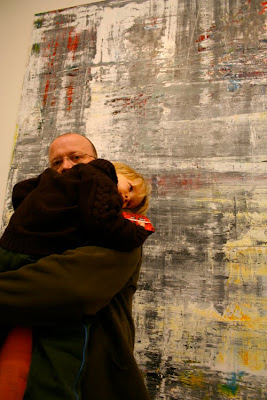 The kids most enjoyed the interactive exhibit set up in one area of the Tate Modern, along with a huge (as in, as large as a freight container) dark box sculpture that dared you to walk all the way through the darkness to the end. 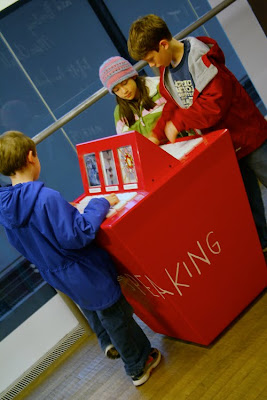 We lunched out on the terrace of the art museum, 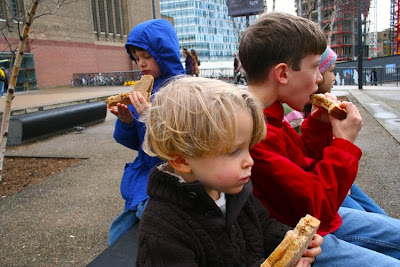 then headed back through a lovely grove of trees to the footbridge. 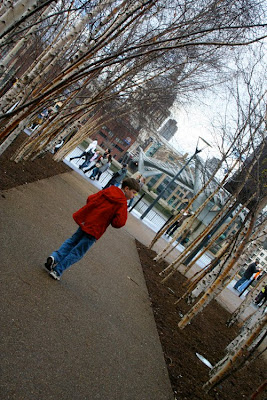 The view of St. Paul's Cathedral from the end of the footbridge was amazing. 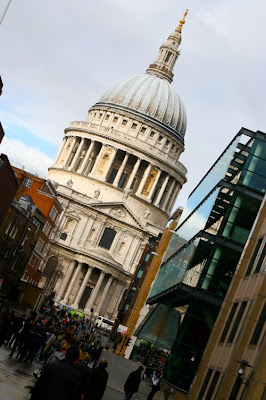 Finn thought the steps there was a fun place to play with Decker Bussy. 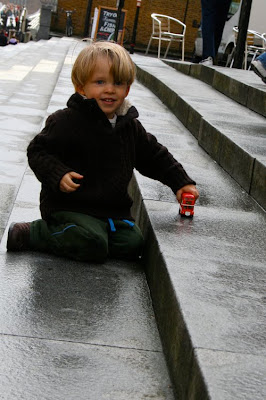 One last shot of St. Paul's, because that is such a cool place! 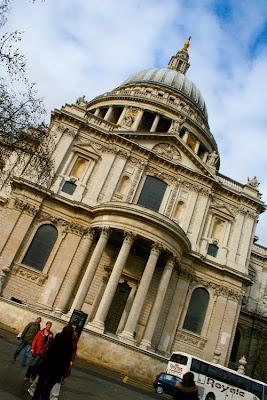 On our walk back to the room, Paulie stopped in a booth to take a call. :) 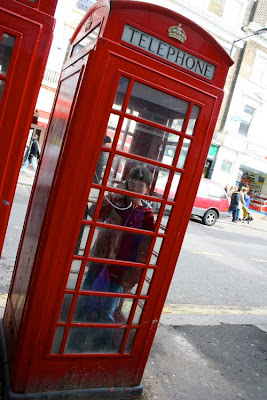 We tried to rest up for a couple of hours and make dinner in our room. 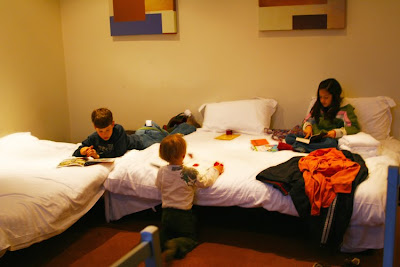 In the evening after dinner, we decided to venture out to Trafalgar Square for a bit of nighttime sightseeing. Of course, Paulie immediately needed to climb one of the monstrous lions for which the square is famous. 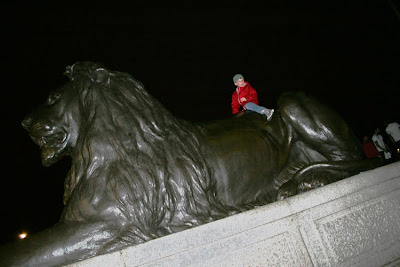 All 3 of the big kids had a great time scrambling up and down the monument in the dark. Finn just watched from his safe perch on daddy's shoulders. 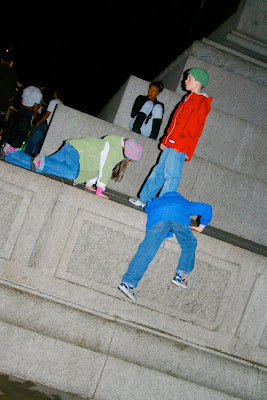 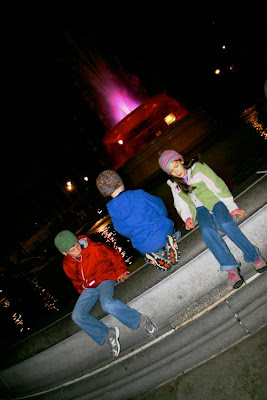 The following shot is really blurry, but I had to include it because the big kids look like little ants playing out in front of the National Gallery behind Trafalgar Square. 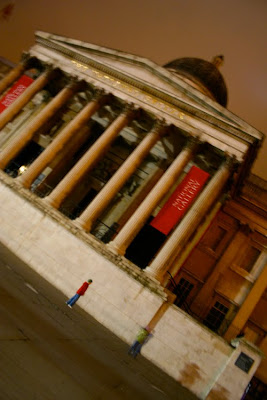 We managed to stumble on a Ben & Jerry's nearby which seemed like a perfect way to end the evening. 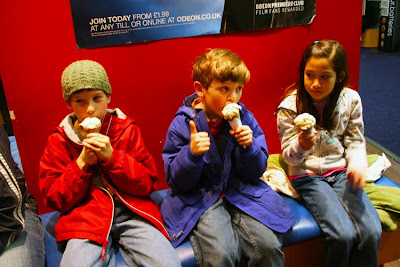