Sorry that my titles aren't more interesting. By the end of the day when I'm ready to briefly post a bunch of pictures with captions, I've had no energy to be very creative.
Today started off where yesterday left, at Trafalgar Square. You can see in the daylight what a monstrosity those lions truly are. At Trafalgar Square, we caught one of the open-top, double decker bus tours, easily the highlight of the trip for Finn. 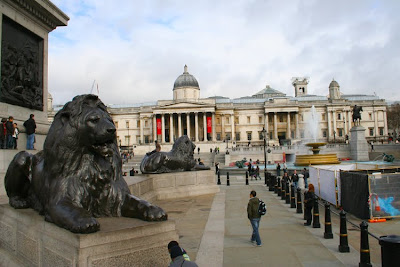 The bus tour was a comfortable way to see most of the big sights of the city, including the Tower Bridge, seen here from the London Bridge. 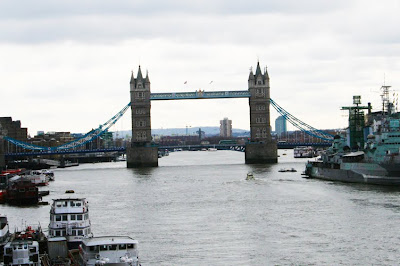 You can also see one of the towers from the bridge here as well as a small glimpse of the bus we were riding. 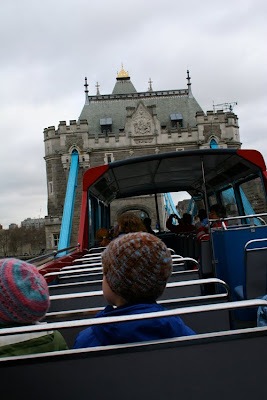 We passed by the Tower of London, which we will hopefully be visiting tomorrow, although likely in the rain. 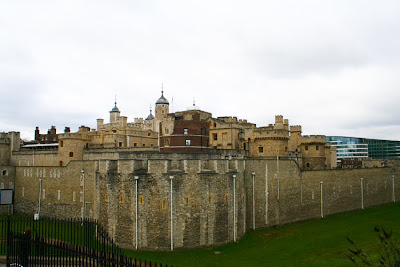 We even ate most of our lunch on the bus today. Being able to sit on the bus for a while was a welcome relief from all the walking! 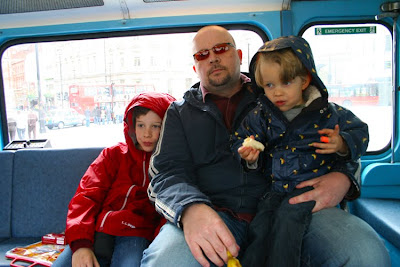 Eventually, we came to Buckingham Palace. We weren't able to see a Changing of the Guard ceremony, as they happen less often in the off-season, but we did get to see a few of the guards, which Paulie was excited about. 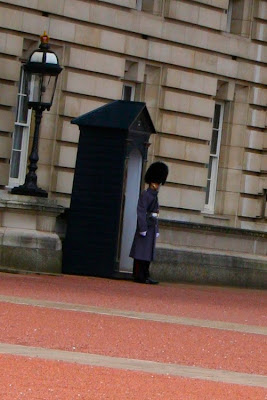 The Victoria Memorial in the front plaza loomed large and beautiful. The whole place is really quite amazing! 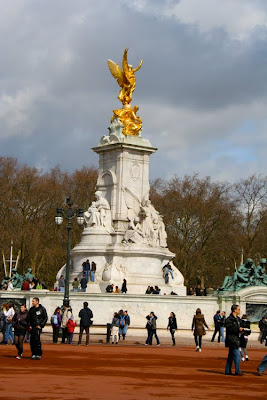 Paulie found his coveted guard hat at the palace store and tried to replicate the guard's pose. :) 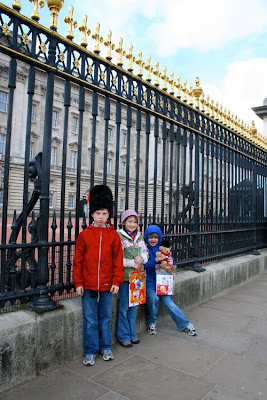 The next stop on our tour: Westminster Abbey. I took the Westminster tour when I was in London the last time and knew it was nothing our kids would find captivating, but I really wanted them to see the outside and walk around it. What an amazing place! 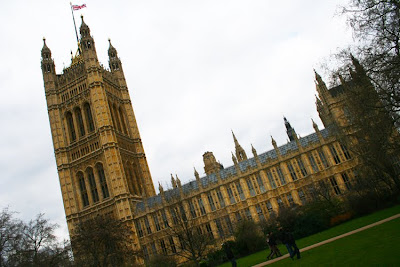 They had just as much fun playing in the Victoria Tower Gardens, which backs up to Westminster Abbey, spinning their rainbow whirly-gig all over the grass. 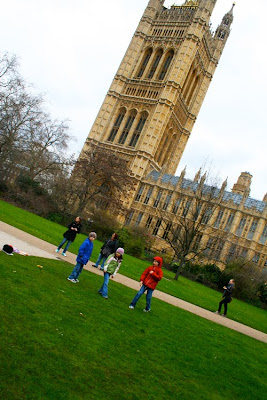 One of the casts of Rodin's Burghers of Calais stands in the gardens which makes a regal picture with one of the Westminster towers in the background. This cast was one of the earlier casts Rodin made of Burghers of Calais; one of the later casts (cast 81 years after the one at Westminster) stands at the Met in NYC, which Paul and I have seen on previous trips there. We've also seen the cast that stands in the sculpture garden at the Hirshhorn in DC. Fun little tidbit for you. 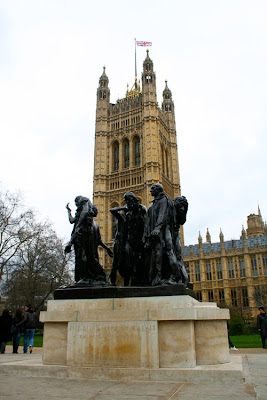 Paulie tried to teach Finn how to whirly-gig; that always makes for a good time. 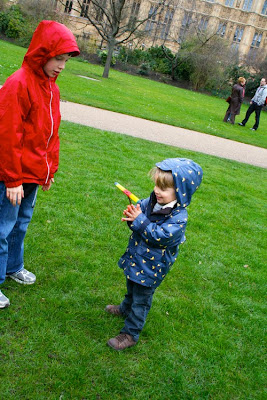 From the gardens, we walked around the side of Westminster Abbey, until Finn yelled, "There's Ben! I see Ben!" And so it was! 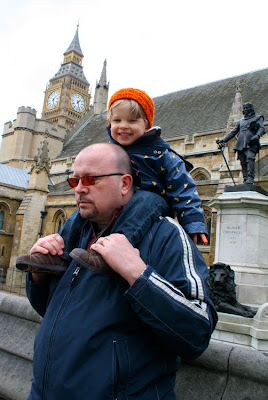 I'd forgotten how bright and shiny Big Ben is, in an almost caricature-ish kind of way. The kids were thrilled when he struck the half-hour while we were watching him. 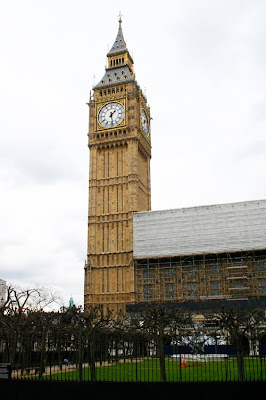 One last Finn smile in front of Ben and we were headed back to the room for the afternoon. 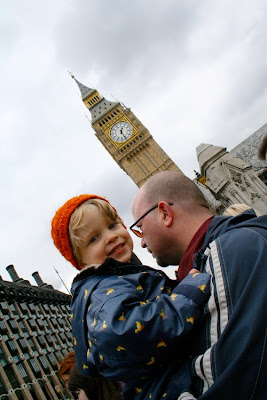 After a quick jaunt out for dinner, we decided to stay in for the evening and try to get some rest. We are all pretty worn out from our adventures, and we're starting to figure out that what you might get to in 6 days with adults or teenagers is just not possible with smaller kids so we're having to amend our itinerary a bit. As long as good memories are made and the kids feel like they had a great time and saw the important things on their list I'm ok with that. :)
Until tomorrow...
Posted by Joy at 2:53 PM