I consider one of my more important jobs as a parent, along with instilling faith, values, creativity, and kindness into my children, to be instilling them with a bit of financial sense, especially where the value of a dollar is concerned. Unfortunately, when it comes to traveling to London, the value of a dollar isn't much! We have a few philosophies when it comes to travel and spending money, one being that all of the kids' spending money needs to be saved by them before we go, and another is that some part of their spending money should be earned. I'm amazed at how much less begging for every souvenir in sight happens when the money that will be spent is their own.

Since the money that the kids are saving won't be worth as much in pounds as it is in dollars, we are talking about the exchange rate and it's implications on their savings. Since there are about 5 weeks until our trip, we are already starting our chores for $1 program. We have a list of chores, each worth $1 with a max of $5 that can be earned each day. During the week, they really don't have time to earn more than $1-2, but they have been so excited about earning their spending money this week. You've never seen a boy clean a bathroom as happily as Paulie did this evening. Elizabeth spent most of Sunday afternoon emptying her dresser drawers, sorting out clothes that were too small, and neatly stacking her clothes back in each drawer. 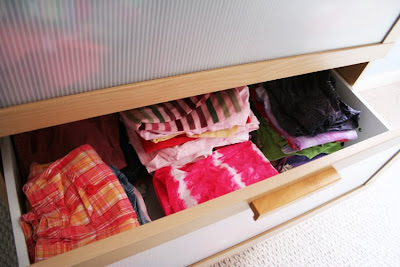 The benefit to earning their own money and having control of spending their own money is best summed up by our trip to Ireland. Elizabeth earned the equivalent of 30 Euros before we left. Our first day in Ireland, we visited The Rock Shop at the Cliffs of Moher, where Elizabeth found a beautiful amethyst-and-quartz-studded dragonfly that, when added to the other few rocks she desired, totaled almost half of her saved Euros. I simply reminded her that all she had for spending money were those 30 Euros and when it was gone it was gone. She said that she remembered. After that initial day, she only purchased a few postcards and a photo of herself kissing the Blarney Stone. Elizabeth has always collected rocks, and she knew that rocks were going to be her big purchase. After that she just didn't really pay much attention to buying things. What a proud moment for me that at 7 she was aware of what she had to spend, what she wanted to spend it on, and when it was gone she was unconcerned with buying more "things". 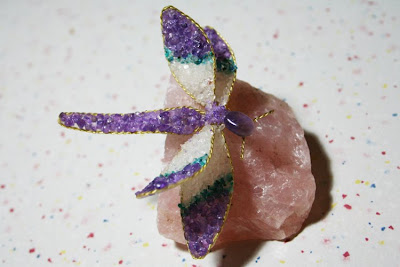