Lost: one evening rhythm
The blogging has been sparce this week. A funk has descended on the house. The time change occurred. People always assume it's the sleep schedule that gets messed up for little ones, but in our house that was not a problem. Our evening rhythm was disturbed. For months and months now, we've been spending the 45 minutes or so between dinner and bathtime outside, except for a few rainy days. Alas, the time change made that impossible for now, and we're all sort of floundering during that time. I've got some tricks up my sleeve for the coming week so we'll see if it makes a difference. And this evening? It was all about the turkeys.
Our nature table has some new inhabitants. Finn's beloved turkeys have arrived! 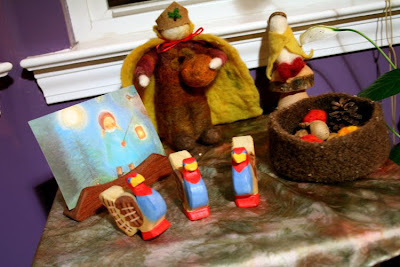 And this sweet November postcard commemorating St. Martinmas day which we will hopefully celebrate for the first time this year. 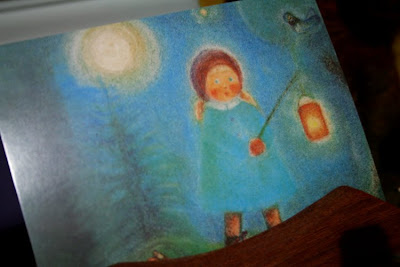 These turkeys from ZooLooNaturals on etsy first made an appearance last year. Finn was thrilled and loved them dearly. 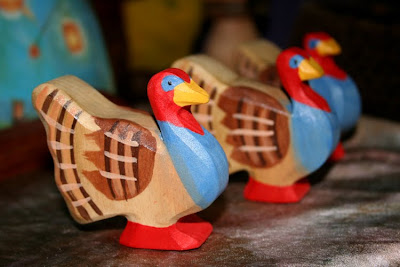 He especially enjoyed, and still does, dancing them on his Albuquerque Turkey book while we read/sing the story. (A nice vegetarian Thanksgiving book, if you're interested.) 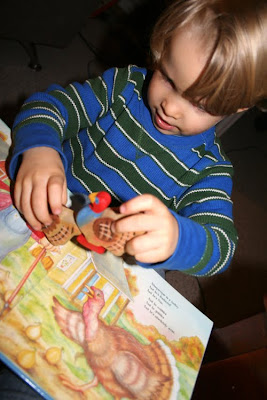 This year, the turkeys are moving on up. They have their own play structure and tent. 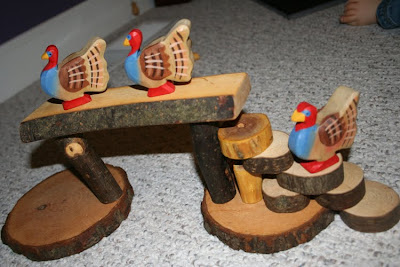 And we all found it particularly hilarious to perch them high on the tree blocks (also available at ZooLooNaturals) while singing an adapted version of Five Fat Turkeys Are We. 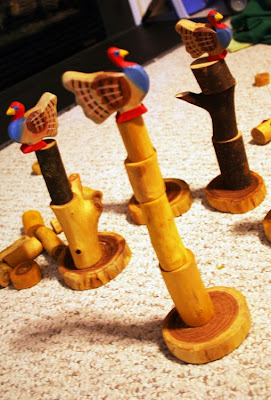 Three Fat Turkeys Are We (formerly titled Five Fat Turkeys Are We)
Three fat turkeys are we,
we spent all night in the tree (blocks).
When the cook came around,
we couldn't be found.
So that's why we're here you see!
Three fat turkeys are we,
we know you'll all agree,
that on Thanksgiving Day
it certainly pays
to sleep in the highest tree (blocks)!
Posted by Joy at 8:25 PM