After seeing this project on Ginny's blog back in the spring, I mentally tucked it away (ok, I used Pinterest too) as something fun to do with Finn this summer. This past week, Finn and I found that we had a couple of days to ourselves.  We headed out to buy cheap vegetable oil. (Am I the only one who doesn't want to use expensive high quality food products on experiments?) 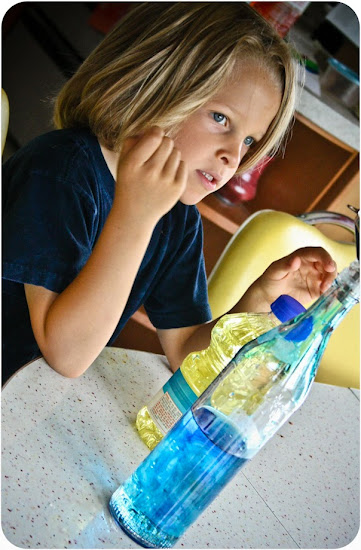 After adding our oil and examining how it floats on top of the water and discussing what might cause that, Finn decided he'd like a few more drops of food coloring in his water. It was almost a science experiment of its own just watching the dark blue food coloring drops descend through the oil with the tiny flecks of color that stayed separate from the oil but took a long time to descend. 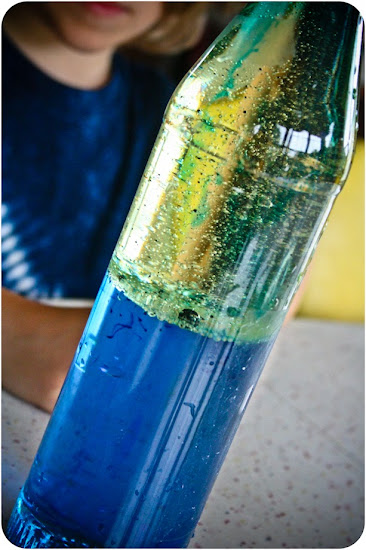 Eventually all of the color drops made their way to the water and the wave action began. 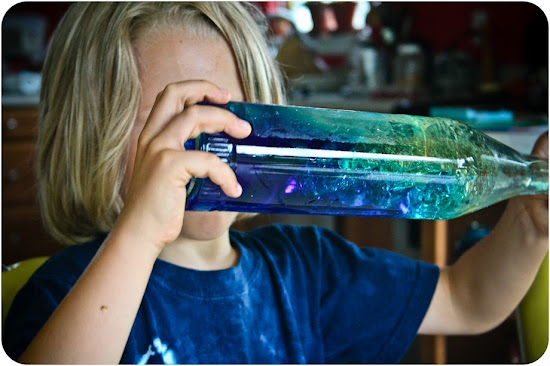 And he watched it settle, and noted how EVERY time ALL of the blue water would separate back out from the oil. 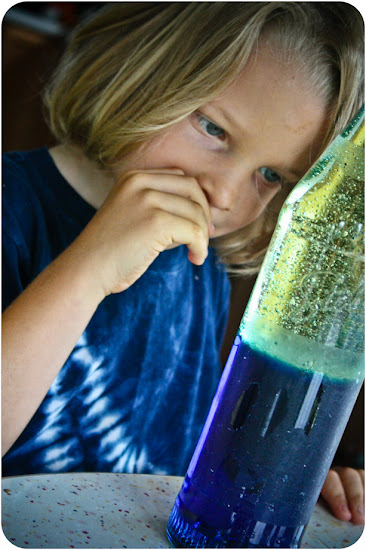 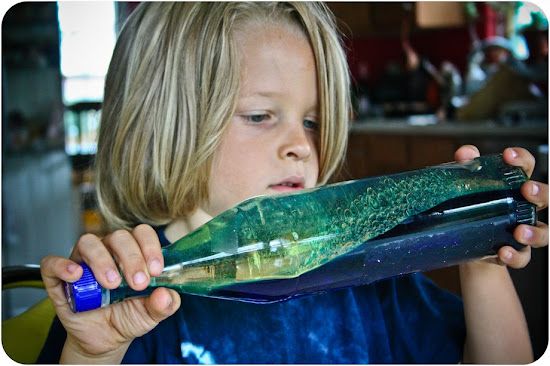 Eventually he took to practically shaking the bottle, calling it a "rough and stormy sea with violent waves". We read a bit in one of our books about waves and tides, the pull of the moon, and other weather and seismological events that would cause larger waves. 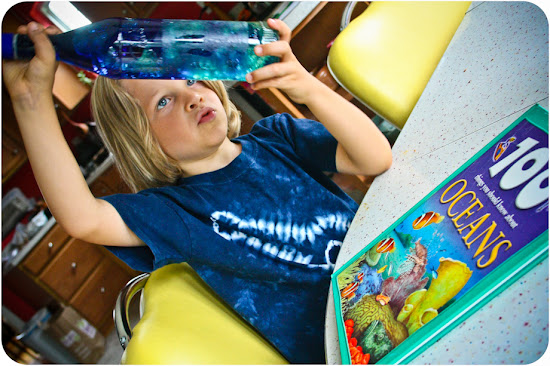 When Elizabeth returned home, she was unimpressed that we decided to experiment without her.  She commented how the wave bottle when it's shaken reminded her of a lava lamp which set her mind's wheels to spinning. She found a similar project on National Geographic for Kids on using oil, water, and salt to make a lava lamp effect. 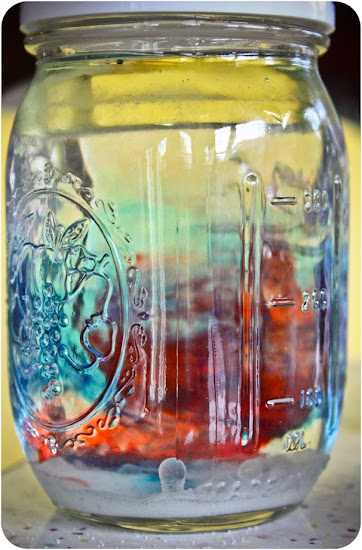 Eventually, she found that the salt dissolved into the water and the lava lamp effect would cease unless she added more salt.  She also tried adding a bit of sand to the water which gave a similar effect. 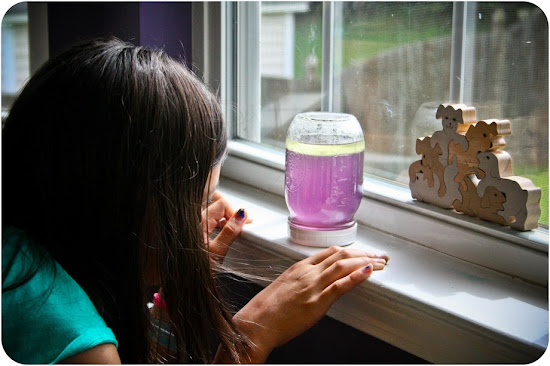 These jars still see plenty of action every day. It's funny how, in our world of amazing gadgets and gizmos, simply mixing oil and water can captivate our attention and imagination.