at the goat farm

While we were down visiting my friend, Jenni, last week, we also made the short trek out to a nearby goat farm. 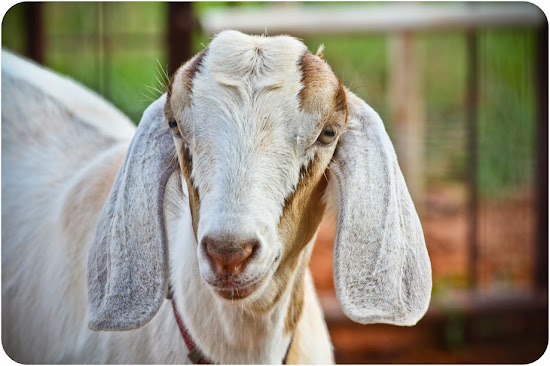 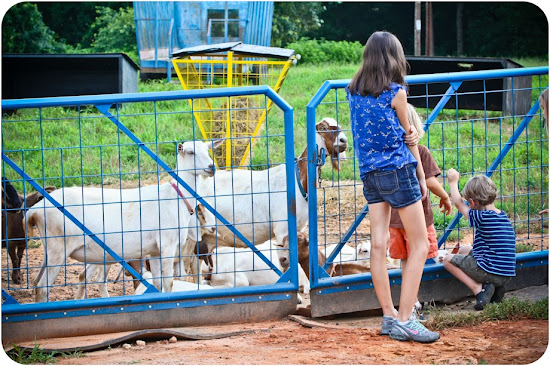 Jenni and her family have actually purchased 2 of the baby female goats and are waiting for them to wean before bringing them home.  We were so excited to meet the newest members of their homestead! 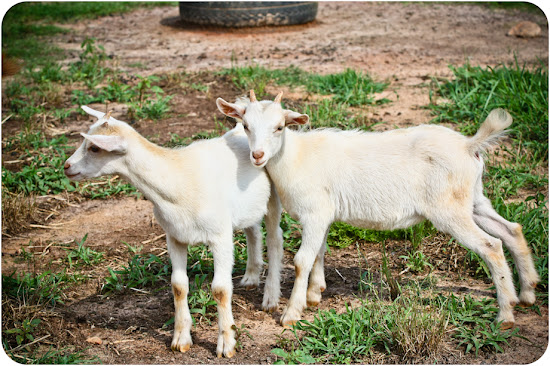 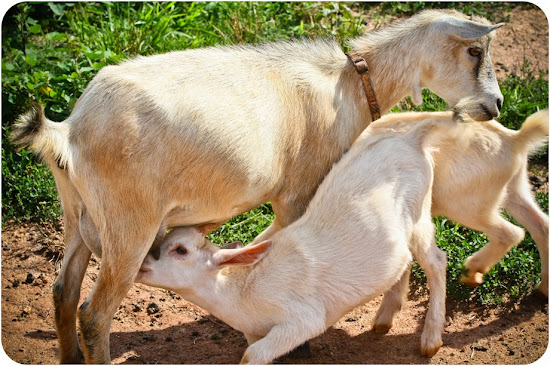 Elizabeth was head over heels for the baby goats.  She's now decided that she wants a small breed goat as a pet too. 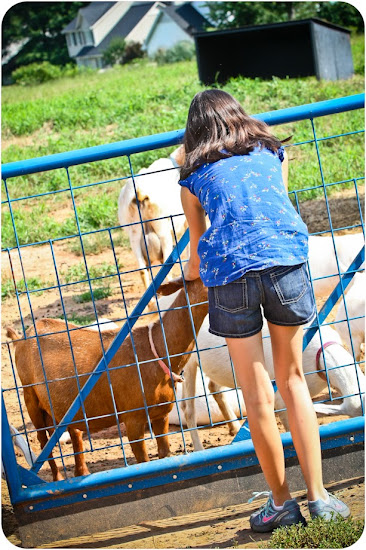 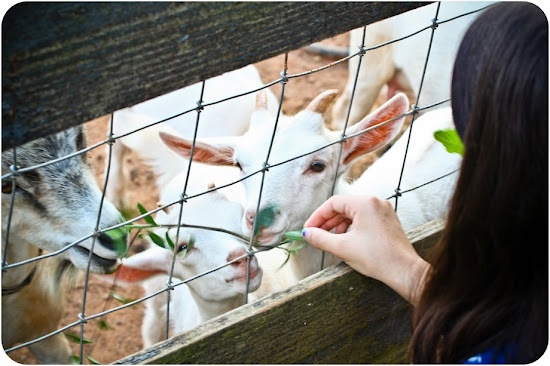 The farm we visited primarily sells goat milk, but they keep a few sheep and horses as well. These sheep were a bit too far away to pet, but that didn't stop me from imagining their fluffy wool spun into yarn. 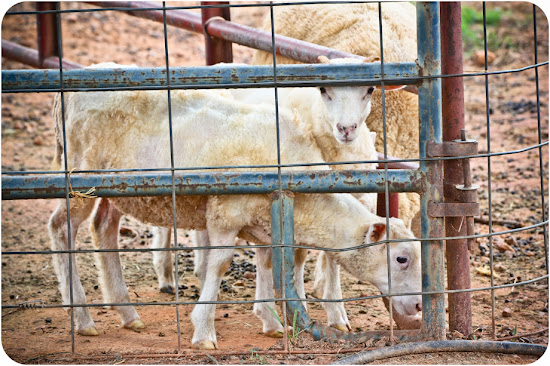 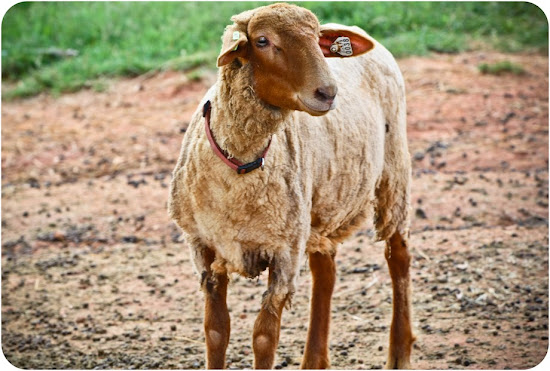 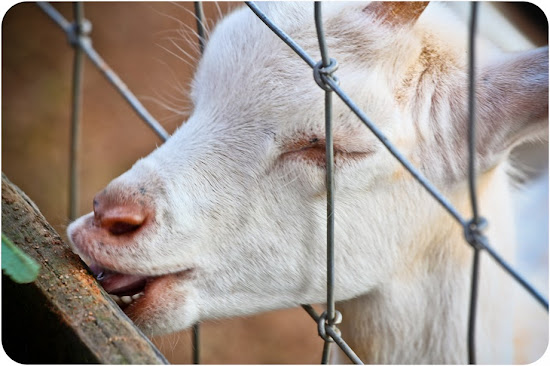 (The baby we brought with us was pretty cute too.) 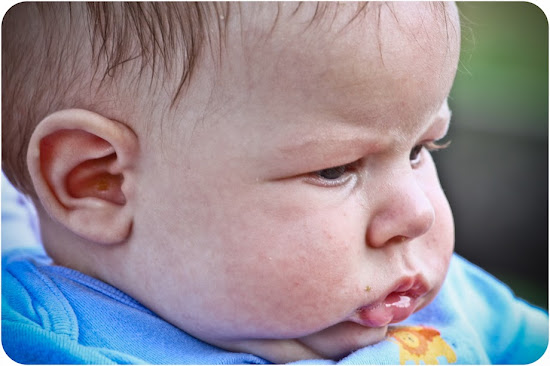 We arrived at the farm at milking time, which was fascinating to watch. The last time Jenni visited, the farmer taught her how to hand-milk the goats, but this time we watched them being milked by a small pump, which was remarkably similar to a breast pump. (Go figure!) For the most part, the goats just happily ate their feed while they were pumped, although occasionally they would kick off the pumps. 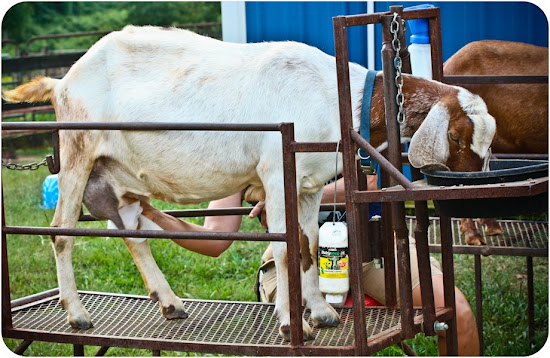 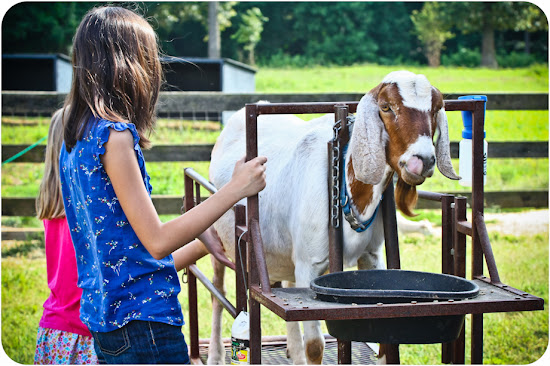 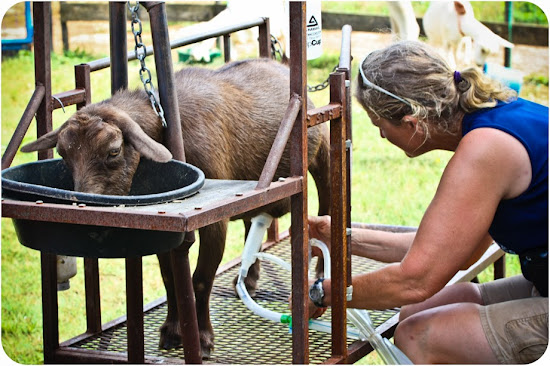 Shortly before we left, the kids took a few minutes to admire the horses.  They were certainly beautiful! 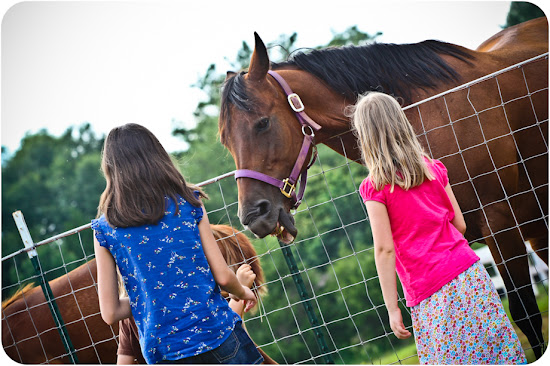 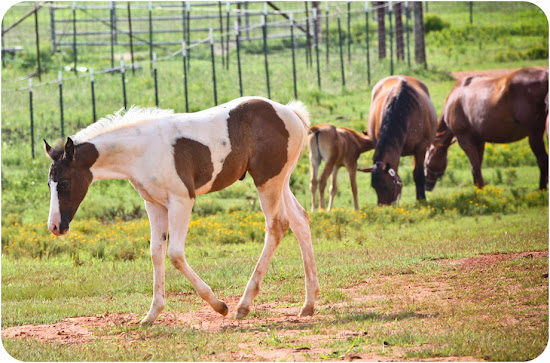