Summer break is officially here with school ending late last week.  The first day or two after school ends, the kids crash from the excitement of it all and seem a bit antsy and unsure what to do with themselves.  By the third or fourth day of no school, they seem to hit their groove and find creative ways to fill their time. I showed them an idea I found on Pinterest, and their little brains immediately took off with variations of it. Philip made a farmer and cow; Elizabeth, a farmer's wife; Paulie, a UFO; and Finn, a fat cow (which he apparently copied from google images as I noticed a tab on my web browser titled "how to draw a fat cow").

{Philip with the farmer and cow} 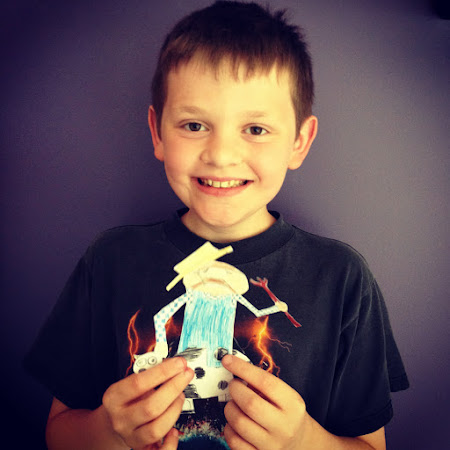 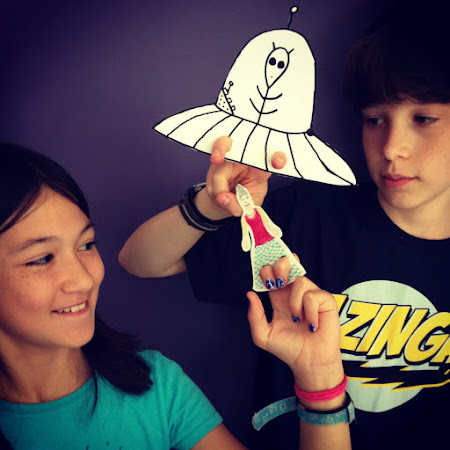 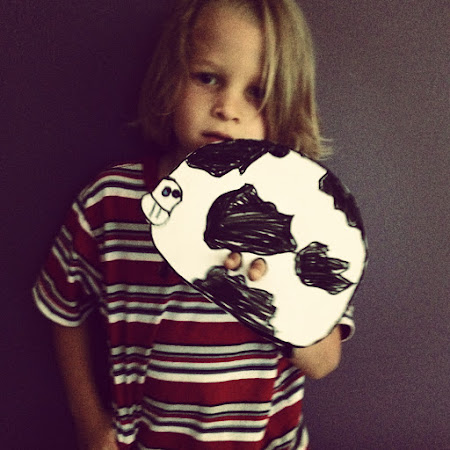 When the kids were done with their finger puppets, they made a little script and story then filmed it.  What started as an idea from Pinterest blossomed into a 4 hour project complete with collaboration, illustration, writing, and film editing. A fine beginning to a creative summer.