We have a new obsession; well, actually Finn does, but it has spilled over to most of the members of our family to some extent.  What began as an art form, constant drawing of various ships sinking, has now become an obsession with real life ill-fated ships. 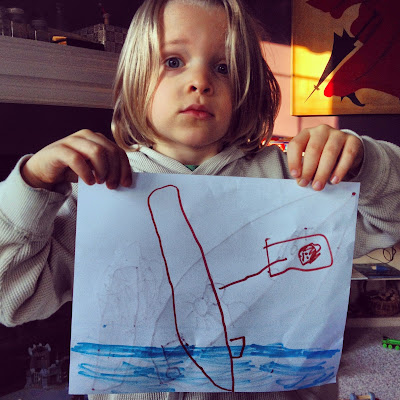 A few weeks ago, Finn asked if we could look up "sinking ships" on the computer.  Once he saw all of those images, he was hooked. Now, each morning begins with a new search for a sinking ship that we haven't learned about yet. 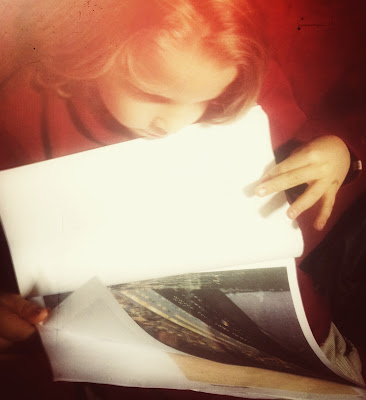 Soon he began compiling them in a report folder: Lusitania, sunk by German U-boat; Hamburg, sunk by a mine in WWII; Centaur, hospital ship sunk during WWII; Explorer, tourist ship sunk in Antarctica by inexperienced captain; Andrea Doria, sunk by striking another boat...and the list goes on. He can flip through his little homemade book and tell you quite a bit about each of his sinking ships. 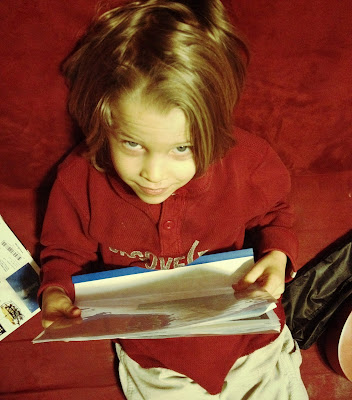 When I found this book on Submarines at the local used book store, I wasn't quite sure if it would be a hit since, well, submarines sink on purpose.  He found several pages on the use of submarines during both world wars, which also had a few sinking ship pictures. 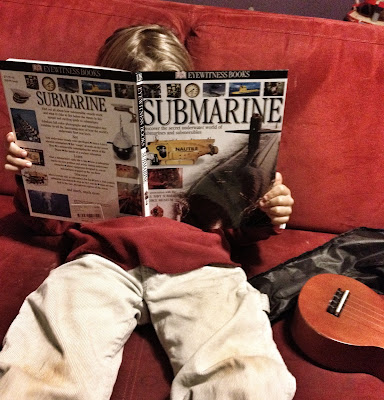 And after scavenging our local library, he found a book about boat wreckage that includes a few sinking ship pictures. You wouldn't believe how hard it is to find books purely about ships that are sinking.  Clearly this is an untapped market! 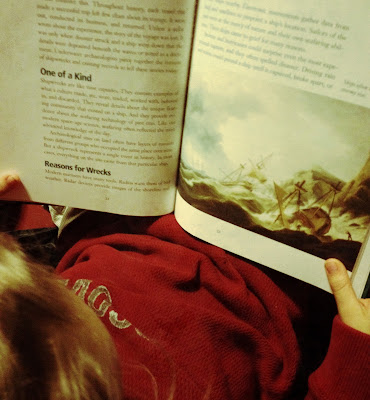 And I found this weekend that Finn's siblings are even indulging his obsession.  Philip made him this little sinking ship on a brad which amused Finn to no end. 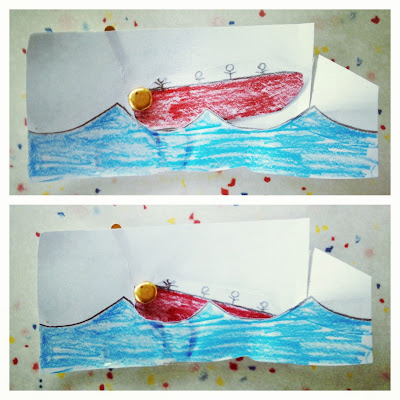 It's completely fascinating to me which topics children become interested in, or even obsessed by. I hope to always pay enough attention to their whims and fancies to be able to indulge and encourage this specific kind of learning that consumes them from time to time. It's how passions are formed and such a fun process to watch and support.