Earlier today, our little festival group that has formed over the last year celebrated Michaelmas. We celebrated our God-given gift of inner strength in defeating our own personal dragons. All of our activities centered around the idea of inner strength as traditionally Michaelmas was considered the beginning of fall and much strength would be required to sustain life through the winter.
We jousted on balance logs, 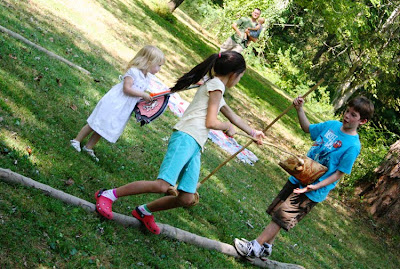 balanced on planks across rolling logs, 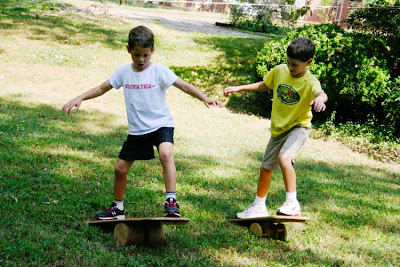 walked across the balance logs, 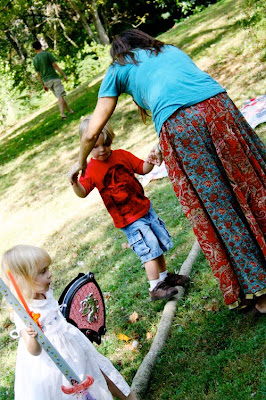 and threw javelins through grapevine wreaths. What mighty warriors we have in our group! 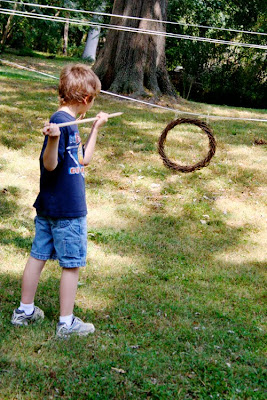 My contribution to the festival was to help the kids make two loaves of dragon bread. Before the festival, I mixed 1 1/2 recipes of the dragon bread from the book, Baking Bread with Children. I divided the kids into two groups, one for each dragon. Each of the kids shaped the body part of their choosing. Then we added pumpkin seeds as spikes down the body and tail of the dragon. 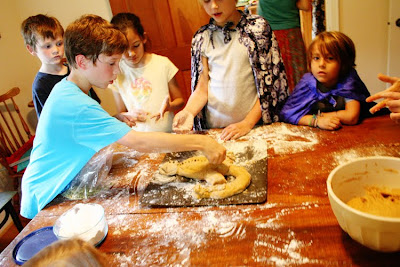 We also had a crown making station for all of our royal/knight folk to dress up. 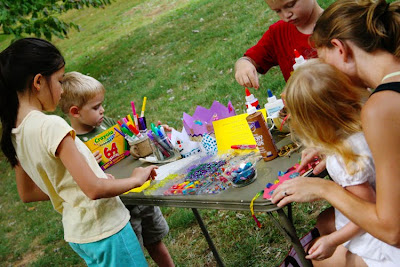 And, as usual, the backyard creek was quite a draw for the older kids. 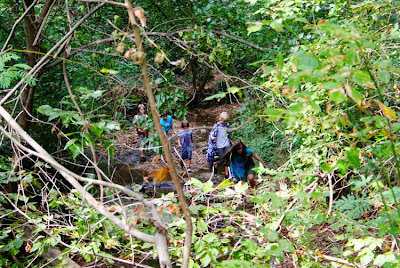 The little ones stuck close to the bean bag toss. Watching those beanbags disappear into the clown is quite amusing! 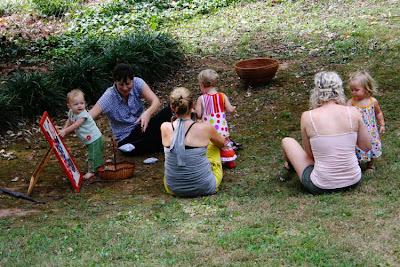 After some snacks, including this dragon made from sliced veggies, 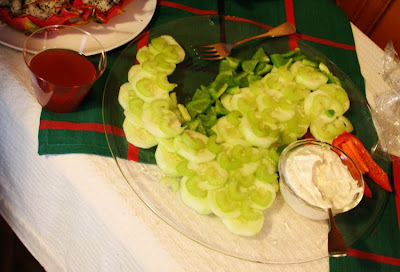 and a bit more sword-fighting, 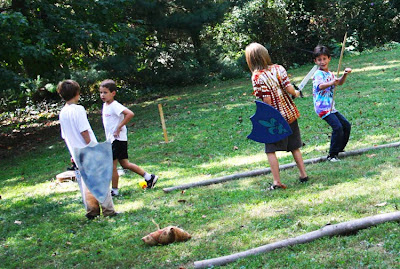 we debuted the finished dragon bread. This really is such a lovely recipe for shaping bread. My kids are already asking if we can make other things from another batch of this bread. 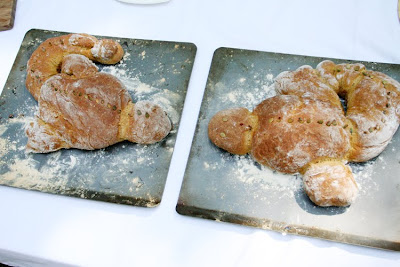 Look at that fierce loaf of bread! 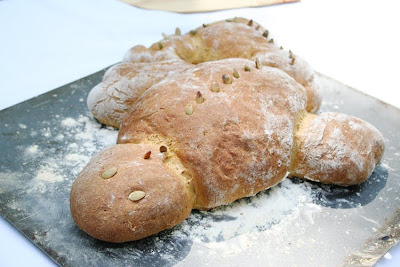 After an organized game of Jennie serenading us with her violin, 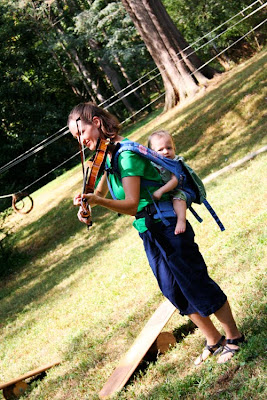 while the rest of the folks paired off and walked in a circle, one of each pair in each circle, 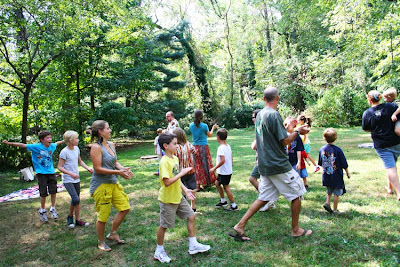 Jennie would stop playing and say something like riding a horse, and the pairs had to find each other then one had to be a horse and the other a rider as quickly as possible. 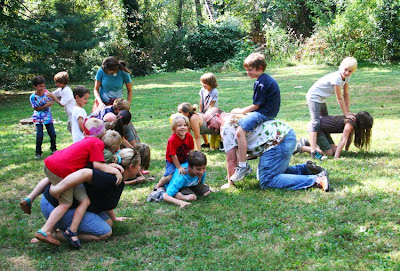 When the game was finished, we enjoyed the fruit of our bread-making labors. The pumpkin in the bread paired nicely with both honey butter and apple butter. Delicious! 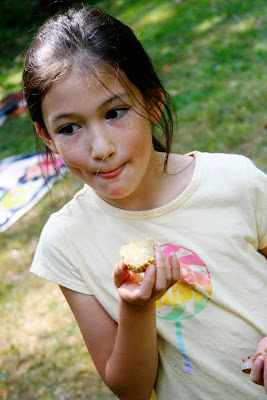 What a wonderful treat it was to spend an amazing afternoon with friends celebrating Michaelmas!
Posted by Joy at 8:57 PM