caramel apples on a rainy day

After the heat wave that feels like it's lasted for months, we finally received some autumnal weather today. It was, of course, accompanied by rain so we were mostly stuck inside, but the open windows and cool damp breeze were heavenly after the upper 90s of the last week. 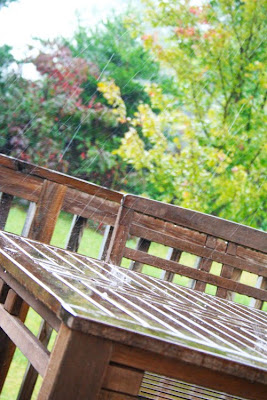 Since we had some time on our hands this afternoon, we decided to make some caramel apples with part of the bounty from our apple picking. We pounded some craft sticks in the bottom of a dozen apples (using the bottom of a coffee mug as our hammer). 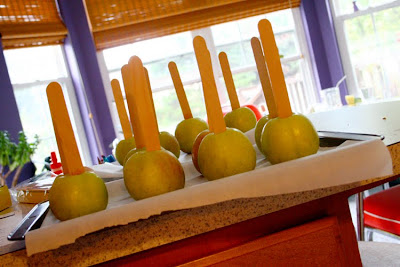 Then we made the caramel using this recipe. (FYI: This was my first experience using a candy thermometer. I've always shied away from using them, without my grandmother nearby, after hearing all her advice about fudge, like "wait for a cold, clear day". The whole thing seems very specific which, in my mind, translates to "you're definitely going to mess up since you don't follow recipes or directions very well". I have to say it wasn't nearly as scary an experience as I had made it out to be in my head.) 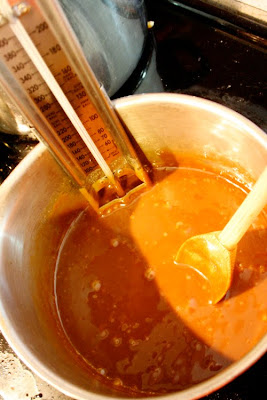 Also, about that recipe, letting the caramel cool to 180° was too much I think. I ended up having to reheat the caramel a bit because it became a big lump that we couldn't roll the apples in. I think next time, I'll pull the pot off the burner and let it cool to 200° then put it on the burner turned as low as the burner will go to keep the caramel from cooling too quickly while we're rolling the apples. The kids were thrilled though so all was well. :) 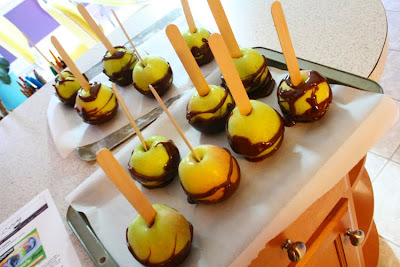 While their apples cooled enough to eat, they decided to ignore the dripping sky and frolic in the cool, autumn day. They looked so silly in shorts and raincoats and a combination of water shoes, rain boots and snow boots. Whatever works, I guess! 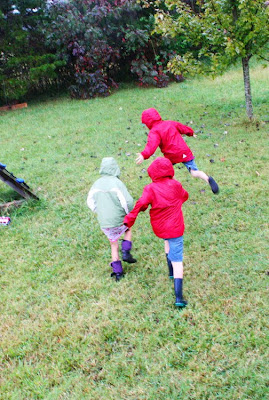 And then I caught them all jumping in the same puddle! 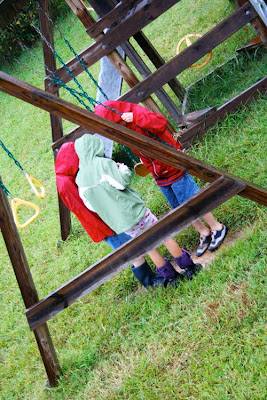 Finn couldn't let them have all the fun in his beloved puddle. 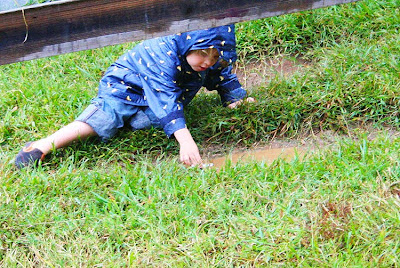 The apples ended up being the perfect after-playing-in-the-rain treat. 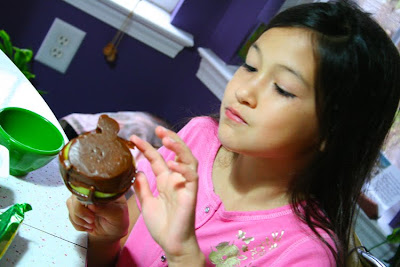 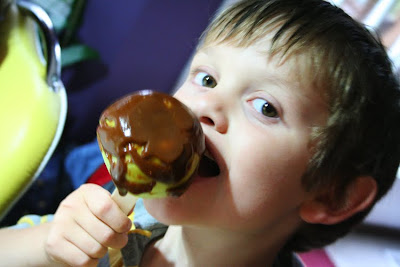