We've continued to receive updates on Paulie and Elizabeth at camp via the camp website and a couple of letters from Elizabeth. Paulie apparently decided to take the fishing class again this summer, which you can see below includes making your own pole. 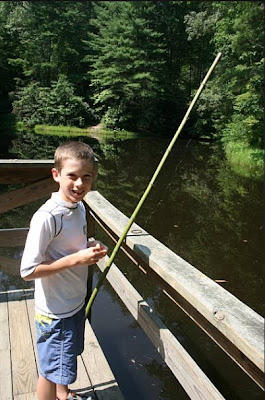 Elizabeth is trying out all new activities this summer, with the exception of art, including archery (seen below, she's the archer furtherest to the left), fishing (?!), and canoeing. You go girl, is about all I have to say about that. I hope she finds enjoyment in one of her new activities. 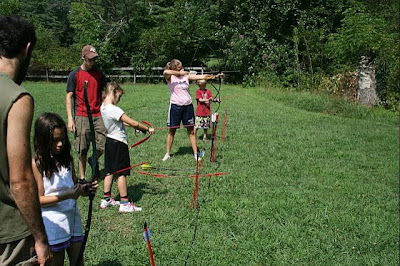 We also saw that Paulie had the chance to visit Big Scoop, a local ice creamery near the camp. 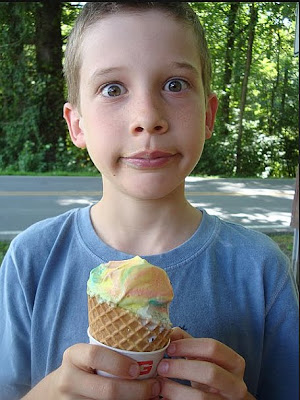 On the homefront, we decided, since Paul was out of town visiting his mom the last two Finn-ful weekends, to take advantage of a Finn-only night and have an Indian food. Have you ever seen a 2-year-old breathing in his beloved Indian food? 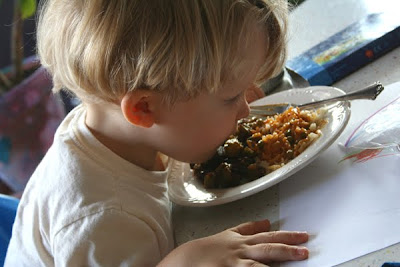 As Finn would say, "Mmmm...dewishious!" 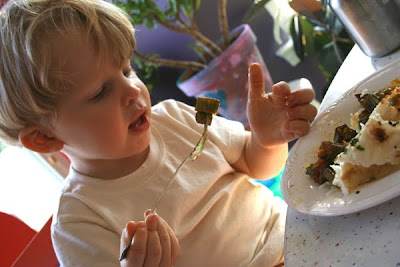