In addition to everything else that's been going on in the last week, I was packing trunks for Paulie's and Elizabeth's second summer at Eagle's Nest Camp. (If you look back at last summer's photos, I can't believe how much older they both seem in just one year!)
The camp session began on Sunday for an 8-day adventure in the NC mountains. I was very disappointed not to be able to drop the kids off at camp myself, but I was extremely grateful, with everything we've had going on, that Paulie and Philip's mom volunteered to drive them out to camp (3 hours away). They were thrilled to be heading back to their beloved camp to spend a week swimming in the lake, improving archery skills (after crafting one's own bow, of course), fishing for Big Lex (legendary mammoth fish who inhabits the fishing lake), hiking through waterfalls, identifying herbs and plants, baking bread for the entire camp, harvesting organic veggies from the garden, tie-dyeing t-shirts, weaving baskets, and the list could go on and on. I seriously cannot say enough good things about this camp. We are fortunate to know many families in our area (many from Elizabeth's school) who send their kids to Eagle's Nest and the camp community is beyond wonderful.
Elizabeth was thrilled to be placed in the same cabin and chose the same bunk that she had last year. 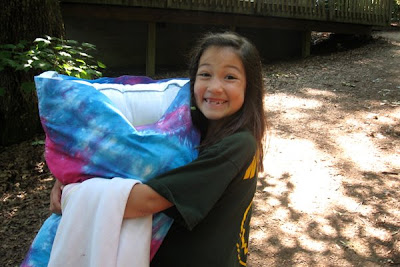 Paulie was in a different cabin and wonders why moms always want to take photos like this. 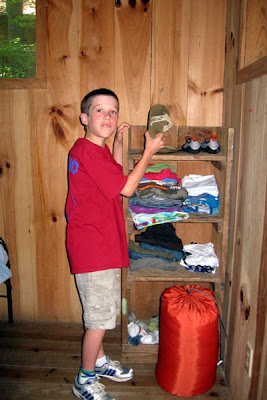 Elizabeth's first mission was to open the package I sent in her trunk with the instructions: "Do NOT open until you get to Eagle's Nest Camp!" 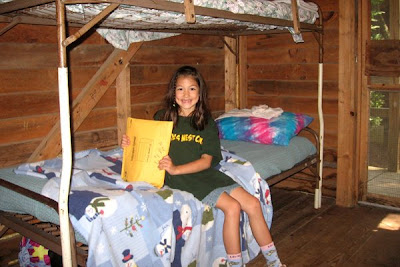 And then they were off with their friends, old and new, getting settled into camp life. 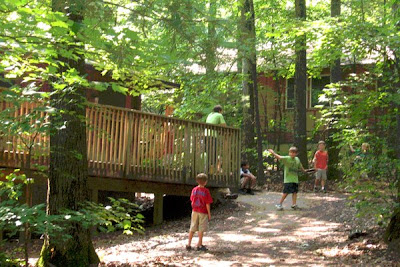 Elizabeth's with a group of girls getting ready to take the swim test in the lake. 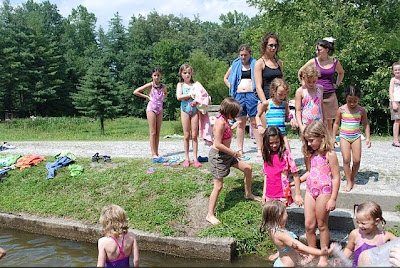 Paul is with his tribe following a very muddy tribe initiation on the first evening. 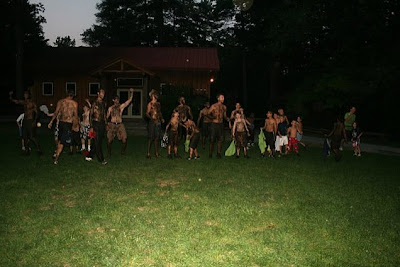 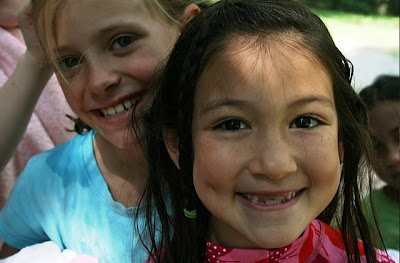 and reconnecting with old ones too (at the first morning's flag raising). 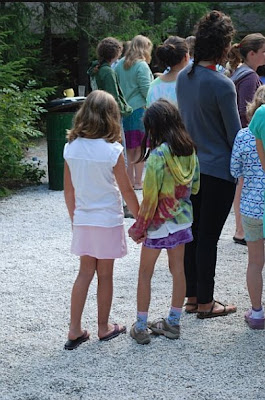 **Since I have not made it over to camp yet this year, these photos were obviously not taken by me. Paulie's mom took the first 4 photos when she dropped them off at camp, and the last 4 were taken by EN staffers and posted on the camp's website today.
Happy camping to Elizabeth and Paulie!
Posted by Joy at 8:47 PM