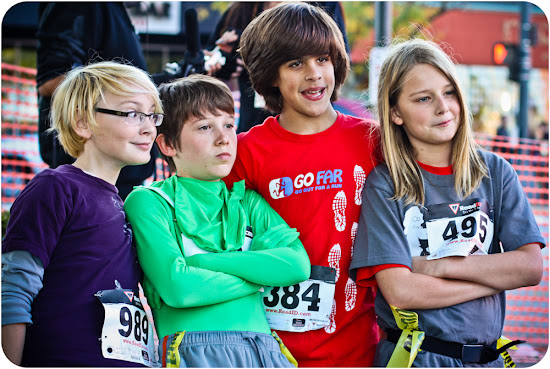 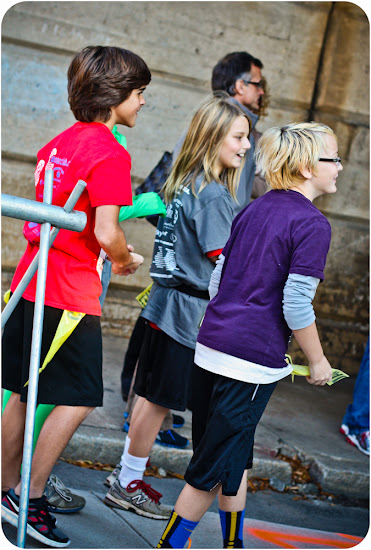 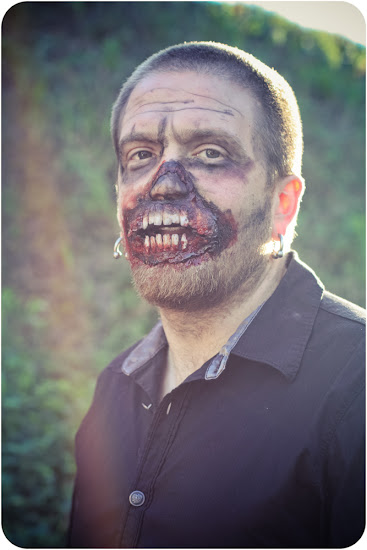 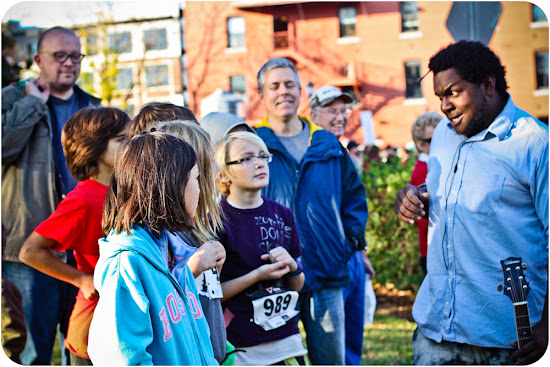 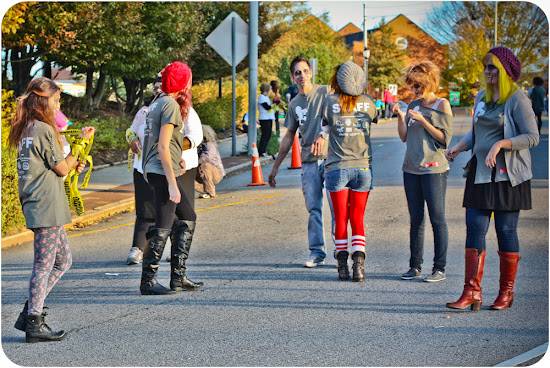 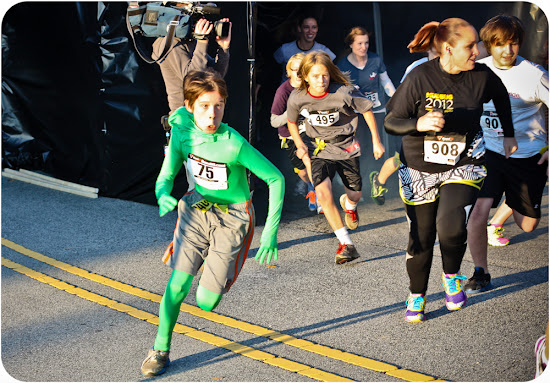 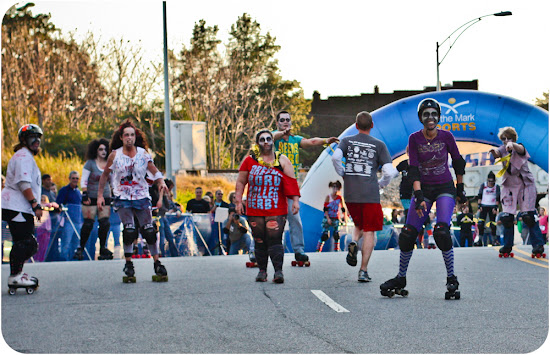 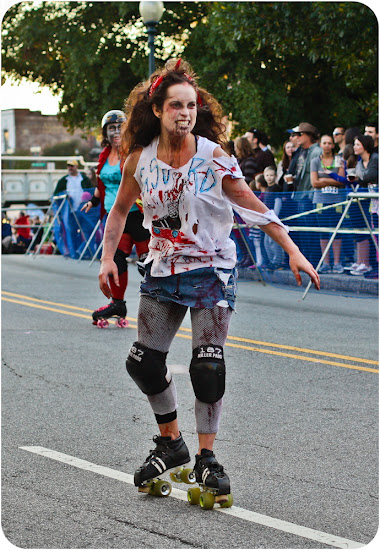 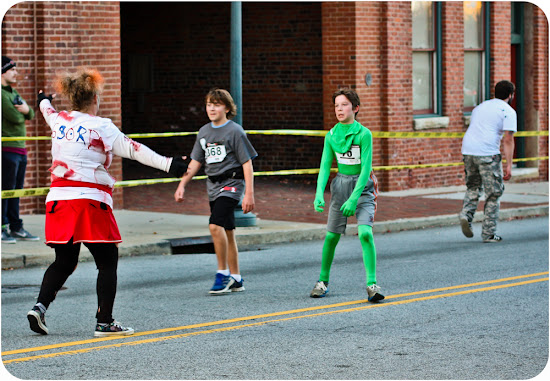 Paulie and several of his friends gathered at a local Zombie Run on Saturday to see if they could make it through a 2 mile course littered with zombies with 2 yellow caution tapes attached to their belts intact.  We, of course, were only able to watch them at the beginning and the end of the race, but the antics were hilarious.  The roller zombies at the end of the course were particularly dicey to navigate, but Paulie and all of his friends made it through and won little sticky, squishy brains as a prize, not to mention the distinction of defeating the zombies.  I don't think it would have been worth it for me, but they were thrilled.