Finn decided to be 2 blue Legos for Halloween, an idea, made of cardboard boxes and plastic cups, that I found on Pinterest. He was thrilled by all the compliments he received on his costume. (We live in an area where princesses, super heroes, and other tv characters reign supreme.)  Finn was the only kid here for Halloween this year. We spent about 45 minutes trick-or-treating, another 30 minutes handing out candy (he was VERY excited to hand out candy this year), and then off to bed just a few minutes later than usual. 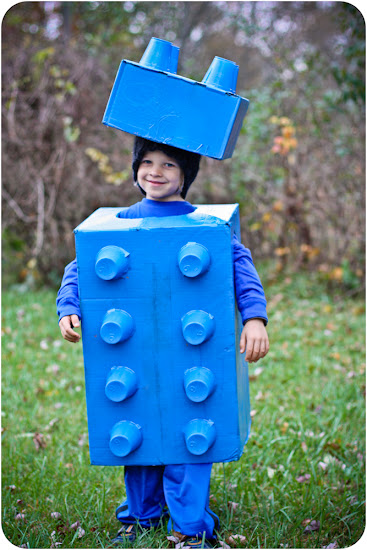 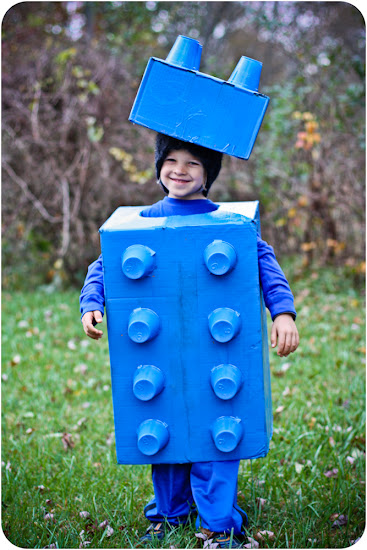 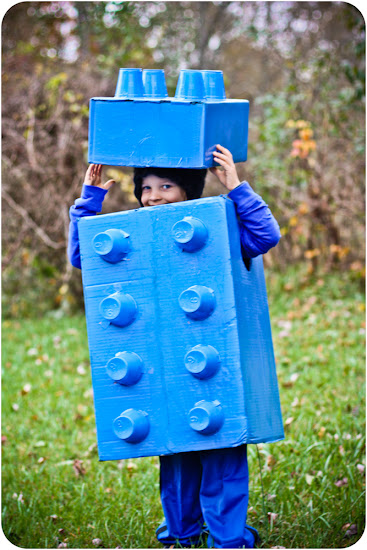 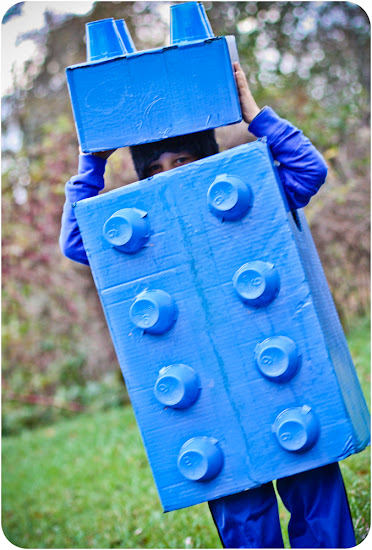 This morning, as per our usual, Finn found that the Halloween Fairy had visited during the night and whisked away his candy, bringing a small Lego set, a new book, some organic chocolate, and a few organic gummy spiders. A perfect Halloween for a little guy, I think.

I hope yours was similarly delightful!