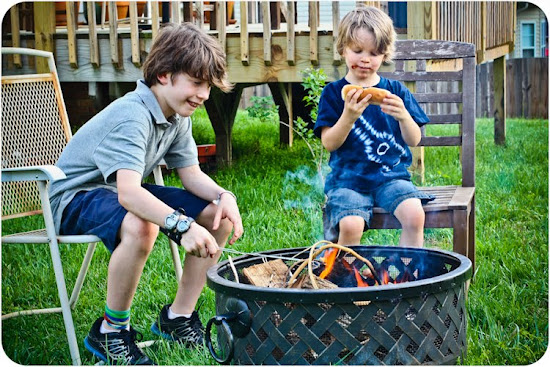 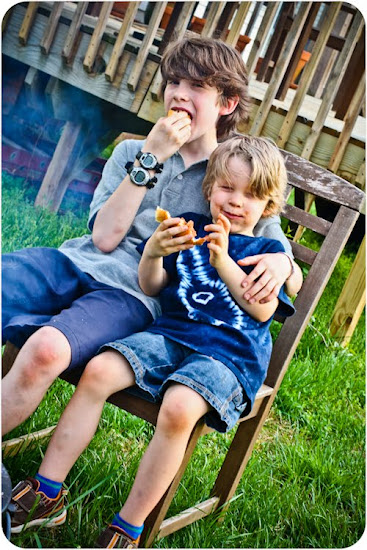 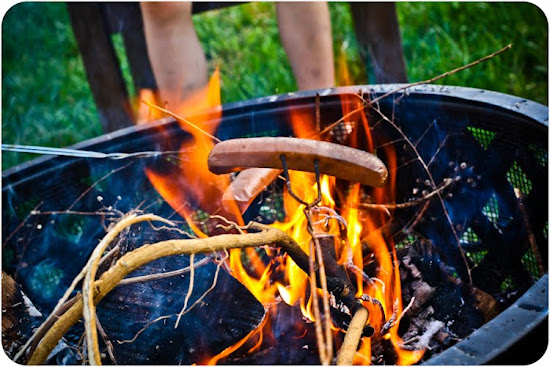 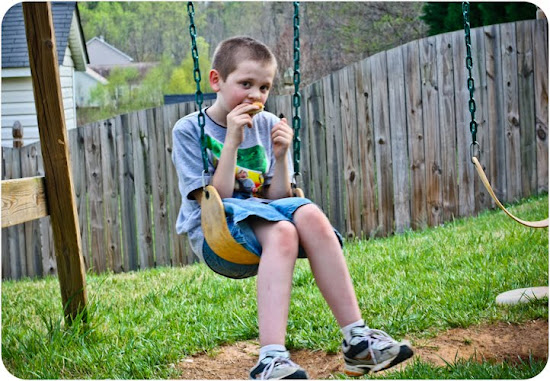 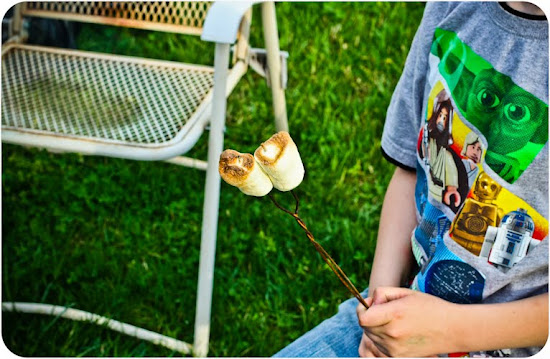 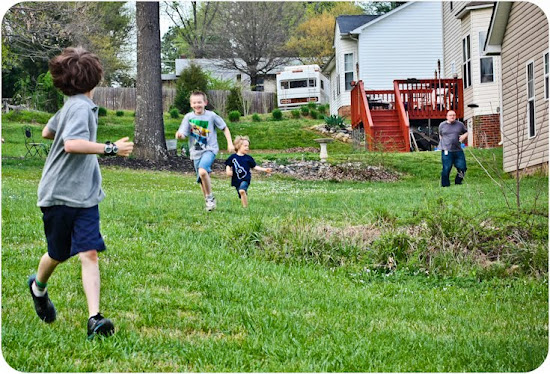 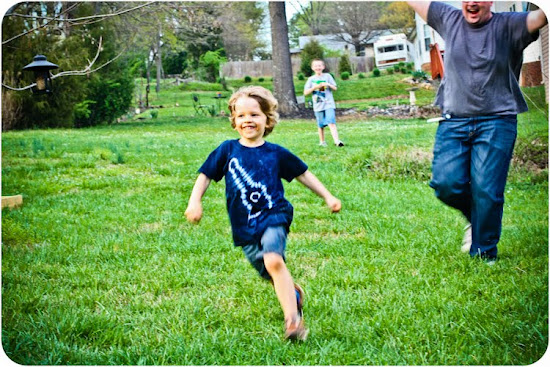 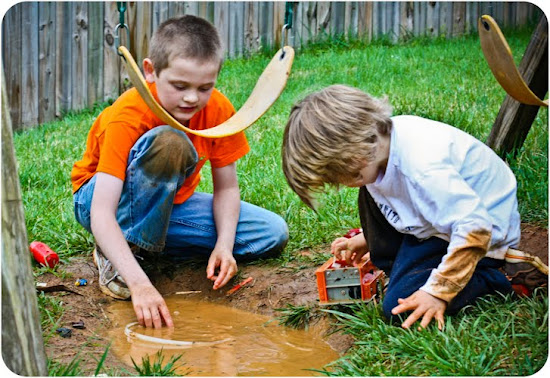 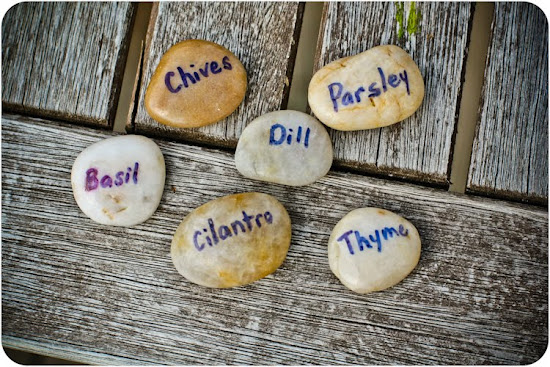 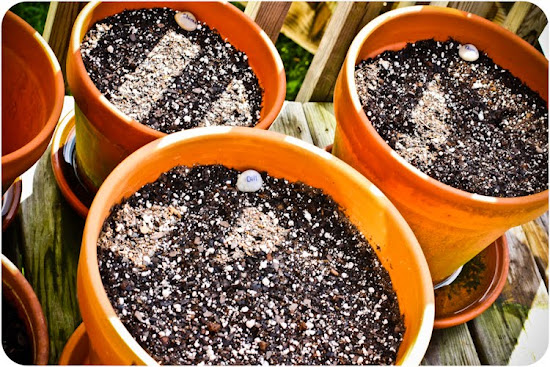 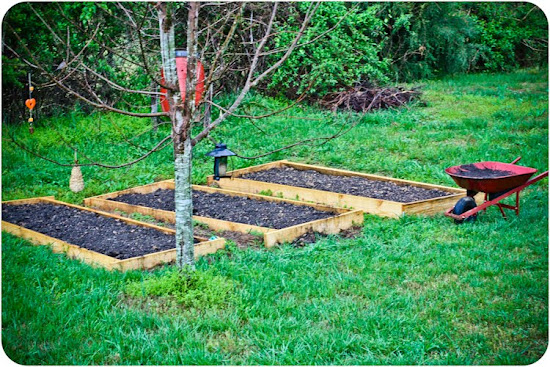 The first part of our weekend was lovely, full of roasted veggie dogs and marshmallows (processed fake meat and puffed sugar, a rare treat!) and chasing games (including the favorite chaser, dad!)
The rest of the weekend we've spent dodging the rain, trying to accomplish our garden tasks. During a break between storms, I did manage to get most of the herb pots filled with soil and seeds, while the littles played in the mud hole. I wrote the herb names in permanent marker on light-colored rocks so I could remember which herb was in each pot.
The dirt/compost mixture for our raised beds was finally delivered in the late afternoon, about 45 minutes before the onset of another thunderstorm. Even though I had pizza dough already shaped and rising in the pans, I had to drop what I was doing so that Paul, Paulie and I could shovel and wheel as much dirt as possible before the thunderstorm began washing it away. Paulie was a trooper and hung in there for almost entire 1.5 hours we shoveled, even in the rain. We did send him inside when hail began pouring from the sky. I just kept thinking of Farmer Boy when father woke Almanzo and Royal to have them pour water over the frozen corn to save the crop before the sun hit it. There's quite an adrenaline rush to shoveling compost and dirt in the hail before the rest washes down the storm drains. Here's to an uneventful rest of our weekend, even though the storms are supposed to continue all day today.
Posted by Joy at 8:55 AM