This lovely autumn weekend was full of clear, frosty mornings and warmer, sunny afternoons. Finn and I were the only ones at home this weekend with Paul out-of-town and the older kids visiting their other parents. We decided to take a small road trip out to visit my grandmother, who lives on a few acres in the middle of the woods. Beautiful autumn woods. 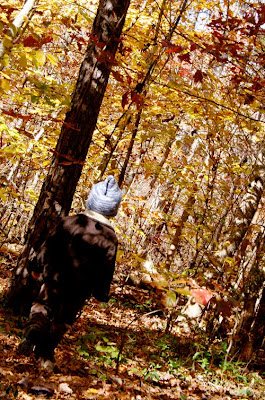 Once the sun rose high in the sky and it's rays knocked a bit of the chill out of the air, we headed to the edge of the woods. Many leaves had fallen from the trees and crunched under our feet, but a few variously hued leaves were left clinging to brown branches, biding their time. 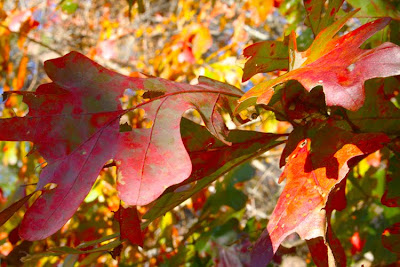 My mother headed out with us and brought a paper bag to help us collect some sticks to use for kindling on our fire pit. We actually ended up with 3 bags full while we scarcely covered 100 feet of the woods. 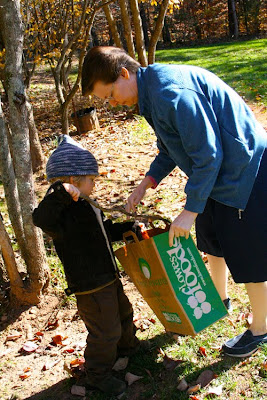 Finn took his kindling gathering very seriously. He even learned out to step on one end of longer branches to break them into kindling-size. 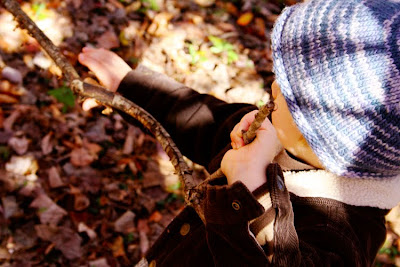 Of course, we found more than just kindling on the edge of the woods. Recent rains brought sprouted fungus from some of the branches. 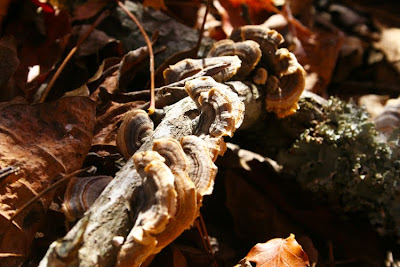 And we spied a few red berries hiding under the blanket of crunchy leaves. 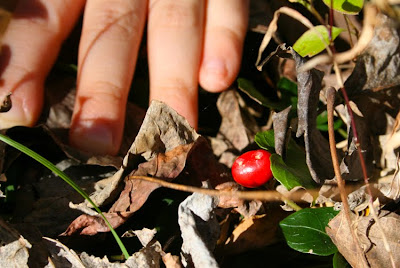 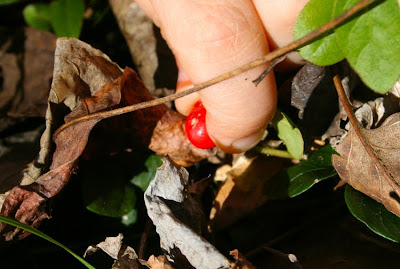 After some cajoling, Finn agreed to give me a peek into his pink-stained hand to see his stash. 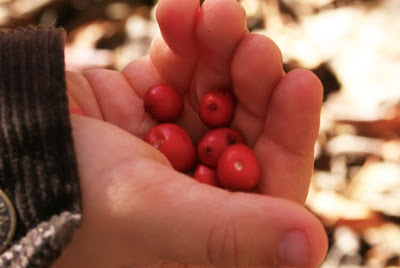 When our wood gathering job was done, my mom gave Finn a ride in the wagon. 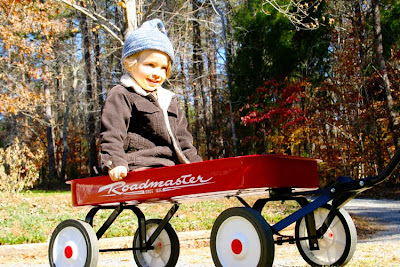 And I used this distraction to sneak back into the woods alone. 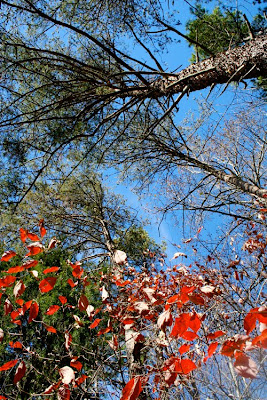 The clear blue skies make such a startling background for the few colorful leaves remaining on the increasingly sparse tree branches. 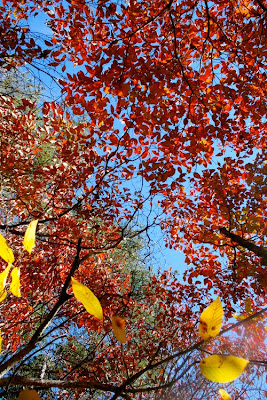 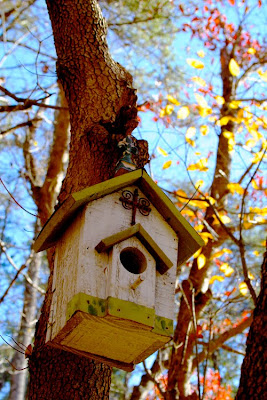 Then I took a seat on a mossy rock and breathed the crisp autumn air. 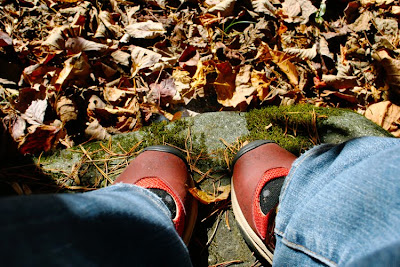 This was my view from the rock on the edge of the woods. My grandmother sweeping the leaves from the sidewalk; my mother and my son engrossed in some kind of discussion. Four generations occupied these autumn woods on this autumn morning. 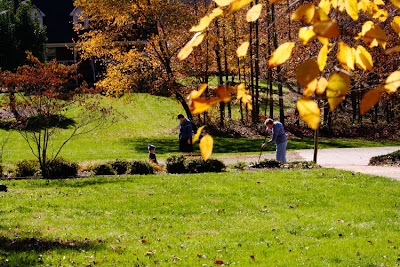 While they were ensconced in their various tasks, I crossed the driveway into the opposing woods, darker and deeper they lie. 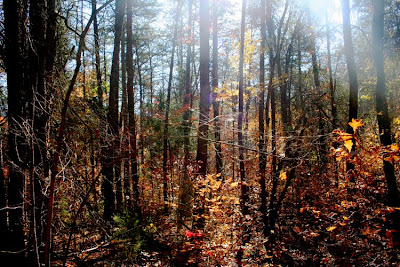 I walked and walked, further down the foothills until I reached the trickle of water I knew I would find there. The leaves were largely missing here, long floated away by the rippling stream. 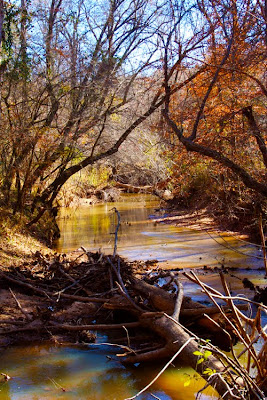 Far under the branches I spied a family of ducks which I chose to leave to their devices as I listened for a moment, as still as I could, to the song of their ruffling feathers mixed with the trickling waters. 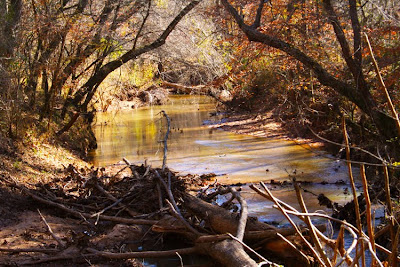 When I returned from my walk, I found Finn happily swinging on the porch with Grammy. 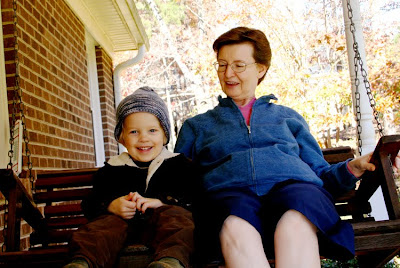 These are the autumn woods. This I want to remember.
Posted by Joy at 1:59 PM