Despite the fact that we had 2 separate snow/ice events in the last week that caused school closings and many folks in our area to lose power for several days, the signs of spring's imminence abounded this weekend. As I restocked our groceries on Saturday, I noticed that our local Whole Foods had a special weekend sale on berry bushes. Although it felt strange to think of planting raspberries when most of our yard was still covered in ice, I brought 3 bushes home anyway. With the 60 degree temperatures this weekend, the ground was soggy and soft, perfect for planting a few shrubs. 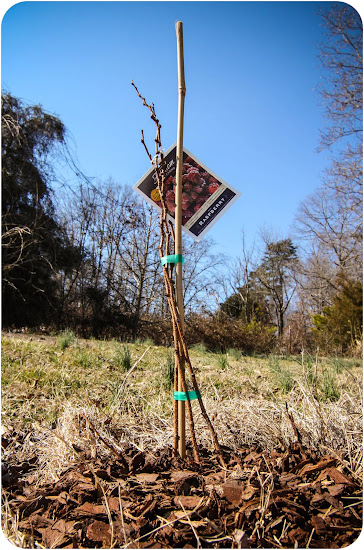 In addition to the raspberry bushes, I noticed that the peach seedlings which Elizabeth rescued from the compost last spring, had not only survived the winter, but they had buds just beginning to shoot forth. It's amazing that these seedlings not only grew over a foot last summer, but also had the fortitude to survive the coldest winter we've seen in several years. 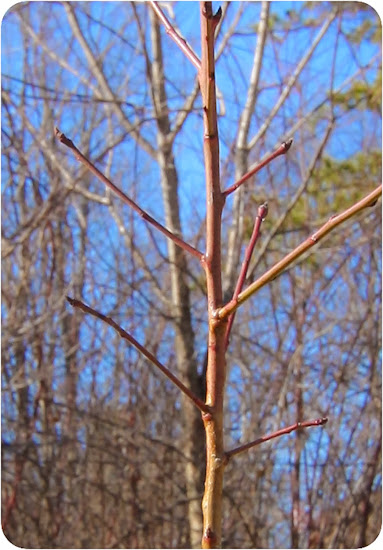 We decided they must be of hardy stock. We took a chance on them and transferred them from the pots into the ground. We mixed them with manure and potting soil and heavily mulched them. Wouldn't it be amazing if we were ever able to harvest peaches from those little seedlings rescued from the compost? 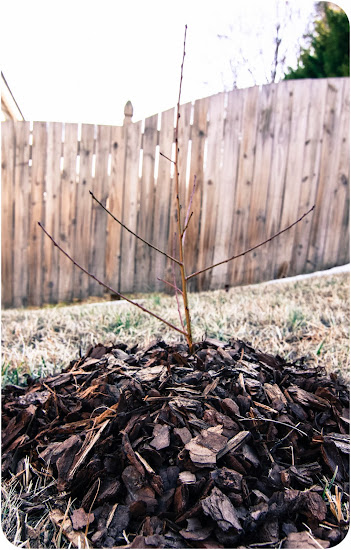 In addition to the planting, we just generally enjoyed the beautiful weather. The kids played outside for several hours, riding bikes, getting muddy. Ahh...spring! We know it's a bit early to think you're here to stay, but we'll enjoy the company while you visit. 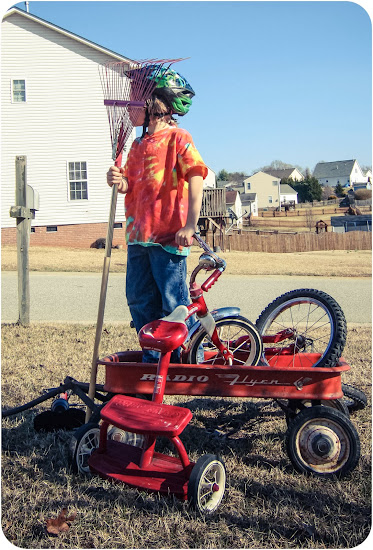 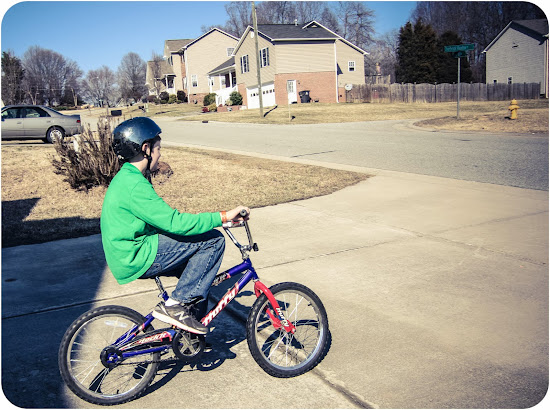