About a year ago, Elizabeth and I started occasionally watching the ABC television series, Once Upon a Time. She's always been a huge fan of fairy tales, having multiple copies of Brothers Grimm collections, and even several collections of international fairy tales. Once Upon a Time takes great liberties with the story lines of the most famous fairy tales, but the series nonetheless held immense interest and appeal for Elizabeth. After winter break from school, when we watched the first few episodes of the current season, Elizabeth wondered why a few of her favorite fairy tale characters had failed to make it into the story line of Once Upon a Time. She gave a great deal of thought to how a few of the missing characters might enter the current storyline on the show. As she thought, she came up with a great idea for the entrance of Rose White and Rose Red. She decided to write down her ideas, then created a blog to publish those ideas, and she wrote a letter to the producers of the show with a link to her blog, hoping that they might take a look at her ideas. 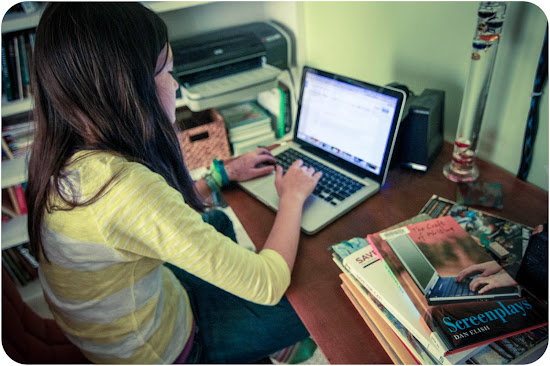 What was initially a few paragraphs of idea became more and more fleshed out in her mind. Paul bought her a copy of Save The Cat!, a popular book on screenwriting, and we checked out another book on Screenplays from the library. She devoured those books over the course of a few weeks, while reworking her paragraphs of ideas into a more standard screenplay format. She also found a few copies of actual Once Upon a Time episodes online. She studied the lingo, paid attention to how they emphasized words and expressions, and pondered dialogue. Eventually she transformed her few paragraphs of ideas into a full-fledged screenplay. She spent hours over the last 3 weeks or so, reading, writing, and editing. You can find her screenplay here. I have to admit that I'm proud of her dedication to this project. She has been deeply committed and has worked long and hard to reach her goal of finishing this screenplay. 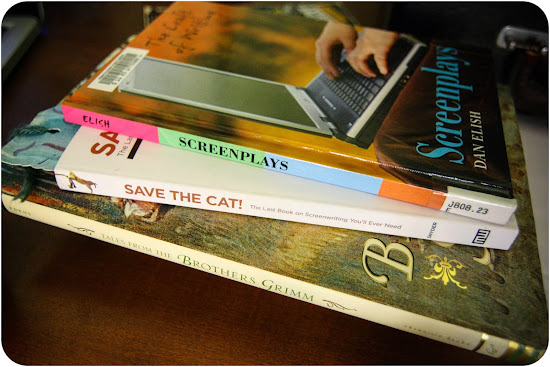