back to school lunches

One aspect of back-to-school preparations that I look forward to (at least for the first week or two of school) is rethinking my approach to the kids' school lunches. My kids take a lunch every day and it remains challenging to come up with lunch ideas that don't grow tiresome. I've also been moving toward as few processed foods in their lunch boxes as possible. (Those packaged snacks are just SO easy to pack!) 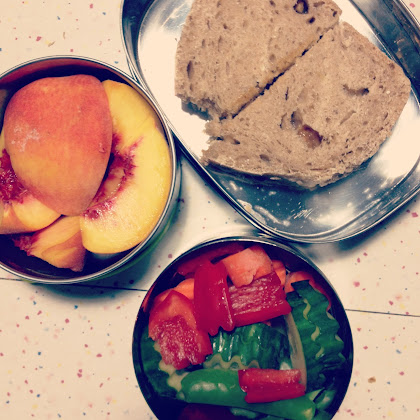 Each of my kids has their own lunch system that works for them.  The boys prefer multiple dishes, but Elizabeth, who does NOT want to be in charge of keeping up with all of those individual dishes, uses a one-piece lunchbox. The older boys also prefer hot lunches to sandwiches, etc. They have a thermos with a hot meal at least twice each week. (I only pack their lunches 2-3x per week.) 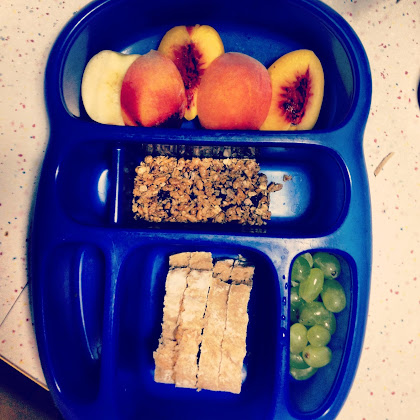 In order to stay on top of the snack or carb items in the kids' lunches, I've started making a double amount of 2 different items then freezing half so there are at least 4-6 options for each week. This week, in addition to homemade bread, made with a soaked sprouted wheat version of this recipe, and homemade granola bars (with almond butter instead of peanut butter) from last week, I made pumpkin soft pretzels, toaster pastries, and flatbread crackers. 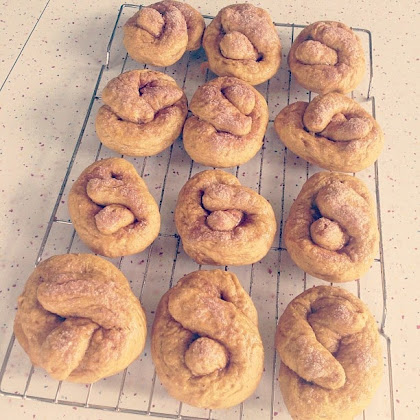 The pumpkin soft pretzels were made based on the recipe in Baking Bread with Children. I subbed pumpkin for part of the water, added cinnamon and nutmeg, then sprinkled the pretzels with cinnamon sugar instead of salt. 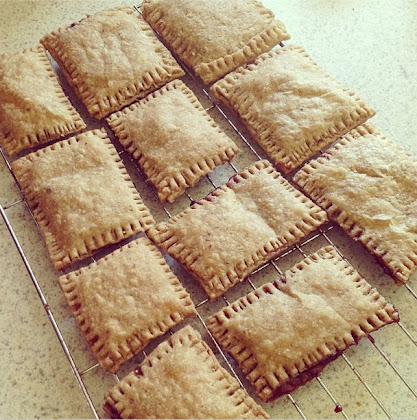 The toaster pastries were from a recipe I saw on 100 Days of Real Food. I used all sprouted wheat flour and homemade strawberry vanilla jam. These might have been the favorite lunchbox treat so far. 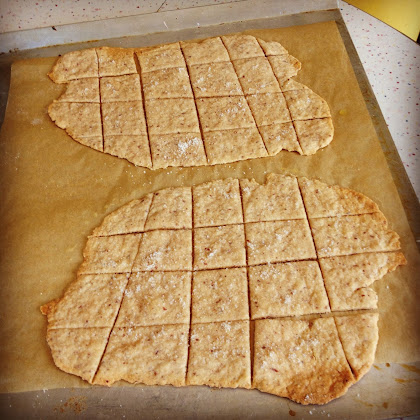 We've been making these crackers quite often. They are made with the Smitten Kitchen Rosemary Flatbread recipe. I usually make a double recipe to give us plenty of crackers. I generally leave out the rosemary when I'm making crackers to make it easier to use the pizza wheel. I also usually sub about 1/2-3/4 cup of almond meal in place of the flour and use half all purpose and half sprouted wheat flour. A flaky gray salt or fleur de sel makes these irresistible!