This weekend will be busy with houseguests, I thought I'd do a garden update this afternoon.  We'll start with the tomatoes, since those have been worrying me the most lately.  We've had tomatoes on a few of the plants for a month now and more have developed during that time, but so far, none have ripened.  I don't know why that is, but I do know that in addition to no ripening tomatoes, the tomato plants have completely taken over that bed, effectively overshadowing all of the pepper and lettuce plants. 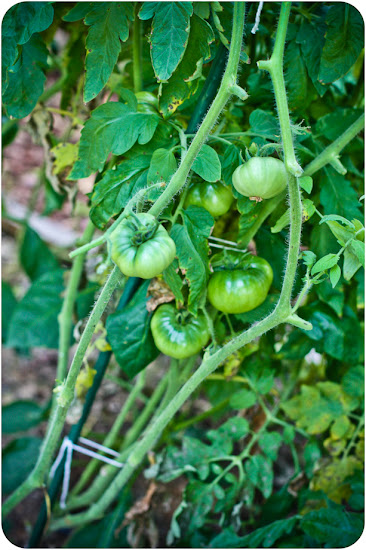 After a conversation with a friend this morning, I decided to prune the tomatoes and better stake a few of them so that the peppers and lettuce could breath, and hopefully the tomatoes will continue to develop and ripen now that there is less foliage for the plant to feed. 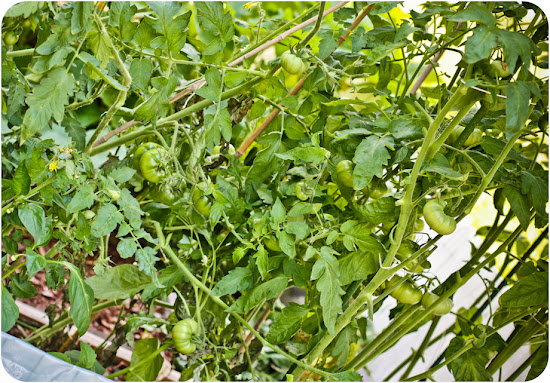 About a quarter of the carnage: 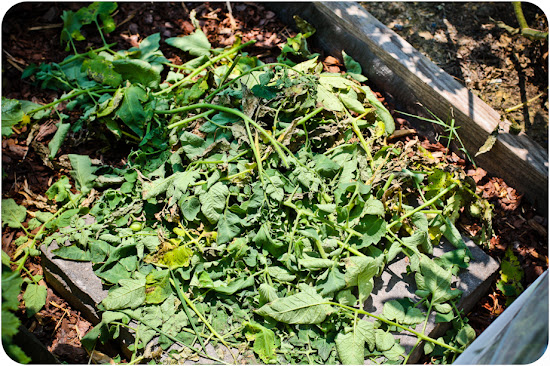 I hope this was the right solution, that the plants won't go into shock, and that I'll have some tomatoes to pick soon.  Much like my daughter, the tomato plants now look like gangly preteens. 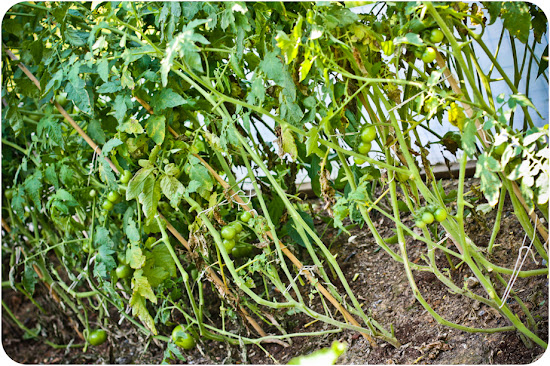 But hey, there are some flowering pepper plants in there! 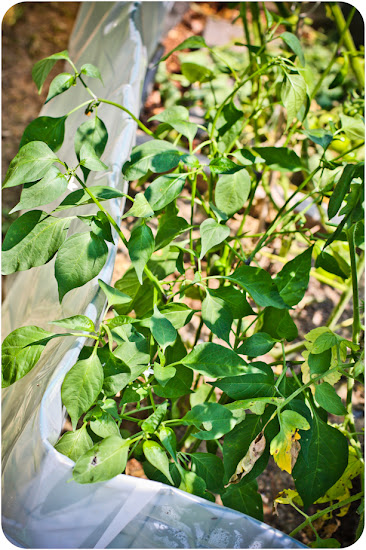 Another area of infringement that I tried to correct this morning was the butternut squash that is invading the garden pea teepee. 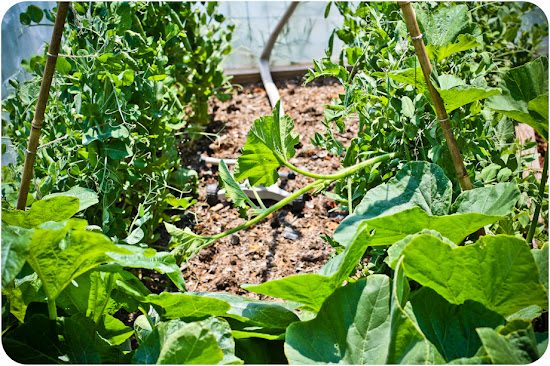 Of course, what was wrapped around the pea pole, but a little butternut squash himself.  I sent the butternut squash plant headed back into his territory but didn't want to compromise the little squash so left part of the plant threaded through the peas.  Don't these veggies know to stay in their own section of the bed! 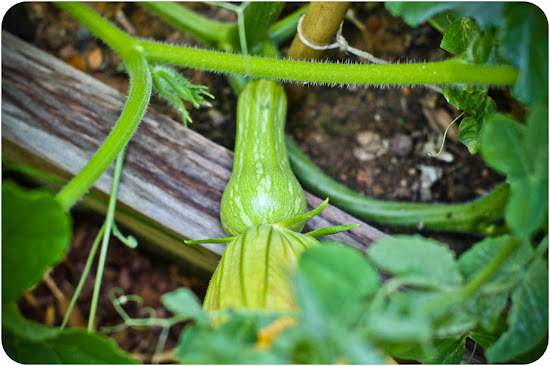 While I was out there, I noticed some of the garden peas were ripe for the picking.  My first harvest of garden peas probably only amounted to a half cup of shelled peas, but I'm happy about their sweet juicy taste and hopeful for the many peas yet to ripen. 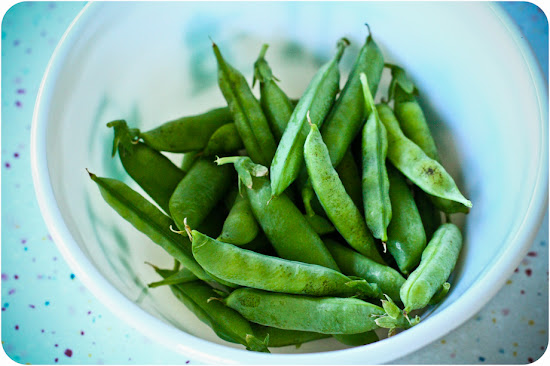 And of course, there's the summer squash.  I must pick 2-3 every day and we've been eating them about that often too.  We've eaten zucchini boats, zucchini fries, squash-crust pizza (I just thinly slice the squash and drizzled it with olive oil then baked it for 30 min before adding sauce and cheese, but next time I'll try this one), and squash sauteed with butter and onions.  I know most people get tired of their squash, but I kind of like those easy-to-grow little guys.  They are like a little reward for even the most amateur gardeners. :) 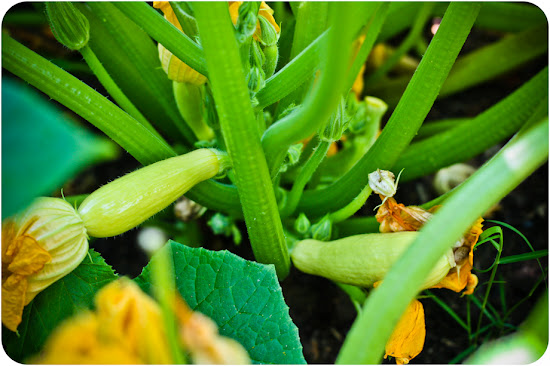 This next photo has nothing to do with my garden, but is the new view from our back window.  A portable clothesline has been drying about 1-2 loads of laundry nearly every day for us.  It sort of shades that window as well...added bonus!  The kids think I'm nuts for skipping the dryer in favor of hauling the wet laundry downstairs and hanging it all on the line.  But I don't mind the extra work since it's my choice and I still have a dryer for the sock loads and rainy days. 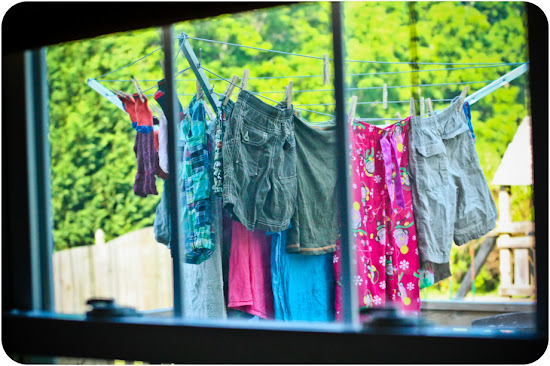