Finn has been asking for about 6 months to run a race. He's been on the sidelines watching his big brother, Paulie, race since he was about 2 years old, and he's been chasing him around in the backyard about as long. He finally felt like his time had come to run in a race of his own. 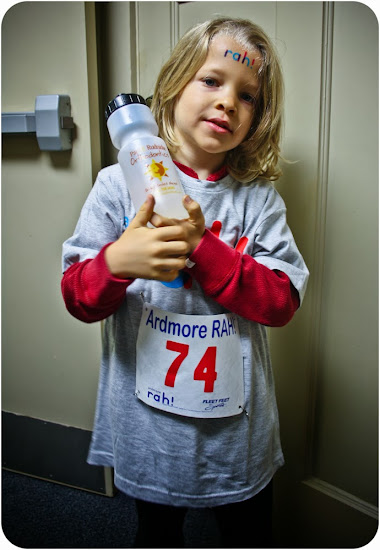 We signed him up for a Fun Run in the local Race Against Hunger, and he proudly wore his tattoo, t-shirt, and carried his newly acquired race loot bag. 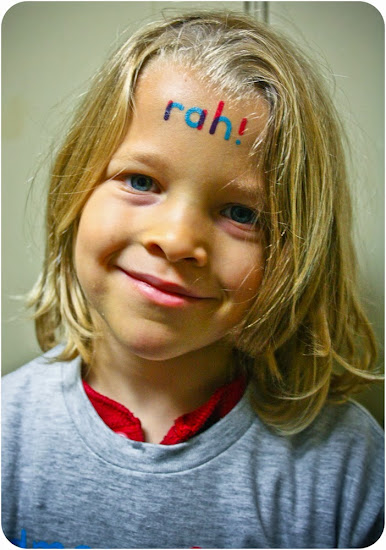 We arrived very early as we hadn't been to this race event before. We got the packet and acclimated ourselves to the event layout. 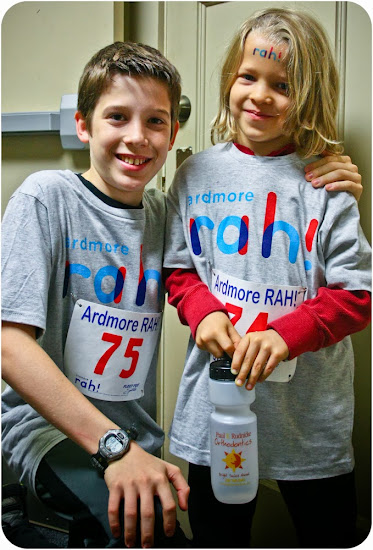 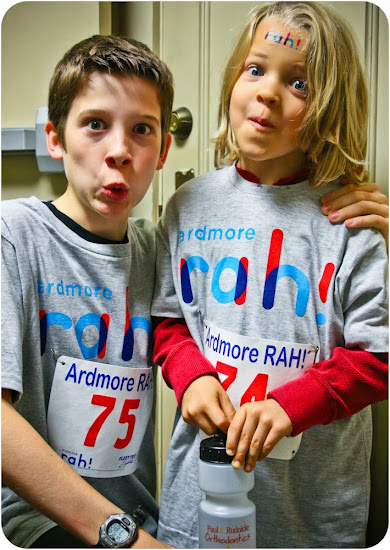 When the sun finally came completely up, well, as much as it ever did on this rainy autumn morning, we headed out to the starting line area. 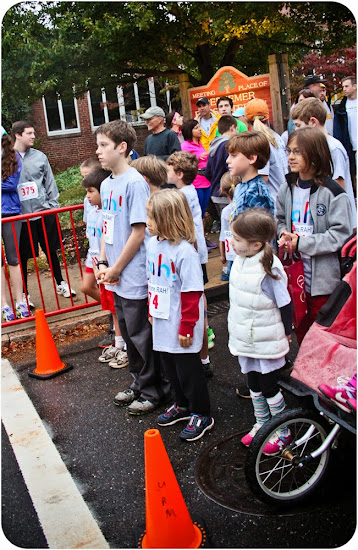 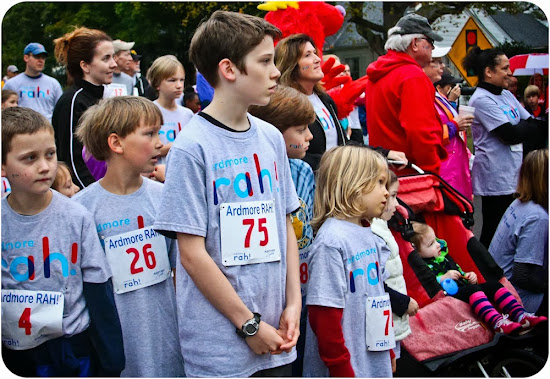 Finn did all of his stretches. (Paulie spent some time teaching him how to stretch before the race.) 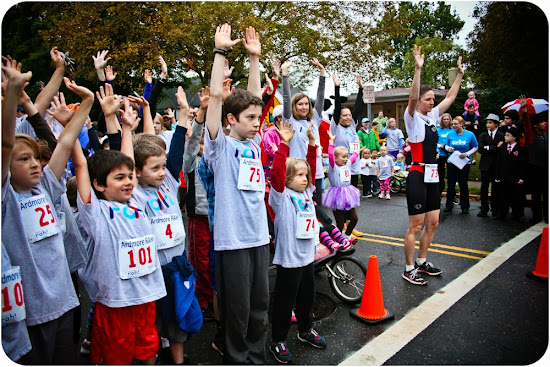 And they were off! 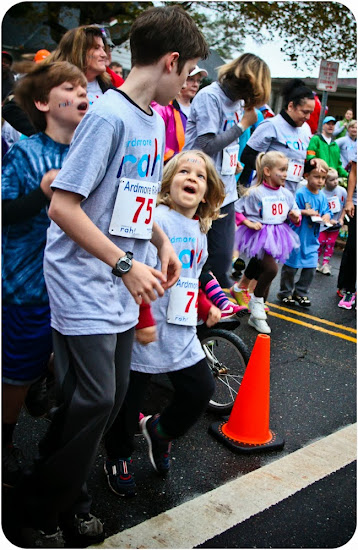 Finn was so thrilled to be able to join his big brother on this adventure that he'd only been able to spectate before. 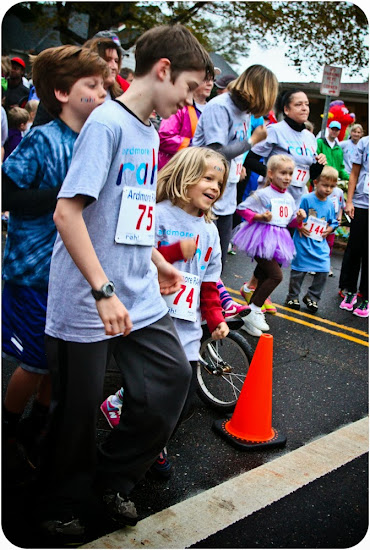 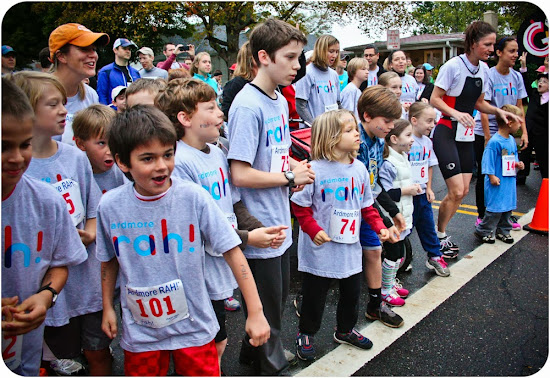 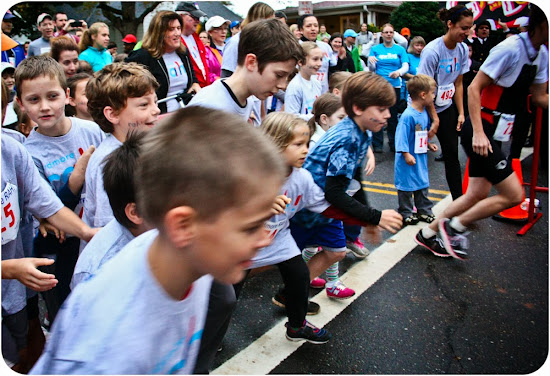 They both came through with good time and smiles. A sign of a race well run. 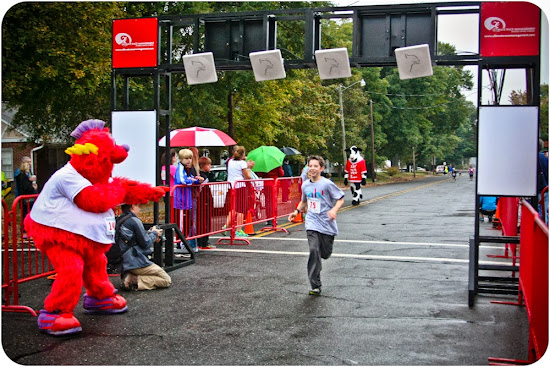 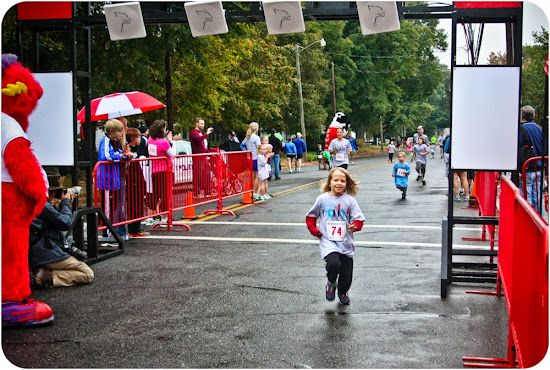 And then they were handsomely rewarded with arm paintings and a huge inflatable slide. All the makings of a good first race, I think. 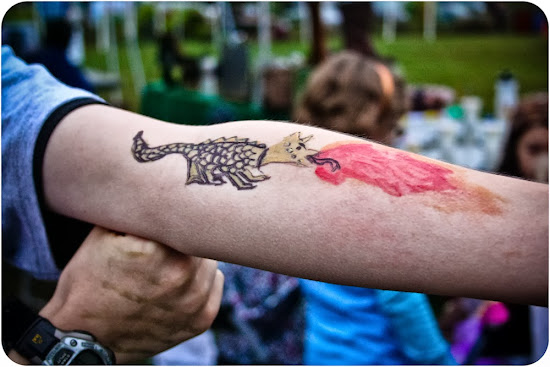