a mess in the backyard

The saga of the backyard fence began, unbeknownst to us, back when we moved into this house nearly 10 years ago. One of the appeals of this neighborhood property was the fact that our backyard shared a property line with a farm full of cute animals, mostly cows at that point. We enjoyed watching the cows as they grazed and eventually gave birth and raised baby calves. They ate everything in sight and would even happily eat our grass, which we often dumped over the fence to them. 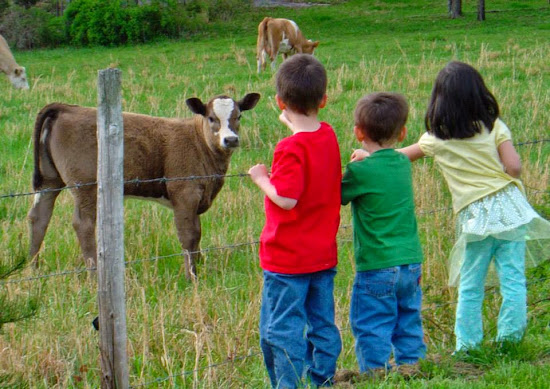 Eventually, the cows were exchanged for horses and they still ate a good bit of the brush from around the property, although we did have some blackberries that came up along the fence line. We were actually thrilled about the blackberries. Who doesn't love free food, especially if it's just growing in your backyard! 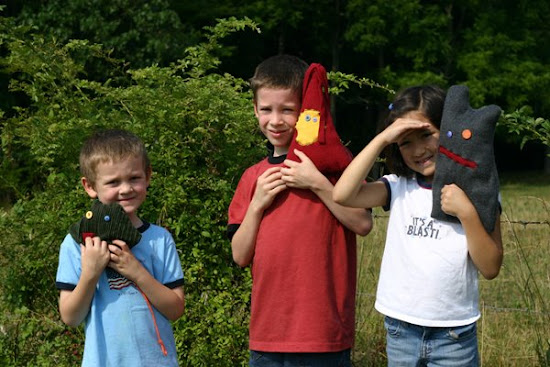 Eventually though, the farmer passed away and the animals left. With no one to pay much attention, the forest and field ran wild and started bleeding through the fence and into our yard. Even many of the blackberries were crowded out by the pokeweed and dozens of small trees that sprouted up here. 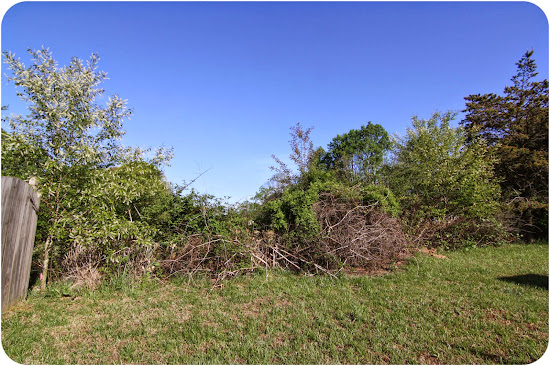 The brush and vines became so thick that we couldn't even see much of the farm unless we were upstairs. Eventually even poison ivy became part of the mix and to top it off, the smallish trees were becoming larger trees and started shading my garden! 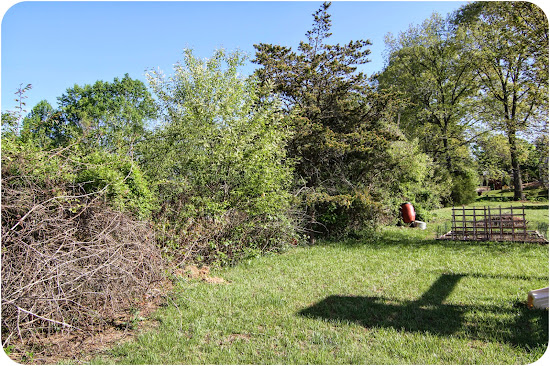 Clearly, we needed to get a handle on things before our garden area was completely shaded and overgrown. 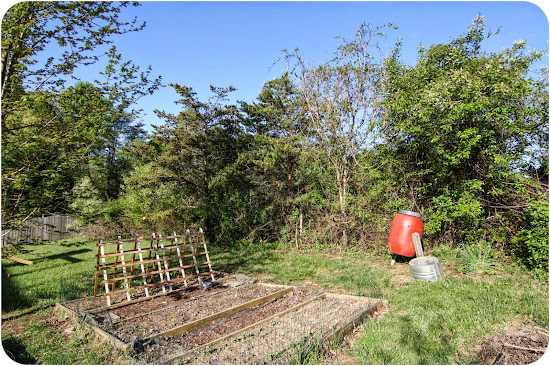 Sunday morning, a couple of nice fellows made short work of this area. I was very impressed. We did decide to keep 2 trees back there, a wild cherry tree and a pine tree. Neither are a shade threat to the garden but will shade the part of the yard where the kids play most. 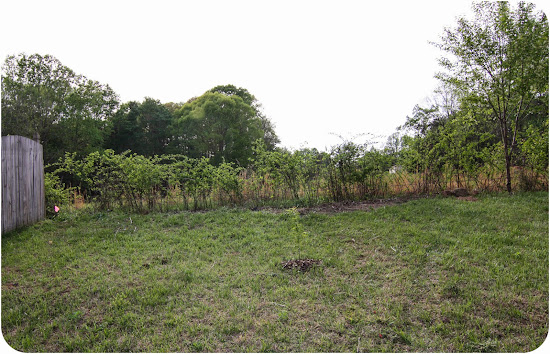 We still have a great deal of work to do along the fence as there are numerous twigs and debris left over from the removal. There is even still some poison ivy hanging around back there. We're hopeful that the coming rain over the next 2 days will wash some of the residual oils away so we can finish pulling up the roots. 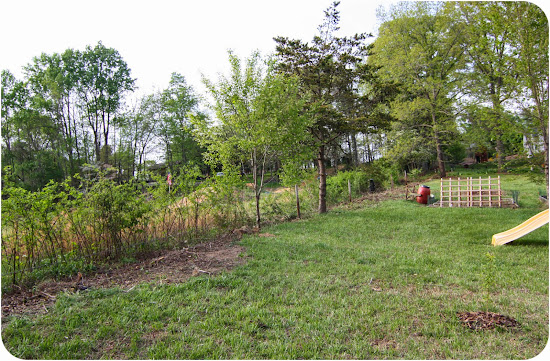 There are also still hundreds of blackberry canes back there but most are at least a foot from the fence. Hopefully we can do a better job, with the help of a brush blade for our weed whacker, of keeping the field in it's place. 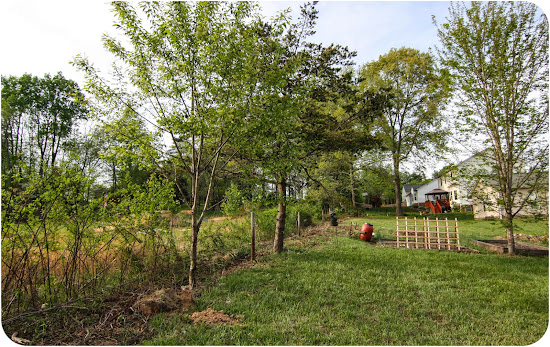