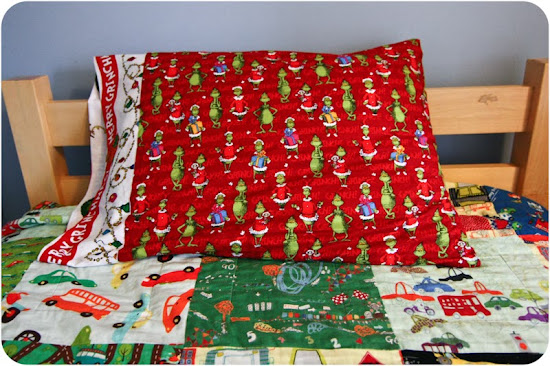 As I started to make Finn's, I realized that the yard of Grinch fabric I bought wasn't oriented correctly to make an entire pillowcase. Henry's Grinch fabric had the same problem. Fortunately, they share a room and both fabrics had the Grinch! I simply combined the two as a border and solved my problem. 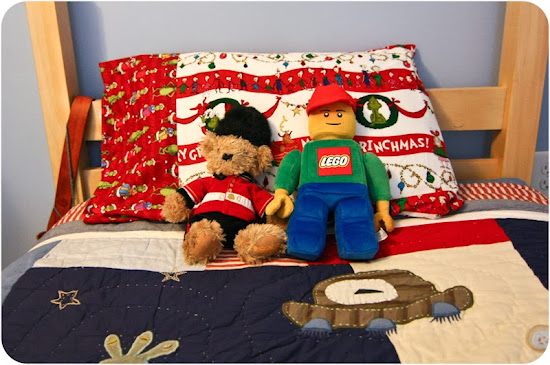 I chose Paulie's fabric from the Peanuts line. I tried to pick a fabric that was a bit more subtle so that as he moves further into teenagehood he might not be embarrassed to use it. Then, of course, I worried that he might think his too boring. Fortunately, he seemed to like it. (You never know how teenagers are going to react to these things!) Now of course, Elizabeth wants to know why she's the only one in the house who didn't get a new Christmas pillowcase. (See! Teenagers! They are so hard to figure out!) 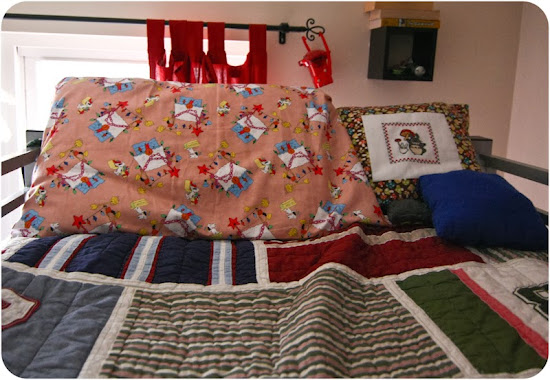 She might not be getting a new pillowcase for Christmas, but I did start working on a sham to match the quilt she's receiving for Christmas. I think ultimately she'll enjoy this more anyway. 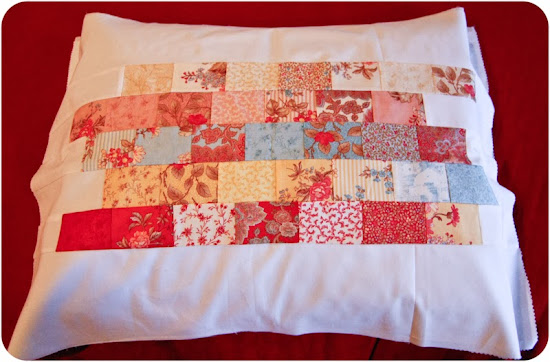 Once her sham is finished, I'll only have ONE thing left on my Christmas sewing list. The light at the end of the tunnel!